The incrementally upgraded tablet, in its most popular form factor, also makes for a useful purchase for the serious business user 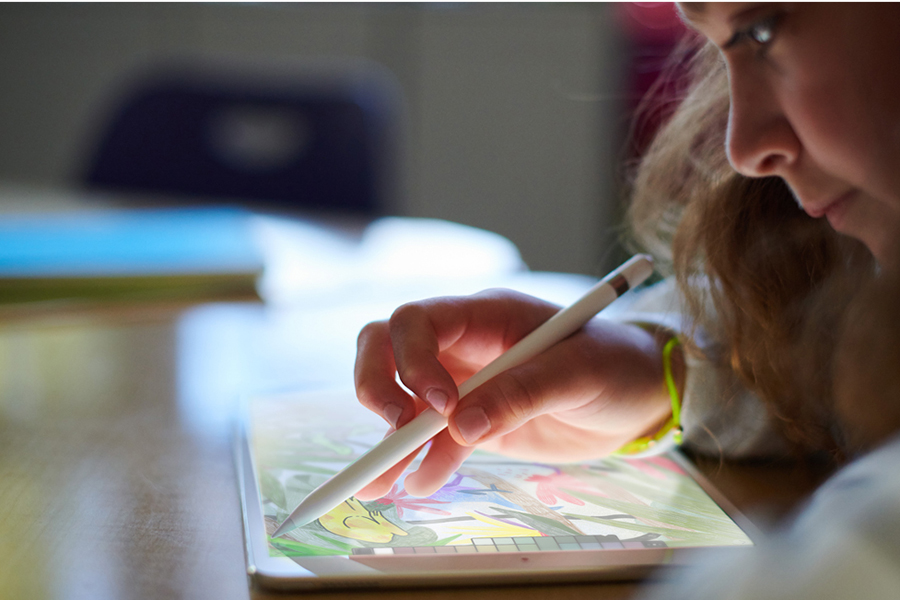 Apple has released an upgraded 9.7-inch iPad, incorporating the A10 Fusion chip, the same one that goes on the iPhone 7, and support for its digital pen, the Apple Pencil. The 9.7 inches refer to the across-the-diagonal length of the display, and this size is Apple’s most popular tablet.
The company also released new education software tools, which in combination with the iPad are supposed to help students and teachers make learning more interactive, collaborative and productive.

The price, however, as with most Apple products, will make the new iPad a far more attractive option for the serious business user. The iPad is expected to cost around ₹28,000 in India, according to the maximum retail price — under local rules — indicated by Apple for the base model. Apple has not mentioned a specific date from which the tablet will go on sale in India, but it is expected to ship here in April, according to the company’s website.

Other specifications of the iPad are as follows: The liquid-crystal display has Apple’s proprietary Retina display technology, which makes text and pictures crisper to view. The display has an oleophobic coating to resist fingerprint smudges. The tablet weighs under half a kilogram, at 469 grams for the wifi-only version and 478 grams for the one with with SIM tray, which will take a nano-SIM card. It has the same 8MP and 1.2MP cameras found on the previous 9.7-inch iPad.

Given that Apple’s products from the iPhone SE onwards support Reliance Jio Infocomm’s SIM cards, this latest tablet will probably also do so, making it worthwhile to consider the cellular version. This writer would also recommend the model with 128GB of internal storage over the base model of 32GB.

Buying an Apple tablet with a cell connection and higher storage usually means a significant jump in price over the one mentioned for base version. For example, the wifi+cellular model will set you back by ₹38,600 for the unit with 32GB internal storage. The 128GB wifi-only version could set one back by ₹35,700 and for the top-end unit with cellular connection, the price is ₹46,300. The Apple Pencil, is of course, sold separately, at ₹7,600.
The upfront setback would probably pay off for the business user, especially, by way of productivity on the go, without having to worry about sharing a phone’s net connection or carrying an additional portable router and so on. And peace of mind too that one’s favourite movies for the long-haul flights won’t leave any space for work-related files or app.

The education software, which Apple launched at an event in Chicago, is called Everyone Can Create. It is a free curriculum for teachers to integrate drawing, music, filmmaking or photography into their existing lesson plans for any subject. The new curriculum joins Apple’s Everyone Can Code initiative, according to the company.

Tweets by @forbes_india
Ranjan Pai: India's new health care czar
If you can hold the price for longer, you own the market: Adarsh Jatia