Despite its large number of mobile internet users, India is still a nascent digital economy and stands to benefit from the large tech companies plans for their future growth 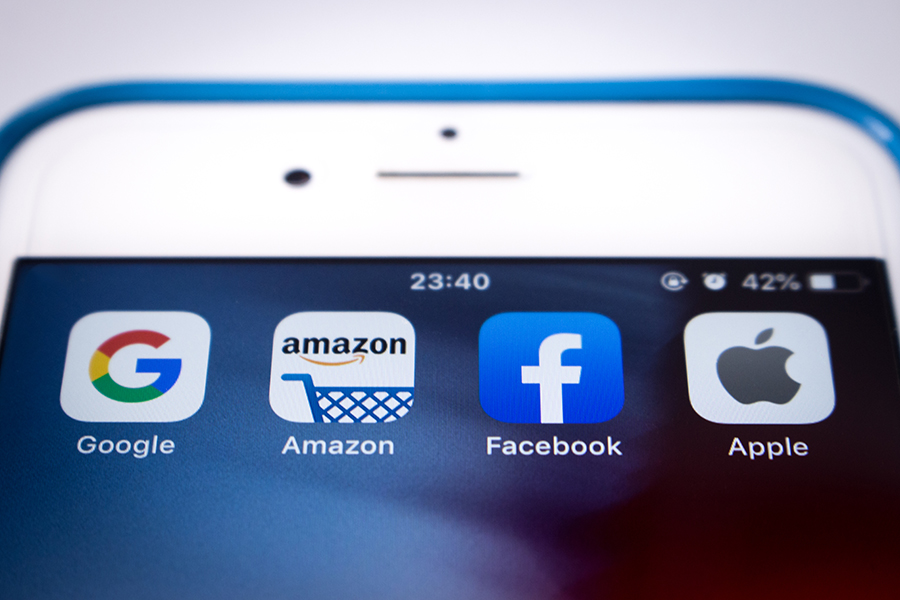 GAFA—the acronym used for ‘Big Tech’ formed of Google, Apple, Facebook and Amazon—the world’s biggest technology companies, are pouring billions into India, seeking market dominance, even as their power over the digital economy at home is being questioned by lawmakers in America.

India, the world’s largest internet market by number of users after only China, is a beneficiary of these four companies’ plans for their future growth. With the exception of Apple, the other three companies find that China is a closed market for them. That, after dominating their home market, America, leaves India with its 1.3 billion people and more than 600 million people using the internet on a monthly basis. India is projected to have 639 million monthly active internet users by the end of this year, according to a projection in May by the consultancy Kantar. That compares with 574 million in May. One Wednesday, the chief executives of the four Big Tech companies were questioned by a 15-member anti-trust panel of the US Congress—comprising both Democrats and Republicans. They were grilled on issues from whether the companies killed off younger competition or misused data to further their market dominance. On the other hand, despite their already large presence in India, the Big Tech companies face a nascent internet economy in the Asian subcontinent. Their services are used by hundreds of millions of people, but they make little money out of it relative to their home market. That will change as the Indian economy grows over the next decade. That India has also leapfrogged into the mobile internet era and has a strong, globally admired, digital payments backbone also makes it an attractive market. Earlier this month, Google announced it was investing $10 billion in India over the next five years or so to help accelerate the adoption of digital services in what is perhaps its most strategically important overseas market. The internet search giant has already struck a deal to invest $4.5 billion in Reliance Industries’s Jio Platforms, which includes the country’s biggest mobile service provider with over 400 million subscribers. Google’s investment followed an even larger investment, of $5.7 billion, by Facebook in Jio Platforms. Facebook and Jio are already working on connecting India’s millions of small offline stores with their local consumers via an ordering and payments network riding on Facebook’s WhatsApp service. Google has its own popular payments services called Google Pay and it will be sooner rather than later that Google and Jio find synergies around it. Amazon is investing in literally every aspect of its operations in India — from the core ecommerce business to its Prime subscription services to new plans for Indian sellers to export their goods. Amazon is already known to have invested at least $6 billion in India and will likely invest more as it competes with Walmart’s Flipkart unit and Alibaba-backed Paytm in India. Online ordering of groceries, for instance, is a massive opportunity in India. While the category leader currently is home-grown BigBasket, almost all grocery shopping in India happens offline and a long-term online winner is yet to emerge. While Apple has taken its sales in India to millions of units a year, over the last three years or so, it lags far behind the Chinese handset makers such as Xiaomi and Korea’s Samsung Electronics, which all sell Android handsets. On the other hand, in the premium handset segment, priced at $500 or more, Apple led with 75.6 percent market share last year in India, research company IDC estimated in February. Last week, multiple media reports said that Apple had begun making its flagship iPhone 11 in India, at its contract manufacturer Foxconn International’s factory near the southern city of Chennai. This could help Apple sell its premium phones at more competitive prices in India and some reports suggested it could even export them from India.​

Tweets by @forbesindia
The government's empty pockets
Becton Dickinson: Taking a lead in innovative healthcare delivery by advancing the world of health