China's Xiaomi is building its Indian fan following beyond the geeks

With its latest Android-based operating system, MIUI 8, and investments and partnerships from Hungama to Mobikwik, Xiaomi wants to capture its fans' imagination beyond flash sales and cheap prices 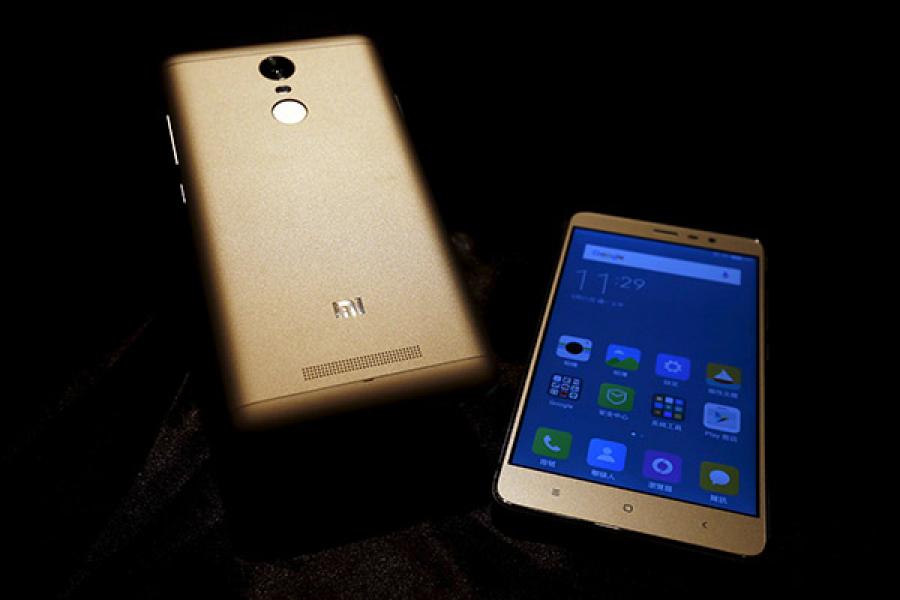 Xiaomi Corp., which can claim its share of credit for changing how smartphones are sold in India, just finished two years in the country. It has garnered a loyal fan following beyond the geeks who first welcomed its Mi 3 smartphone.

The Chinese smartphone company, which in less than six years has become one of the world’s top smartphone makers, and China’s largest, sees India as its next biggest market. While it sells more than a million smartphones in India every quarter, Xiaomi wants to migrate its “fans” to the idea that buying a Mi product isn’t only about its next smartphone.

That involves everything from wearables to monitor your sleep to wifi routers and air purifiers that can be part of a smart home, to payments and watching Warner Brothers movies on the go. Xiaomi wants to tie all of this into an easily navigable whole. The smartphone, which today accounts most of the company’s revenues, is only the means to that end - to become a strong internet company.

This coincides with the anticipated growth of 4G networks in India alongside a doubling of the smartphone user base to about half a billion people in the next few years. Music is already very popular and video is on the rise.

Earlier this year, the company led a funding round of $25 million at Hungama Digital Entertainment, the country’s largest mobile entertainment company. This gives Xiaomi access to both local and international content, which Hungama licences in India. “The idea is to integrate the movie watching, music listening experience into the device, so it's much more than an app. It's part of the platform, if you will,” Barra said.

Another service is a partnership with Mobikwik, a mobile payments startup in Gurgaon, to offer a one-click mobile plan top up - a very handy feature in a market like India where most people have prepaid plans. The feature slides in a top-up option without the user having to leave the text message that, say, is an alert that more money needs to be added soon.

"It's a brilliant thing for us, because that's a transaction, to be clear. We can make money from that transaction," Barra said. "The challenge for us from a product point of view is finding all these opportunities to integrate services into the operating system that power our business model."

And they can be user-paid services, premium content services, recharges, ringtones and so on. Xiaomi has just launched a ringtone service, again partnering Hungama, providing popular soundtracks from Bollywood movies that are current as ringtones. These are initially free but over time Xiaomi expects them to be popular enough for it to charge for them.

The second part of the plan to make money from internet services is more gadgets. Xiaomi is just about to launch the Mi Band 2, which has a small display that the first generation version lacked, but was still popular as it sold for less than Rs 1,000 in India.

It has no GPS, sorry runners, as that would have made it costlier, but even so, an important part of the attraction remains the focus on monitoring sleep.

It has a companion app that one loads on an android smartphone, which in combination with the wristband, does a fairly sophisticated job of analysing a user’s sleep data, heart rate and so on. Barra has another app on his Mi phone, with which he demonstrated he could to check the Mi air purifier, also in its second iteration, in his bedroom in his Beijing apartment.

“When someone buys one of our phones, they are actually buying into our whole ecosystem,” he said.

The company prices its products aggressively, selling directly to consumers and almost exclusively online, without investing in a physical network of shops. The bulk of the company’s revenues, however, still come from smartphone sales. The internet services as well as other products, such as the air purifier, are nascent businesses.

In China, where the internet services are far more mature, Xiaomi doubled its average revenue per user (per month) or ARPU in the first three months of this year versus the same period last year. Barra declined to provide specific numbers.

When it entered India in July 2014, Xiaomi started out as a quirky brand that very few people had heard about. “Only the techies had heard about us,” Barra said. That helped, rather than hindered, because the plan was to go online only, cut out expensive investments in physical retail stores and the related overheads, and get a wild campaign going that would keep everyone guessing about the next move.

With Mi3, “the first flagship smartphone to ever sell under 20k (Rs 20,000),” the company bagged its first several tens of thousands of “fans,” Barra said. Xiaomi sees all its buyers as “fans” and uses Facebook, Twitter and its own volunteer-led forums aggressively to get and hold their attention.

“When we entered the Indian market, something like 15 percent of smartphone sales in the country happened online,” said Manu Jain, formerly a co-founder of fashion ecommerce company Jabong, whom Barra recruited to run Xiaomi’s Indian operations.

Xiaomi’s flash-sale model helped catalyse the move to online sales of smartphones. Other Chinese companies, including Lenovo Group, ramped up enthusiastically, and today one in three smartphones sold in India is sold online. Xiaomi itself sees 90 percent of its sales from online channels, via ecommerce sites such as Amazon and Flipkart, in addition to its own site.

Mi Store, Xiaomi's mobile app that can be used to buy the company's products, has been "organically" downloaded more than a million times on the Google Play online app store, Jain said, meaning without any big marketing push from the company.

Barra jumps in to point out that the company loves to mix ecommerce and social media. Immediately after the interview with Forbes India, Barra was heading back to the company’s new Bengaluru centre to go live on Facebook, with the company's head of product development in India.

Typically such events involve demonstrations, playing online games to demonstrate the capabilities of Xiaomi's handsets, comments from thousands of "fans," flash discounts on smartphones and a few super-loyal fans walking away with surprise gifts as well.

There are no executives in India who've exposed themselves to their customers on social media at levels anywhere near where Barra and Jain have done, they point out. “That has given our brand a pretty unique personal feel," he said.

That powerful brand association means that if there is a problem with a smartphone the fans get to complain directly to Jain and "some of them might even know where he lives" Barra jokes.

An important criteria that Barra sought to match Jain against in recruiting him was his ability for strong social media interactions with customers. "He has the biggest smile on the planet" Barra said.

And why not? In the July-August 2015 quarter, Xiaomi sold over a million smartphones in a 90-day period for the first time since it entered in India. "After that, every quarter, we've been selling more than a million phones every quarter," Jain said.

Now, the company also locally assembles three out of four phones it sells in India. The ones that are still imported are either the top end flagship phones, including the Mi 5, and those that will soon be seen as older phones, such as the Mi 4 and the Mi 4i.

Xiaomi has also put together a team of software product developers, which continues to add everything from simple themes to more handy features specific to India. The accent is always on the fun features, however: For instance, Jain demonstrates a Shah Rukh Khan dresser-upper on his Mi 5, which needs the user to get the film star’s clothes, shoes and accessories to match for the background to change to a still from the movie in which he wore those clothes.

More seriously, MIUI today supports 14 Indic languages. In another feature, in using banking apps, Xiaomi has built in an OTP-copy button, eliminating the need to memorise the number or entering it wrong.

Such things are possible because Xiaomi builds its own operating system, called MIUI. It is based on the stock Android version that Google develops and distributes as an open source software. MIUI gives Xiaomi greater control over the look and feel and the capabilities of its smartphones. It has just released MIUI version 8.

As with Hungama, for now, Xiaomi isn’t making any money from all these initiatives. They are being offered as value-added services free of cost. For instance, buyers of Mi Max, the company’s latest jumbo phablet release in India, get some Warner Brothers movies exclusively available via Hungama on those handsets.

In the long run, Jain and Barra expect to migrate their Indian fans to the levels where consumers are in China today, already paying for various services.

The traditional model is to sell a smartphone at a certain margin and hope that the customer will come back for the next one. "Of course we hope for the same, but we also see the smartphone as a platform. We care about the user and their engagement on a monthly basis and not just about their purchase," Barra said.

The plan is that monthly engagement will translate into greater revenues. “At some point of time, we’ll start charging,” Jain said.