Indian advertising expected to grow by 13.5% in 2017: Pitch Madison report 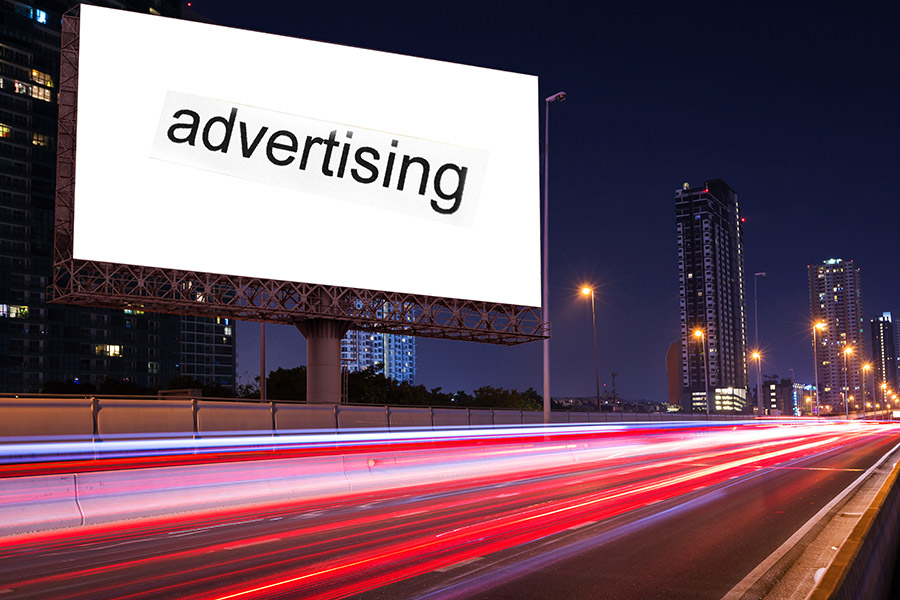 Image: Shutterstock.com (for illustrative purposes only)

The Indian advertising market is expected to grow by 13.5 percent to Rs 56,152 crore from Rs 49,480 crore in 2016, says Madison Media Group in its report titled, Pitch Madison Advertising Report 2017, which was released on Thursday.

The report notes that while 2016 was a slow growth year for Indian advertising with the first half of the year growing at 13 percent, the growth had accelerated to 16 percent by October. However, the sudden demonetisation announcement by the government led to the growth rate dropping to 8 percent in November and December. The move wiped off Rs 1,650 crore from advertising expenditure (AdEx) in November-December, according to the report. Overall, growth in Indian advertising slowed down to 12.5 percent in 2016. In contrast, growth from 2014 to 2015 was 17.6 percent.

As expected, the growth for the ad industry came mainly from digital, which grew by 40 percent to Rs 7,315 crore from Rs 5,120 crore in 2015, and now claims 15 percent of the total market. The growth for all other media – television, print, outdoor, radio and cinema – slowed down to 8.5 percent.

In terms of category-wise AdEx, FMCG continues to be the leader with 32 percent. Hindustan Unilever was the largest spender with Rs 2,500 crore, followed by Amazon and Procter and Gamble. FMCG is followed by auto at 10 percent and telecom at 8 percent. Interestingly, ecommerce, which was seen as one of the largest advertisers in 2015, has contributed only 4 percent to AdEx in 2016. Close to 50 percent of print’s growth of Rs 1,216 crore is accounted by only four categories, namely FMCG, auto, education and BFSI. Similarly, nearly 44 percent of TV growth of Rs 1,570 crore is accounted by FMCG.

“... growth rates will vary widely from month to month. We expect the market to grow by just 8 percent for the period from January to April 2017, 14 percent from May to October and 24 percent in November and December, given that market had de-grown by 8 percent in November and December 2016,” says Sam Balsara, chairman, Madison World. Optimism for good growth in AdEx starting May comes on the back of several government initiatives, including high government investment in infrastructure, lower corporate and personal taxes for small and medium companies and the masses, good government support for the poor and consequently the wide-scale expectation of yet another year of high GDP growth. 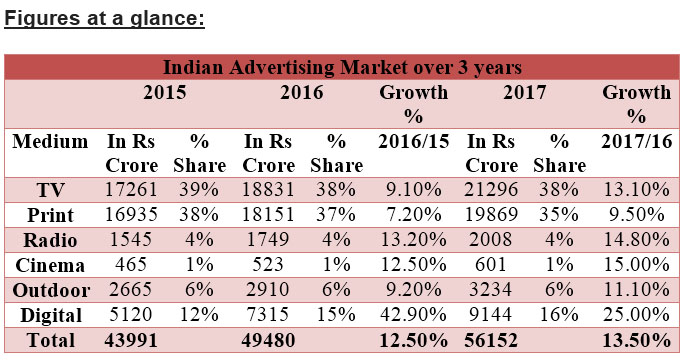