The Covid-19 pandemic will redefine supply chains and investment metrics, and Asia could benefit from the renewed focus on youth demographics, says the founder of Marcellus Investment Managers 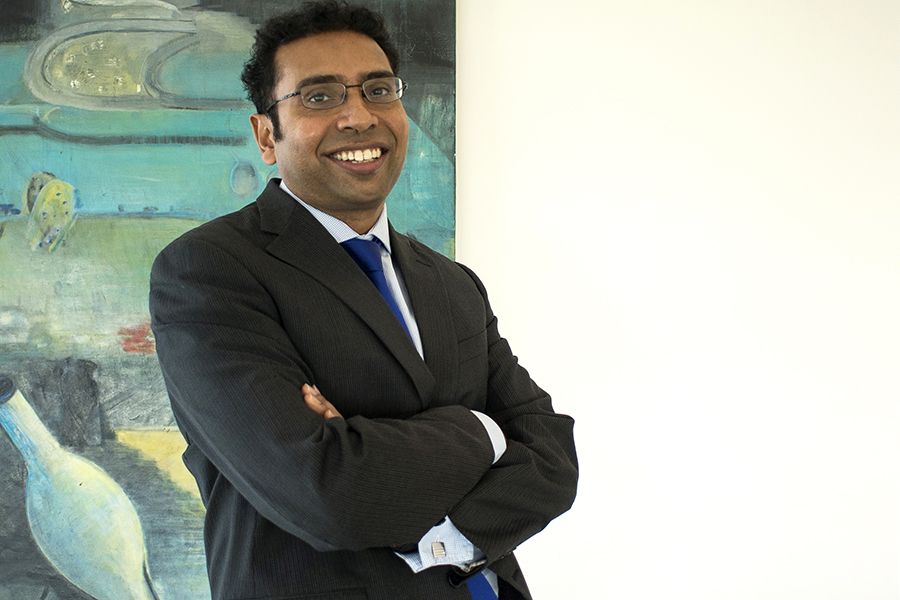 What’s interesting though is how this has mutated from an issue which was Asia-centric to a western-centric issue. The issue is no longer our dependence on Chinese imports—that doesn’t seem to be much of an issue as the Chinese supply chains are being revived. The question now is, can we insulate our financial system from the panic setting in, in the western hemisphere?

In fact, if you think about it, it’s not even an issue of ‘Can our healthcare system deal with this crisis?’ It will probably struggle, but that struggle won’t have a massive economic impact in our country. The issue is more about ‘Can our stock market and broader financial system wean itself of its dependence on the West?’ Because if we can’t, then regardless of how robust the Indian economy is, we will gyrate with the western stock market.

If you see, the Chinese stock market hasn’t been punctured at all because rightfully or wrongfully, they are not dependent on western markets. Whereas in our case, its highly unlikely that Q4 earnings, barring airlines and hotels, which are an inherently small part of our stock market, will show meaningful disruption. And yet, stock prices have been pulverised because foreigners have sold $5 billion in five days. That, I think, is the most fascinating aspect.

So while the coronavirus crisis started out looking like a complete real economy issue, within two months, it has become a financial system issue. This is the first time we’re seeing this happen.

Q. Which is why governments around the world are shoring up their economies with rescue packages worth hundreds of billions of dollars…
That’s right. While the US and Europe have not yet gone into a slowdown, governments are saying that even before it happens, preemptively, we will fiscally and monetarily stimulate the economy. The monetary stimulus is as much for the financial system as it is for the real economy. The fiscal stimulus is for the average Joe on the high street in the western world.

The western politician is saying, ‘My economy is in complete lockdown, so it is inevitable that the economy will shrink. We have aging populations; our healthcare systems are not designed for this kind of a mass virus. They’re designed to deliver high quality care for a small number of people, and hence we will preemptively stimulate our economy.’

In India, the reason policy makers are confused is because they can’t figure out how much they should worry about the financial system shock. At one level, the financial elite—people like us—are not really their core voting constituency. On another level, they can’t figure out if this is a real economy issue and whether it will have a meaningful impact on the average Indian farmer or factory worker.

So the challenge facing Indian policy makers is far greater. Within a matter of two months, they have gone from worrying about protecting our pharma supply chain from dependence on Chinese imports, to worrying about saving some of our banks and larger NBFCs; from worrying about Chinese auto parts imports to whether we need a ban on short selling.

Q. Given that this crisis has affected both the real economy as well financial markets as you mentioned, how will it redefine our supply chains and the way we invest?
The supply chain point is non-negotiable now. Fortune-500 companies will reengineer their supply chains to reduce their dependence on China. The extent to which India can take a slice of that supply chain is subject to debate, but I’m sure we will get some slice of it. It could well be that countries like Vietnam and Bangladesh also play a significant role.

To the second point, what will now enter the investor lexicon is the average age of the country. So far, investors would look at inflation, GDP growth, current account deficit—all the standard metrics. Now it will be impossible for an investor to avoid focusing on demographics.

If you invest in Western aging economies, it has a price; in spite of advances in medical technology, societies are weakened by age. It’s a brutal reality that the coronavirus has hammered home. Therefore, an investor sitting in London, New York or Beijing, will say, ‘I have to increase my exposure to younger economies, younger demographics, which are primarily in Asia.’

The demographic dividend therefore will come home to roost for India in the most unlikely manner. We used to tell ourselves that our youth have no jobs, they are not educated, not trained. But look at the death rate across Asia over the last three weeks—China, Japan, Korea, Taiwan, Vietnam, Thailand, Pakistan, a whole gamut of countries, many of them without great healthcare systems, simply haven’t seen the number of deaths Italy or France have seen. Places like Taiwan and Vietnam, which are almost like extensions of the Chinese economy, have not seen many deaths. It’s unbelievable. I’m willing to believe Korea has done some wonderful work from what I’ve read, but I don’t believe that Iran was doing a remarkable job on saving its population.

So the benefit of youth is clear. Earlier, the point of view was that unless they’re trained, healthy and employed, the youth can’t give you a dividend. That notion now goes out of the window. From an investor’s perspective, the average age of the country’s population will become a powerful metric. That itself will realign the way a lot of global investors park their money. You’ll see a lot of capital heading towards Asia once prices settle.

Q. What are the similarities and differences between this crisis and the global meltdown of 2008?
The most obvious similarity is that both felt like a jump into the abyss. Everybody believed that the world is going to come to an end.

Where the two are dissimilar is that this is quite obviously a temporary economic lockdown. We can quibble about whether temporary is two weeks, two months or two years. In 2008, it wasn’t so clear how temporary it was. Back then the edifice of America and Europe’s financial system disintegrated, and nobody understood how you could repair so much financial system damage. What the Fed did with TARP etc [Troubled Asset Relief Program wherein the US government purchased toxic assets and equity from its financial institutions to strengthen the financial sector] is great post facto, but in November 2008, nobody really understood how to repair the system.

I think this one is easier as you can see the sequence of events—social distancing, lockdowns, widespread testing, cheap tests made extensively available followed by a vaccine, and a degree of normalcy therefore returns. Right now, whether that journey is a 10-week or 10-month one, we don’t know. But most people understand that sequence of events.

Moreover, if countries as diverse as China, Korea, Vietnam, Japan and Taiwan are able to get a grip on it, there’s no reason why countries in the West won’t eventually too.