The co-working space CEO says that an IPO is in the works over the next three to five years, despite WeWork's troubled run at the markets; and that co-working cannot be a valuation game as it is not a tech play, but a real-estate play 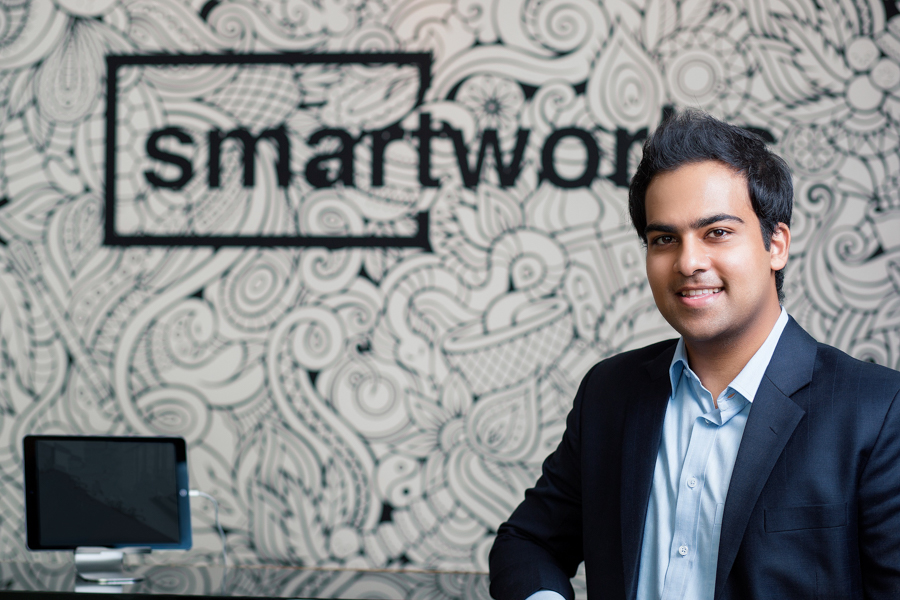 When taking the plunge into entrepreneurship, the most crucial factor usually is business opportunity. But for Neetish Sarda, founder of co-working solutions company SmartWorks, the biggest factor was risk. Says Sarda, who rolled out SmartWorks three years ago. “In this segment, the biggest risk is that you’re buying long and selling short—buying for 15 years and selling for one.”

Instead of wooing startups as many of his competitors did, SmartWorks put its eggs in another basket: Enterprises.

Unlike the West, where almost half of commercial real estate is consumed by startups, in India, it is still majorly dominated by enterprises. Attributing this strategy to SmartWorks’ quick growth, Sarda says that while revenues for the previous financial year were a little over Rs100 crore, the target for the next fiscal is Rs300 crore. An IPO is in the pipeline too, despite WeWork’s dampener.

“An IPO is the long-term goal, but the most important thing for us is to stay profitable,” he says, claiming that the company is already seeing profits, but declining to share numbers. Edited excerpts from an interview with Forbes India:

Q. What made you forego startup targets and go after enterprises?
When it comes to co-working, people usually think it's for startups. But our approach is very different. In three years, we've grown to over 2.8 million square feet and 23 centres, spread across nine cities including Delhi-NCR, Mumbai, Hyderabad, Bengaluru and Pune. Over 350 clients—or 90 percent of our total consumer base—are enterprises such as Microsoft, Amazon, Daikin and Carrier.

Unlike the West where about 45 to 50 percent of the commercial real estate consumption is by startups, in India, almost 95 percent is by enterprises. So we took this route to get into the larger market. Most of the co-working players in India—an estimated 400—are targeting startups, so it’s a cluttered market.

Q. Some of the services you provide are quite out¬-of-the-box, such as running errands for employees…
The requirements of a startup and an enterprise are quite different. We like to call ourselves an office experience company, somewhere between a co-working and a traditional office space.

In India, an average employee takes about an hour to get to work in the top cities. Add 10 hours in office, and where do you have the time to run your errands? At our centres, one doesn’t need to worry about such things. Employees can come early each morning, use the gym, eat breakfast and then get ready for work right here. During the day, we can have your clothes laundered and groceries bought too.

Q. You claim to be the second biggest after WeWork in India, in terms of space. WeWork’s IPO plan recently got shelved…
An IPO is definitely our plan in the long run. But the most important thing for us is to stay profitable. The business needs to make sense to grow. That’s why we remained bootstrapped for so long. One also has to be very particular about the kind of investor one wants to have. Staying bootstrapped has helped us have deeper skin in the game. We wanted to ensure that the model worked and reach a certain scale, and then look for funding.

Q. Suddenly startups have started talking about profit. Earlier, the narrative was top-line growth…
The proof of concept is reflected in a bloating bottom line. The business needs to make sense at the end of the day. It needs to pay you back in, say, six or seven years. That horizon for some businesses can be 10 years. But you can’t say ‘I will make money after 15 or 20 years.’ For us, it was always about profitability. The co-working business can’t be a valuation game. It’s not a tech play. It is a real-estate play with a tech angle.

Q. If you had been talking about profit a few years ago, you could have been branded weird…
[Laughs] It's good to be weird, especially when no one is talking about profit. While we are focused on the bottom line, we're not compromising on our growth. In fact, we are one of the fastest growing players in the industry, and yet we are profitable. Valuation is a number that someone else gives you. But business generates value for you.

Q. How do you plan to scale the business?
So far we have covered the Tier I cities. There is a market in Tier II and beyond as well. But we won’t rush into there because the opportunity in Tier I is still massive, and there’s much more to be done.

Q. In the midst of a possible slowdown, do you think banking on enterprises has turned out to be a blessing in disguise?
When we started this business, it was not only about looking at opportunity, but factoring in risk as well. And the biggest risk in the co-working segment is buying long and selling short. You're buying it for 15 years, and you're selling it for one year. So how you make sure that that one year becomes bigger, was the crucial thing to crack. We wanted to create a model in which one year would eventually grow to three or five years. While the average tenure in the co-working industry today is about 11 months, our average is close to about three years. So we have been able to convince enterprises that this is a better option than traditional office spaces, and you can be locked in for a longer tenure. Mitigating that risk was the reason that we looked at enterprises even at the start.

Tweets by @forbes_india
Addicted to screens? You are the problem
Family businesses-suppliers relationships: Standing the test of time