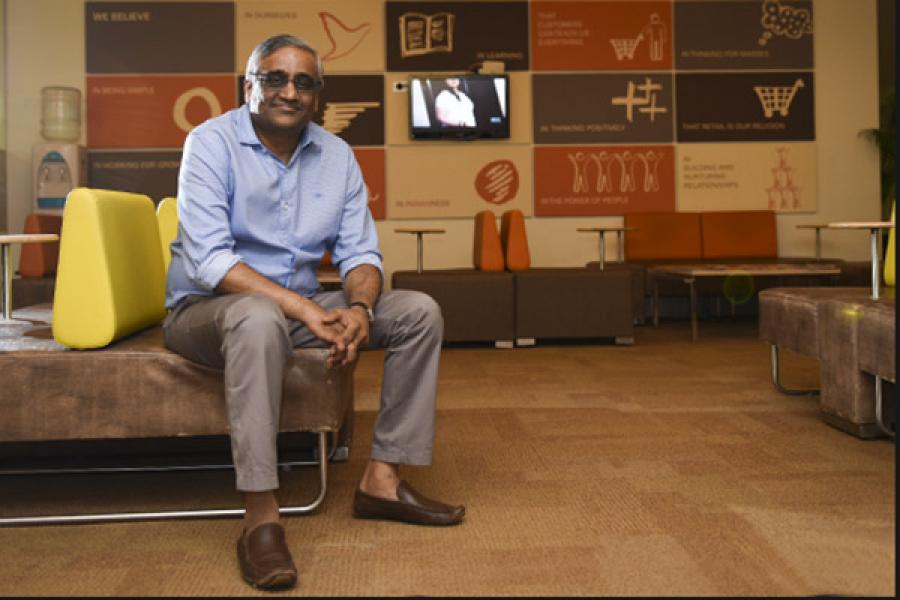 Image: Mexy Xavier
Kishore Biyani intends to be counted as a maker of quality consumer goods

India’s retail king Kishore Biyani intends to be counted as a maker of quality consumer goods as well. Brands like Tasty Treat, Golden Harvest and Clean Mate, which until now were available in stores owned by his Future Group, will now also be available with other retailers.

Future Consumer Enterprises Ltd, which makes everything from branded soaps to food staples, said on Thursday it would place its products on the shelves of rival Trent Hypermarket Ltd’s Star India Bazaar. This is the first instance of the company placing its products on the shelves of a competitor. Biyani’s Big Bazaar stores compete with Star Bazaar’s.

Biyani’s move assumes significance because it gives retailers another avenue to source quality consumer products and sell them at higher margins. This is vital as the business operates at not more than 5-7 percent profit after tax margins.

Retailers like Future Group, Trent and Aditya Birla-owned More have for a long time fought with big brands for higher margins. They contend that since the cost of distribution is lower (brands have to ship directly to their stores rather than have legions of salespeople going from shop to shop), the additional margins should be passed on to retailers. On their part, the big brands said their sales through modern trade are too small and incremental investments in maintaining their sales continue. Modern trade accounts for 11 percent of India’s $550-600 billion retail market, according to Boston Consulting Group.

At an event in suburban Mumbai to announce the partnership, Biyani said, “I can assure that Star India Bazaar will get much better margins than (from) any other FMCG company.” He spoke about how Future Consumer was experimenting with other distribution models, details of which would be announced soon. The company has set up a food park on the outskirts of Bengaluru and has acquired land to set up a plant in Nagpur.

Biyani has set a Rs 4,000 crore revenue target for the company by 2020. “I think every retailer will be selling our brands by then,” he said.

For now, it remains to be seen how far these brands are able to find favour with customers. For one, there is little by way of advertising; in the past, former India cricketer Sachin Tendulkar had been brought in as brand ambassador, but apart from that, these brands have not seeped into the consumer psyche. Second, India’s consumer companies have built up large distribution engines that will take decades for any new player to match. With modern trade being a fraction of traditional trade, it remains to be seen how effectively Future consumer brands can compete. They’ll work with price conscious consumers, but for the rest, he may have to work harder.

Tweets by @forbesindia
CNBC-TV18 records highest viewership in pre-budget week
GenNext: Good succession is a process, not an event