Financial services, industrials, consumer goods, technology and healthcare have been cited as the most attractive sectors to invest in while energy and basic materials are amongst the least attractive 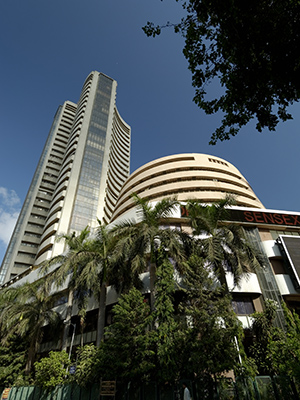 Image: Milind Arvind Ketkar/ {Shutterstock}
The World Bank forecasts India to grow 7.5 percent in the fiscal year ending March 2016, while the Reserve Bank of India has forecast a 7.6 percent growth for India in the same period

At least 70 percent of North American investors see India as the most attractive market to invest in, among BRIC (Brazil, Russia, India and China) nations, a survey by JP Morgan shows. The remaining 30 percent rank India second to China, the study shows.

India, like most emerging markets, is facing headwinds from the Greek crisis, which, some believe, poses contagion risks for some developing markets. India’s benchmark 30-share index, the Sensex, fell on Monday, in line with a fall across Asian markets, but recovered from intra-day lows as fears of a collapse across Europe eased. On Tuesday, the Sensex ended up 135.68 points, or 0.49 percent, at 27,780.83, on reports that the contagion from a possible Greek exit would be limited. Further, local research firms widely believe India will ride out of this global worry.

China garners the highest share (47 percent) of BRIC investments, followed by India at 24 percent. Brazil (23 percent) and Russia (6 percent) fall next in line. The survey was based on responses from 30 investment professionals from some of the largest North American fund houses, through which investments into Indian companies are made. These investors usually buy into the Indian companies through American Depository Receipts (ADRs) listed overseas or trade in ordinary shares through global funds. The survey was carried out between December last year and January 2015. 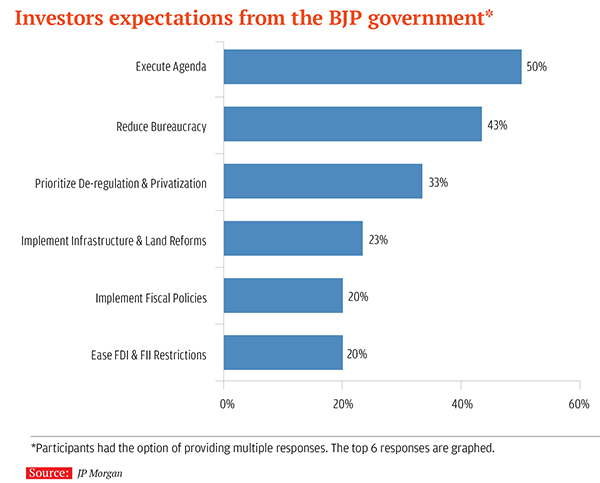 But 40 percent of investors also cite India’s restrictive policies on foreign investors as a primary deterrent to investing. These investors find that registering and gaining access to trade local securities is a costly, lengthy and cumbersome process which often weighs on their decision to invest in India. They attribute these challenges to the country’s historically closed-market stance towards foreign capital as well as the highly-bureaucratic structure of India’s regulatory and financial system, the report said.
Further, investors believe that undercurrents of corruption permeate India’s corporate, political, regulatory and social spheres more so than in other emerging markets, the report said.

Financial services, industrials, consumer goods, technology and healthcare have been cited as the most attractive sectors (till mid-2016). Energy and basic materials are among the least attractive cited as sectors to invest in.

A majority of investors are bullish over both the near- and medium-term, as they expect the government’s efforts to kickstart the economy to yield positive results immediately as well as sustainably over the medium term.

The World Bank forecasts India to grow at 7.5 percent in the fiscal year ending March 2016, while the Reserve Bank of India has forecast a 7.6 percent growth for India in the same period.

Regulatory data show that foreign portfolio investors have been selling Indian shares since May this year—worth Rs 84.88 billion—as domestic economic growth has yet to pick up in a major way and corporate earnings remain weak.

Tweets by @forbesindia
Thai Lee: The modest tycoon
Know your beer: Your guide to happy hours