Know your beer: Your guide to happy hours

Confused about stouts and pilsners? Here's your guide to happy hours 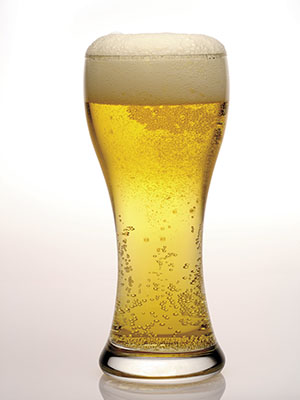 1. Pretty much all beers will likely belong to either the lager or the ale family. While ales are brewed at a higher temperature for a shorter time with yeasts fermenting at the top, lagers are fermented at lower temperatures for longer with bottom-fermenting yeasts. In fact, lager gets its name from its need to be stored over its long fermentation period (in German, ‘lagern’ means ‘to store’). Although it’s simplistic to categorise the tastes, we could broadly say that lagers tend to be lighter, while ales are robust and more complex.

2. If you like it bitter, the pale ale (named after lightly roasted ‘pale’ malts) is for you. The India Pale Ale—a better-known family member—was originally brewed with extra hops (hence, extra bitter) to help it survive the sea voyages of British troops to India in the 18th and 19th centuries. It pairs well with bold food flavours, especially curries.

3. Porters and stouts—they get their names from their popularity among transportation workers of London—are popular varieties of ales. Both are essentially dark and strong, but stouts are the stronger, full-bodied versions of porters. The earliest varieties of stouts are believed to have been brewed in Ireland. No surprises that Guinness ranks among the most popular dry stouts in the world. Its perfect pairing? Raw oysters.

4. Feels like a 24x7-beer kind of a day? A wheat beer would be the perfect tipple. The wheat added to the barley during brewing adds very little flavour but a distinct, silky mouth-feel. It’s light and aromatic, and goes well with just about anything, sausages in particular. Bavarians swear by a brunch of weissbier and weisswurst (a pale sausage).

5. One of the most popular lager varieties, pilsners were originally brewed in the Czech Republic’s Plzen, a town known for its spicy and floral Saaz hops. With their golden hue, pilsners have been cloned by both Europeans and Americans, dulling their clarity. But a true pilsner is identified by its effervescence, which lightens the beer on the tongue and a finish that cleans your palate. It’s a versatile beer and goes well with spicy Asian food as well as with delicate shellfish or fresh goat cheese.

6. The newest kid on the block, sour beer, is actually more of a comeback kid. Much before we knew the art of refrigerations and pasteurisation, beers would be sour as bacteria and yeasts would naturally enter the fermenters. Now, brewmasters are fermenting beers with wild yeasts to infuse tartness that was once typically associated with lambic, the beer from Belgium’s Flanders region. Despite their love-it-or-hate-it taste, the sours have found their followers.