Sudden ban on Rs 500 and Rs 1,000 notes could leave people in the lurch and utter state of confusion; but not for long 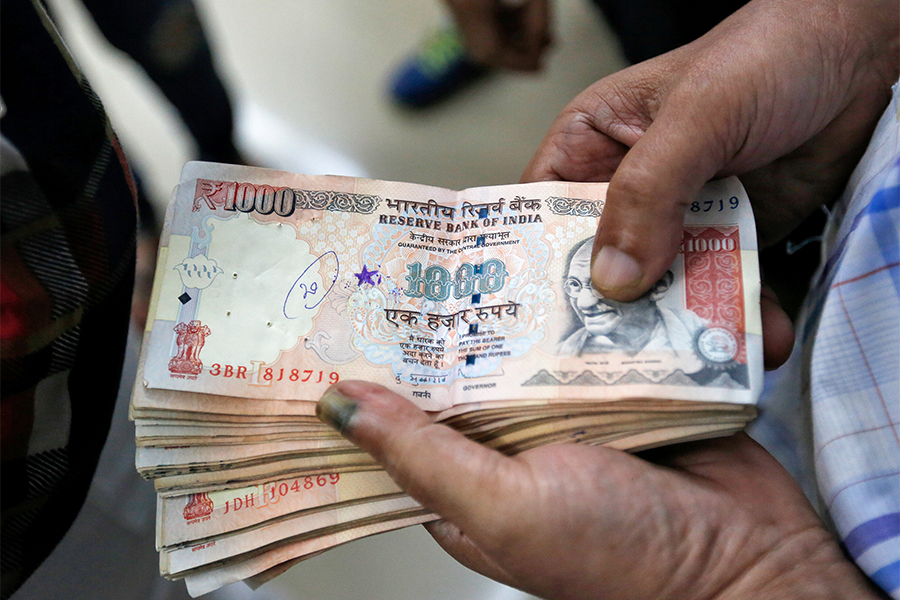 Barely a day after the government banned existing Rs 500 and Rs 1,000 notes from the market, a government official said the impact on the market will be manifold.

While the move is to curb black money menace in the country, it will also result in improved tax compliance. “So far, the efforts taken to reduce black money in the market have only been a met with partial success,” the official said on condition of anonymity.

The initiative will also give curb terror activities, even if it is short to medium term. Consider this: around 90% of the fake Rs 500 and Rs 1000 notes come in India from ISI and its associates in Pakistan. Last and not least, going forward, there will be more financial inclusion. While people will now be compelled to adopt digital banking; the poor too — under the Pradhan Mantri Jan-Dhan Yojana — will have to rely on technology and debit cards.

“The new notes, which will replace the ones that will go out of circulation, are expected to have much better security features,” Adi Godrej, Chairman of the Godrej Group. “In the short-term, there may be a shortage of access to cash, which can have an impact on consumer demand. But that impact will be made up later as stocks that diminish on household and retail shelves will need to be replenished,” he added.

All in all, while the sudden demonetisation has left the common people in the lurch and utter state of confusion, much of the problem will be solved once the new Rs 500 and Rs 2,000 notes come into the system later on Friday. However, one legitimate problem is the inconvenience it will cause for rural India where bank branches are not in close vicinity. That now will need to be addressed in the future.

Mostly hits but some misses in the short term?

The immediate impact may be seen in the wholesale channel that is likely to face supply disruptions, the result of which will be seen in the December quarter.  As per a report released by Bank of America Merrill Lynch, the wholesale channel forms over 40% of the sales for the Indian consumer firms (especially in staples). This channel works mainly on cash transactions and is likely witness liquidity constraints in the near term. That apart, the report also points out a possible slowdown in discretionary spendings, especially in high ticket items such as jewellery.

For other sectors such as real estate that almost run on a parallel economy, the curb on back money will come as a game changer. “In the immediate aftermath we can see a boom in low and mid segment housing since prices will stabilise,” said Rubi Arya, Executive Vice Chairman of real estate fund Milestone Capital Advisors Developers,.  “Relying on ‘cash’ to create artificial inflation will come down,” she said on the sidelines of Forbes India Leadership Awards (FILA) held in Mumbai on Tuesday.

Already, firms that facilitate digital payments for consumers are making merry. From Paytm, Freecharge to Ola, most of the new age economy ventures cashed in on the ‘ban’. While Paytm founder Vijay Shekhar Sharma, said “Paytm karo,” in an immediate reaction to the ban in the FILA, Freecharge reported a sharp 12X overnight jump in the average wallet balance as consumers loaded up their wallets to face a cashless day across the country.