Bollywood's original chocolate boy succumbed to a battle with cancer on Thursday, but will be remembered for his wit, passion and brutal honesty about both his opinions and his shortcomings 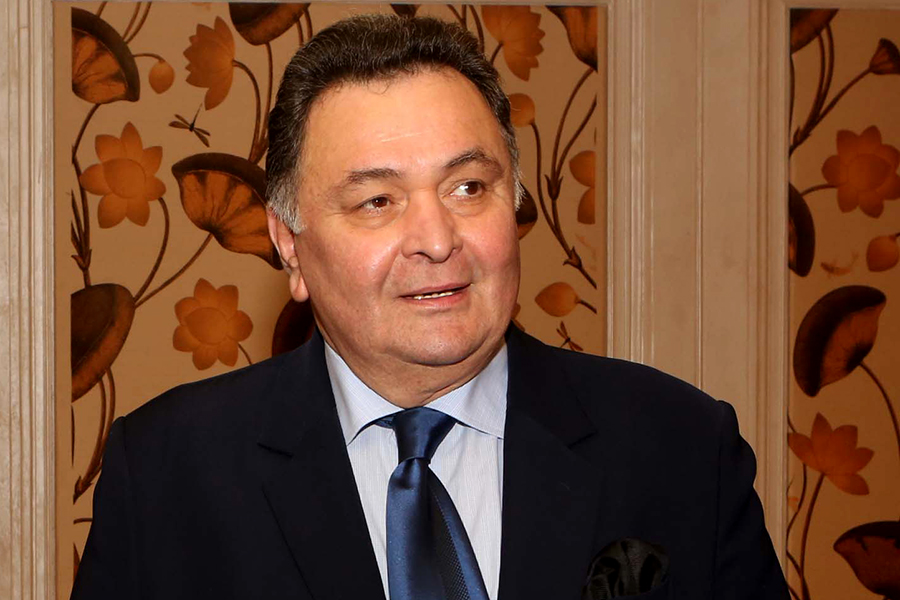 ‘I am destroyed’, were the words actor Amitabh Bachchan used while declaring the death of his friend and colleague on social media, a contemporary with whom he had made memorable films like Kabhi Kabhie, Coolie, Naseeb, Amar Akbar Anthony, and most recently, 102 Not Out.
Rishi Kapoor, 67, a third-generation movie star and Bollywood’s eternal romantic hero, died in Mumbai on Thursday after a long battle with leukemia. His death comes a day after actor Irrfan passed away due to cancer.

Kapoor was taken to HN Reliance Hospital after he suffered breathing issues on April 29. The actor had returned to India from New York last September, where he was undergoing medical treatment for almost a year. In February, he was hospitalised twice due to his health issues. He is survived by his wife, actor Neetu Kapoor; and children, actor Ranbir Kapoor and designer Riddhima Kapoor Sahani.

“He remained jovial and determined to live life to the fullest, right through two years of treatment across two continents. Family, friends, food and films remained his focus and everyone who met him during this time was amazed at how he did not let his illness get the better of him,” a statement from his family said. “He was grateful for the love of his fans that poured in from the world over. In his passing, they would all understand that he would like to be remembered with a smile and not with tears.”

After debuting as a young actor (and winning a National Award for the role) in the magnum opus Mera Naam Joker made by his father, actor-director-producer Raj Kapoor, Rishi Kapoor rose to fame with his very first lead role in teenage love story Bobby, alongside actor Dimple Kapadia, three years later in 1973. He was unabashed about being born with a silver spoon, growing up in a household considered Bollywood’s first family.

The actor was equally blunt about his failures, frustrations, shortcomings and the resultant plunge into depression and alcoholism, which took him a fight to overcome.

In an interaction during the launch of his autobiography ‘Khullam Khulla: Rishi Kapoor Uncensored’ in 2017, he spoke about how a spate of flops he suffered after his debut, including the 1980 reincarnation drama Karz.

“My films flopped and I was at ground zero. I was as good as any of my contemporaries. Then, I had to fight the system. Remember, I came with a romantic film and the same year [referring to Bobby], there came a storm called Amitabh Bachchan as the angry young man in Zanjeer and he changed the whole scenario,” Kapoor, the grandson of the legendary actor Prithviraj Kapoor, had said. “I was actually thrown into choppy waters and I had to keep my head above to survive. Nobody wanted to see a romantic film. I was struggling all my life after that. All of my 25 years I have battled and faced these kinds of heroes.”

In the early 2010s, Kapoor, fondly called Chintu, bounced back, reinventing his approach to films. He transitioned from the forgettable choices of the previous decade [read: a few outings like Raju Chacha and Yeh Hai Jalwa] to strong, memorable character roles. Close to what was his 40th year in the film industry, the legend was reborn with various sharp onscreen characters, including the ‘believer in the power of love’ Veer Singh in Imtiaz Ali’s Love Aaj Kal, a middle-class school teacher Santosh Duggal in Habib Faisal’s Do Dooni Chaar, a villainous Rauf Lala in Karan Malhotra’s 2012 remake of Agneepath, and a cranky nonagenarian Amarjeet Kapor in Shakun Batra’s Kapoor & Sons. Rishi Kapoor not only reminded people of his versatility but also satisfied the artiste in himself.

If there was one aspect of Kapoor’s personality that did not change through his lifetime, it was his brutal honesty. Be it in interviews or public appearances, his speech almost often brimmed with enthusiasm. He liked to be busy, didn’t mind public displays of arrogance, and spoke till his voice turned hoarse he was passionate about something. On social media, he was especially known for quips or searing takes on everything, from current affairs and political issues, to world cinema and TikTok videos.

In his family statement, a line said, “The doctors and medical staff at the hospital said he kept them entertained to the last.” And that is perhaps the legacy of Rishi Kapoor, continuing the flame of his father, Raj Kapoor: By being the eternal showman.

Tweets by @forbesindia
The feasibility of cyber-risk management to ensure social good
How Trust'N and his small business, Lost Boy Entertainment doubled their income