Courting So-So Customers Can Be Good for Business

Marketers often lavish attention on their best customers, but Stanford Graduate School of Business researchers James M. Lattin and V. Srinivasan suggest it may be more cost effective to increase their spending on clients who only occasionally use their products or services.

STANFORD GRADUATE SCHOOL OF BUSINESS — An award-winning paper by two Stanford marketing professors and a colleague could have major ramifications for how companies can improve business by strategically rewarding customers.

Although marketers often rely on history, spending more on their best customers, the research published in the journal Marketing Science suggests that it might be more cost-effective to increase spending on their occasional clients, according to research by marketing professors James Lattin and V. "Seenu" Srinivasan with Oded Netzer, PhD '04, now an associate professor of marketing at Columbia Business School. 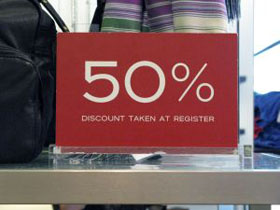 The research examined Stanford alumni and their involvement with the University over a 25-year period, placing each individual into one of three relationship states — dormant, occasional, or active — and observing whether actions such as attending reunions or volunteering made people more involved and more likely to donate to the University. Although companies usually don't have customer reunions, the dynamic model outlined in the paper can be applied to consumer marketing programs as well, Lattin said.
"Maybe people over time move from one group to the next," he said. "What if you knew what helps people move into that responsive state? Models enable us to ask, What if?"
Lattin offered casino giant Harrah's and its Total Rewards program as an example. As people are rewarded, the company can see which incentives turn out to be the most profitable. For example, someone who gets a free room upgrade might be more likely to stay at one of the chain's hotels rather than at a competitor's. "Certain types of people like chips; certain types of people like room upgrades or free meals."
"With our model, we can track the likelihood that a reward will shift the relationship state." Lattin said. For example, is a free meal or free chips more likely to move someone from the dormant category to the occasional one? "The marketer can test the program on a sample of customers and then implement the successful programs with the entire customer base."
Srinivasan said the conclusions of the research are most important in industries that can offer a variety of potential enhancements to customers — such as airlines, hotels, rental cars, telephone, and cable television providers — rather than just raising or lowering prices.
"Marketers can choose among instruments," he said. "Which of the instruments helps make the relationship better?"
In the study of Stanford alumni, getting people to attend a reunion was particularly effective in increasing involvement, Srinivasan said. Researchers found attending a reunion increased the likelihood that an alumnus in the dormant category would move into the occasional group from 10% to 68%. For those already in the occasional state the likelihood of them shifting into the active group increased from 28% to 53% if they attended a reunion.
The authors also found that reunion attendance strongly decreased the chance that people in the occasional state would fall to dormant.
The research and models that the three put forth helped them earn the John D.C. Little Award for best marketing paper of 2008 from the INFORMS Society for Marketing Science. The award recognizes authors who made a "cumulative long-term contribution" to the understanding and practice of marketing. Netzer, who did much of the research as groundwork for his doctoral thesis, spent hundreds of hours running computer models. He would have had an easier time if the study started today because computers and software are more advanced, and researchers have learned a lot about building these kinds of models, Lattin said.
"It's now going to be easier for companies to deploy models like this," he said, "provided they have the direct customer data." He added that businesses such as Procter & Gamble have a harder time tracking customer data because there is an intermediary: the store that sells the product. Those in the middle, such as Safeway, are offering more rewards programs that allow them to see which sorts of promotions work. Lattin is sure the manufacturers will want to find ways to take advantage of that sort of data.
The professor said marketers sometimes have a challenge persuading their company's upper management to let them spend money — especially when the economy is as weak as it is today — because the company's return on marketing investment is often unclear. Lattin said this model makes it possible to calculate return on investment at the customer level. A company can experiment with just a sampling of customers, then see whether those people give the company more business than those not in the sample.
"Marketers ask: 'How can I inculcate more loyalty in my customers?'" Lattin said. "They need to find things that engage them."

Tweets by @forbes_india
Why Did The Crisis Happen? One Does Not Need To Look Too Far Back
What Do We Owe the Bottom Billion?