Jeff Weiner: Manage compassionately, and prepare for the next worker revolution 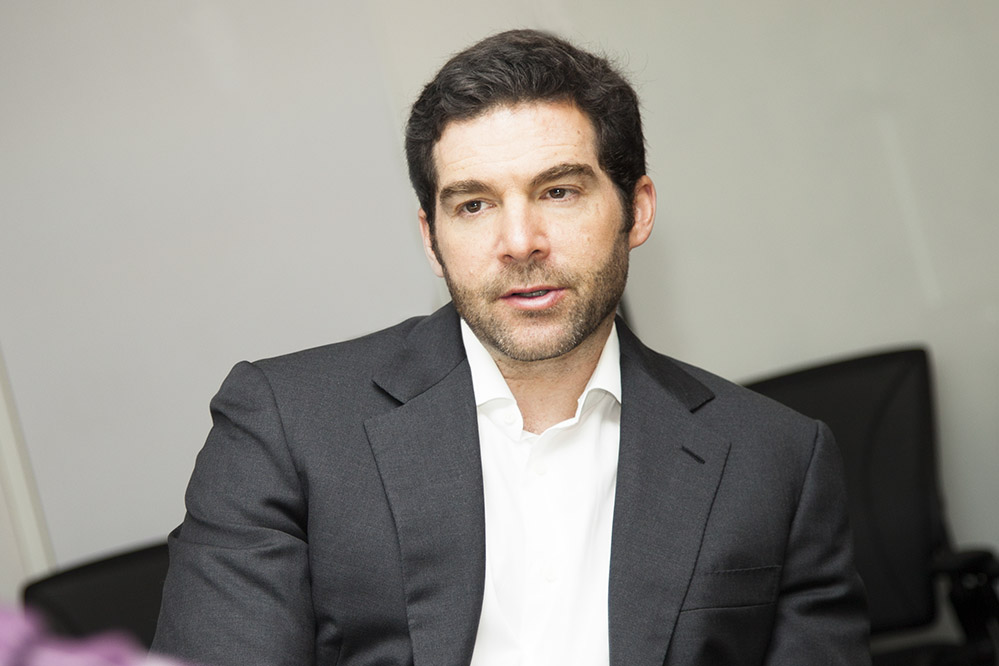 When Jeff Weiner discussed taking the job as LinkedIn’s CEO in 2008, he asked founder Reid Hoffman what decisions each of them would be making. Recounting that conversation to a group of Stanford business students recently, Weiner recalled that Hoffman said: “This is easy. It’s your ball. You run with it.”

So he did. Under Weiner’s leadership, LinkedIn has grown from 338 employees to over 10,000 and revenue increased from $78 million to over $3 billion. LinkedIn was acquired by Microsoft in 2016 for $26 billion. The company stayed at its Mountain View headquarters, though, and Weiner remains CEO.

Prior to joining LinkedIn, Weiner, who is just 46, served as a senior executive at two venture capital firms, Warner Brothers, and Yahoo.

In his View From The Top discussion, Weiner discussed the growing importance of company values, the next worker revolution, and why he has modeled his management style after the Dalai Lama.

Focus on the Core
Defining your company’s core value — the value you’re going to bring to customers — is essential, Weiner says.

But companies that have defined their core value proposition sometimes move away from it when they experience what Weiner calls hyper growth. “They draw resources away from the core too quickly in pursuit of the next bright shiny object,” he says.

As a result, the company becomes vulnerable to competitors that go after its core: “And you’re in a position where you have to react to the competition now, and you have to draw resources away from that growth opportunity back to your core.” Not only does that dynamic damage a company’s market position, it makes employees feel stressed and “whipsawed,” Weiner says.

Expect Growth to Slow
Too many companies fail to make a realistic assessment of the size of their addressable market and the prospects for saturation, Weiner says. When growth inevitably slows, they find themselves in the position of reacting to the news instead of having anticipated it.

To avoid that dangerous situation, he says, companies should be proactive in “laying the groundwork and layering in investment” that enables them to move to new opportunities before growth in the core market slows.

Customers and Prospective Employees Will Judge Your Values
It’s obvious that a customer will judge a company’s products and services when deciding whether or not to buy. But with social media becoming ubiquitous, customers quickly learn how companies operate, Weiner says. “And increasingly they’re interested in making purchasing decisions not just by virtue of the quality of a product, but what the company’s all about, what the company’s trying to accomplish, and how they’re trying to accomplish it.”

That’s also true of many younger workers who now tend to judge a prospective workplace on its values, Weiner says. “Increasingly, both purpose and the idea of culture and values is what attracts people to join organizations.”

Manage Compassionately
Weiner cites the Dalai Lama as the inspiration for his management style, which he calls “compassionate management.” Managing compassionately is about putting yourself in another person’s shoes and seeing the world through their lens or perspective, Weiner says.

Part of managing with compassion is knowing that you’re not going to get the best out of your people if you’re constantly holding them up against a lens or a bar of what you yourself are capable of and precisely how you do things, he says.

Prepare for the Fourth Revolution
The World Economic Forum has predicted that technologies such as robotics, artificial intelligence, and automated driving will create 2 million jobs by 2020, but will eliminate 7 million jobs in the same period, notes Weiner.

The U.S., he says, has placed a tremendous emphasis on degrees from prestigious four-year universities and graduate programs. And while that’s important, it doesn’t speak to the needs of workers being displaced today.

We need to go all-in on vocational training, Weiner says. “It’s important for people who are going down a different path to have access to an education where they can develop a skill and a trade that they can utilize to earn a living and create a career path,” he says.