For the first time, India's middle class is creating jobs 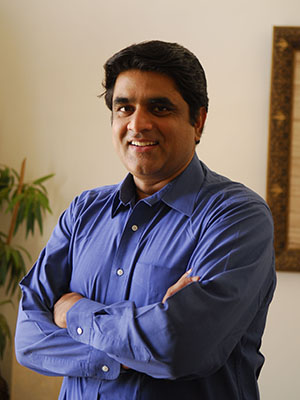 In an exclusive interview with Forbes India, Sanjay Anandaram, partner at VC firm Seed Fund, said,"This breed of entrepreneurs (startups) has to be treated fundamentally differently from the traditional SME"

Many Indians have always been business savvy, but in the last decade, India’s middle class, where parents aspired to see their children as engineers and doctors in stable salaried jobs, has changed in a way not seen before.

“For the first time, the educated middle class is actually creating jobs, by starting ventures using technology,” Sanjay Anandaram, partner at venture capital firm Seedfund in Bangalore. In recent years, that change has accelerated with “more and more Indian companies are coming up to find solutions for Indian businesses and Indian consumers.”

It is this change, that has found critical mass over the last two years, and spawned several efforts to get the government to take notice, Anandaram said in an interview with Forbes India, which has now resulted in the Startup India Action Plan.

The global economic trends, India’s changing economy, the country’s youth-heavy demographics, rising aspiration of its people, high-quality talent and cheap technology being available have all come together to push India’s entrepreneurial ecosystem forward.

This new entrepreneurial middle class India, is “educated, qualified, very aware of what’s happening around the world, and benchmarking India with what’s happening in the rest of the world, sort of biting at the leash, so to say, about the need to make India competitive,” he said.

So over the last two to three years, there have been several representations that have been made to various government departments and institutions, be it the ministries or Reserve Bank of India or the markets regulator Securities Exchange Board of India. Multiple organisations and networks led the effort - from industry lobbies to non-profit groups working to raise skill levels and boost job creation.

“It took a while to get the government to understand what startups and entrepreneurship was, because in their heads, an entrepreneur was a guy in a Safari suit dealing in machine parts, doing some business,” Anandaram said. “And the government understood only what they called SME,” or small and medium entreprises, but not startups.

Startups are fundamentally different, he said, involving highly qualified founders and employees, designed for scale, designed for speed, with technology permeating every aspect of the venture’s operation.

“This breed of entrepreneurs has to be treated fundamentally differently from the traditional SME. That realisation has occurred. We don’t know how much it has occurred, but it has. That’s the very big thing.”

Tweets by @forbes_india
The resurgence of indie music
We need faster global growth for commodity prices to recover: Gopal Agrawal