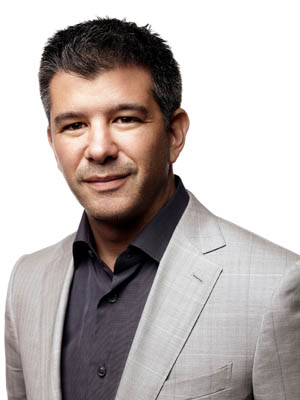 Travis Kalanick, co-founder, Uber
Uber co-founder Travis Kalanick started the transportation network company in 2009. Such was the business' disruptive potential that in six years time it had grown its presence to 58 countries (300 plus cities) around the world.
The 39-year-old entrepreneur was ranked 290 in Forbes list of 400 Richest Americans in 2014 with an estimated wealth of $ 6 billion.
At the Start-up India event in New Delhi he shared the eight lessons he learnt during this incredible journey from a geek to an entrepreneur.
1) Find something broken that you're passionate about: Travis and his co-founder Garrett Camp were in Paris and couldn't find a taxi. They decided to change that problem. That's the genesis of Uber.
2) How hard is your problem?: The more difficult the problem, more effective would be the solution and that in turn would click with consumers. Travis calls himself the Problem Solver-in-charge at Uber.
3) Be analytical and creative: Uber has data to analyse demand and taxi availability in order to provide a cab in 5 mins anywhere in the world. It has at the same time used innovative marketing tools to acquire more consumers. One day in the year, the company runs a campaign called Uber Ice cream wherein you click a button and ice cream gets delivered to the consumer.
4) An Entrepreneur must know difference between perception and reality.
5) Make magic: Uber creates magic by giving consumers their time back, give peace of mind, bring joy and provide them money's worth or help people make money.
6) Selling and storytelling: Fear is the disease, hustle is the answer. In the Indian context, Kalanick says #AlwaysBeJugaading.
7) Entrepreneurs seek adventure: The Uber team spent four weeks in Varkala beach in Kerala coding.
8) Have a champion's mindset: The entrepreneur must get up when he falls and ultimately win the race.