The company increased its listing price on strong demand and raised over $1 billion from its IPO. With the strong share price performance on day one, its market value is close to $15 billion 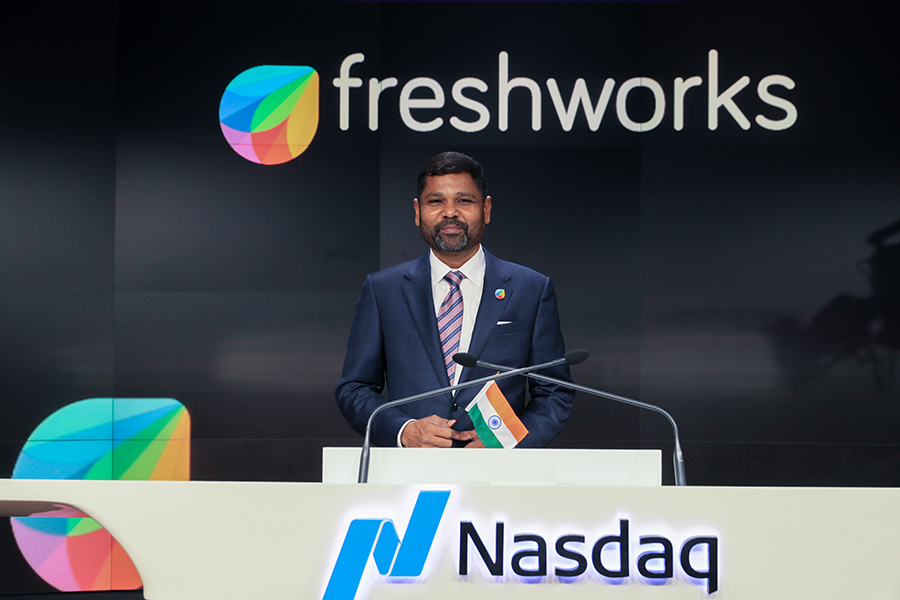 Freshworks became perhaps the first Indian-founder-led cloud software venture to publicly list in the US, on September 22, after a successful initial public offering on the Nasdaq stock exchange. Shares of the company, which listed under the symbol FRSH, were 32 percent higher at $47.55 at the close of normal trading on the exchange. The shares rose to over $49 in after-hours trading. The 11-year old company, led by Indian entrepreneur Girish Mathrubootham, who is also its CEO, is raising about $1 billion by selling 28.5 million shares plus a ‘shoe’ option of 2.85 million shares, totalling to about 10 percent of its stock, at $36 each. At the closing price of $47.55, Freshworks will be valued at $14.9 billion.  “It’s still sinking in, (the idea of) a public company’s CEO, but one of my colleagues told me ‘G you look ready’, and I feel I’m ready,” Mathrubootham told reporters in an online conference call after the listing.

Some Freshworks staff and invitees, who were on the floor of the stock exchange for the customary bell ringing ceremony for a new listing, carried flags of India, as images of the event beamed on the Nasdaq’s website showed. Mathrubootham was accompanied on the podium by his wife Shobha and their two sons, as well as their two-year-old dog, a Shih Tzu, named Neo, after Neo ‘the chosen one’ in the Hollywood movie Matrix. Freshworks, a San Mateo, California, company with much of its development work and staff in Chennai, sells subscriptions to its software for businesses to manage customer support, internal IT requests, and sales and marketing automation. It is growing its product suite, and has ambitions of competing with larger rivals like Zendesk and Salesforce. 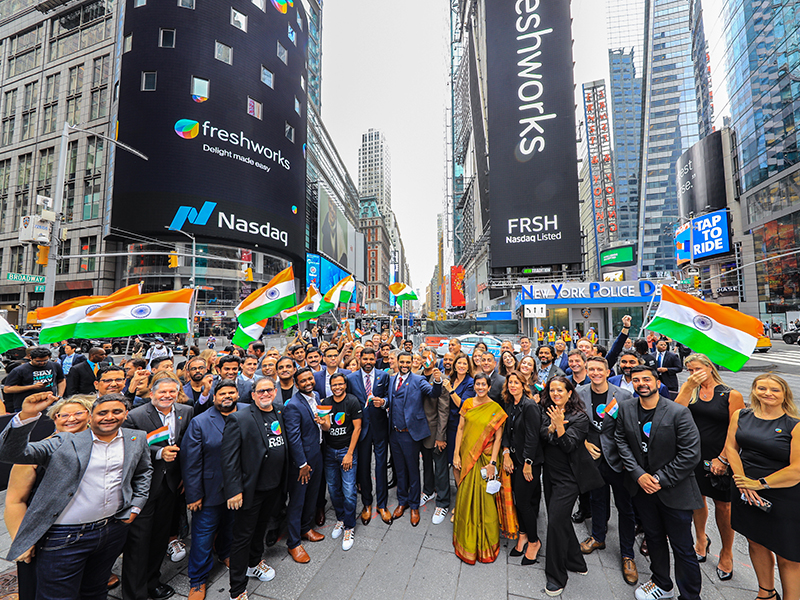 With the IPO being a primary sale, Fresworks’s VC investors—including Accel and Sequoia Capital—wouldn’t be selling at the listing, but over time they could sell their shares or distribute shares back to their limited partners, CFO Tyler Sloat explained. “I think they are going to do well,” he pointed out. The IPO was also an opportunity to create wealth for the employees of Freshworks, Mathrubootham added. The company has some 4,400 employees and 76 percent of them own its shares. At the listing, about 500 employees became ‘crorepatis’ (people with Rs 1 crore or more), and about 70 of them were less than 30 years of age, he said. “And it is well deserved,” he said, for their role in the company’s growth over the last 10 years.

Tweets by @forbesindia
Ronaldo is world's highest-paid soccer player, followed by Messi: Forbes
Freshworks surges on Nasdaq listing; Facebook's new CTO; and a chat with the founders of CoffeeMug.ai