Startup valuations: If big deals are overvalued, what about small ones?

Early-stage prices have not changed materially but velocity has slowed considerably to what one might agree is a corrected same pace, but the best deals are still commanding similar revenue multiples. Are these deals overvalued too? Managing partners at Unitus Ventures explain

By Will Poole, Surya Mantha 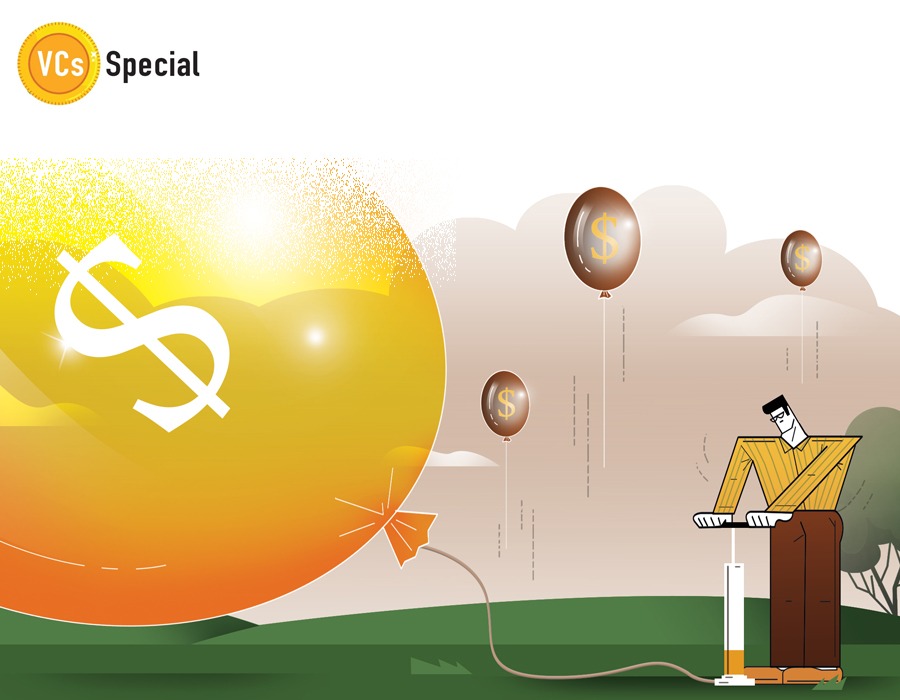 Many of today’s unicorns were founded during downturns. Founders who navigated tough times creatively have built some of the best companies

In a court of law, attorneys can ask a judge for a “summary judgment” where they assert that the facts in the case are indisputable and there is no reason for a jury trial to be used to separate facts from partial truths or lies. In the case of recent IPO tech valuations, the summary judgment has been clear for months. The public markets are the judge and jury, and they have beaten internet stock valuations to a pulp (Nasdaq down by 34 percent since its peak on November 19, 2021).

Public markets may be fickle and volatile, but they are our best source of truth at any moment—they represent what the best-informed investors are willing to pay for a stock at a moment in time based on all available public and undoubtedly also some non-public information. Bringing this sentiment to previous high-fliers in India, including Zomato, Nykaa, Paytm and PolicyBazaar, their combined loss of Rs 38,000 crore in market value (losses of 51 percent, 49 percent, 56 percent, and 67 percent, respectively) is not surprising given that investors currently see no visible path to profitability for any of these companies. The public markets’ harsh judgment has been applied to late-stage valuations in private markets since approximately January. Late-stage privates have been hammered, as evidenced by SoftBank reporting a loss of $26 billion in FY22 in its $150 billion Vision fund I and II, and Tiger reporting a loss of $17 billion and losing 52 percent of its value in the public markets this year. The list goes on. Hopefully, nobody disagrees on the aforementioned points. Summary judgment of the markets is clear. The hard question is, how far back in the valuation game does this logic apply, as we move from public to late-stage private to growth private to early-stage private to seed stage? The data is increasingly opaque the earlier we go, and the application of current public market sentiments becomes less and less relevant.

In the quest for growth at all costs, many early and early-growth startups spent significant capital in acquiring customers without paying much attention to monetisation and unit economics, often egged on by their investors who knew that if they played the game right, they would be rewarded handsomely. An unbeatable strategy in a skyrocketing market, this game can turn disastrous in a falling market. Those of us who were investing in 2000 and 2008 experienced this first-hand. But those fresh to the game, and those who knew the game and were good at applying the “greater-fools” theory, continued on. Many eye the “blitzscaling” strategy, paying top dollar for customers and top line growth without much concern for unit economics or a path to profitability.

The music has stopped. Blitzscaling is dead. For how long, no one knows. Looking at SoftBank and Tiger Global’s huge losses, only the foolhardy would bet on this strategy making a comeback soon. Over the coming quarters, growth stage funding will likely remain challenging or even entirely impossible for any company without a clear route to cash-flow break-even or at least a major bankable inflection point. There will be a double punch as recessionary fears spread and the demand for non-essential services declines.What does this mean for seed and pre-A rounds? We recently surveyed 16 venture capital (VC) investors across the global south, including three in India. The sentiment was clear: While late-stage valuations are as described above, early-stage prices have not changed materially. Velocity has slowed considerably to what one might agree is a corrected same pace, but the best deals are still commanding similar revenue multiples. Are these deals overvalued too? Or are the startups being funded post-correction going to be the high fliers of two to three years from now, thus justifying these continued [relatively] high prices? The end of 2010 saw early-stage deals reaching record highs, touching the 4,000/quarter mark in the US, with 200 deals/year in India. We see a similar trend now as well. The value of late and growth stage deals has dropped significantly from October 2021; from $6.6 billion in Q4 of 2021 with an average deal size of $89 million to less than $5 billion in Q2 of 2022 with an average deal size of $67 million. In the same time period, early-stage deals increased from $0.58 billion with an average deal size of $5.2 million to $1.1 billion with an average deal size of $8.2 million.Also Read: Niren Shah, Norwest India, and the art of slow and meaningful VC investing And what does the future hold? As venture investors, we sign up for arguably the most risky—if not foolish—of human endeavors, that is, predicting the future. With the caveat that no one knows exactly what will happen when one can predict with reasonable certainty that the current trifecta of macroeconomic challenges will ease over a period of time. The Ukraine-Russia war will eventually end. Germany has said no to Putin’s offer of restoring gas—they are done with fuelling his war machine. Supply chains will get unclogged simply because market forces will drag them there. And some argue inflation expectations are already on the wane (others see it getting worse). While quantitative easing (QE) and pandemic-induced “easy money” may not be available any time soon to fuel the excesses of the last few years, neither entrepreneurship nor risk capital to support startups is going to disappear. In fact, there is still record dry powder in VC coffers. The current gloom and doom will give way to a more normal environment, which will be both upbeat about the future as well as rational in decision-making. And it stands to reason that if a startup manages not only to survive a recession but also to demonstrate growth and resilience through a downturn, investors will reward them now and even more so when things get back to normal. Many of today’s unicorns were founded during downturns. Founders who navigated tough times creatively have built some of the best companies. A study conducted by Touchdown Ventures in 2020 found that 24 percent of companies in the 2019 Fortune 500 list were founded at a time when the US economy contracted. Unicorns such as Mailchimp, Groupon, Slack, Airbnb, WhatsApp, Square, Uber, Instagram, Pinterest, MakeMyTrip, Cloudera, Beats, and Yammer were built during recessions. On that hopeful note, we exhort all the intrepid founders out there to focus on building businesses based on time-tested principles of compelling value propositions, sound unit economics, and a clear path to profitability. The rewards will surely follow, just as sunrise follows the longest and darkest of nights. You’ll be judged continuously by the courts of public opinion; the results will be favourable for those who devise smart strategies and play the startup game well. Poole is co-founder & managing partner, Unitus Ventures & Capria Ventures; Mantha is managing partner, Unitus Ventures.