How the startup capital and valuation game has changed in India

MegaDelta's Bala C Deshpande started a mid-market growth fund along with her cofounders in 2018. Here, she puts the spooky mega spikes in valuations in the past years in perspective, and how the behaviour of capital has changed over time--takeaways for what entrepreneurs now need to succeed 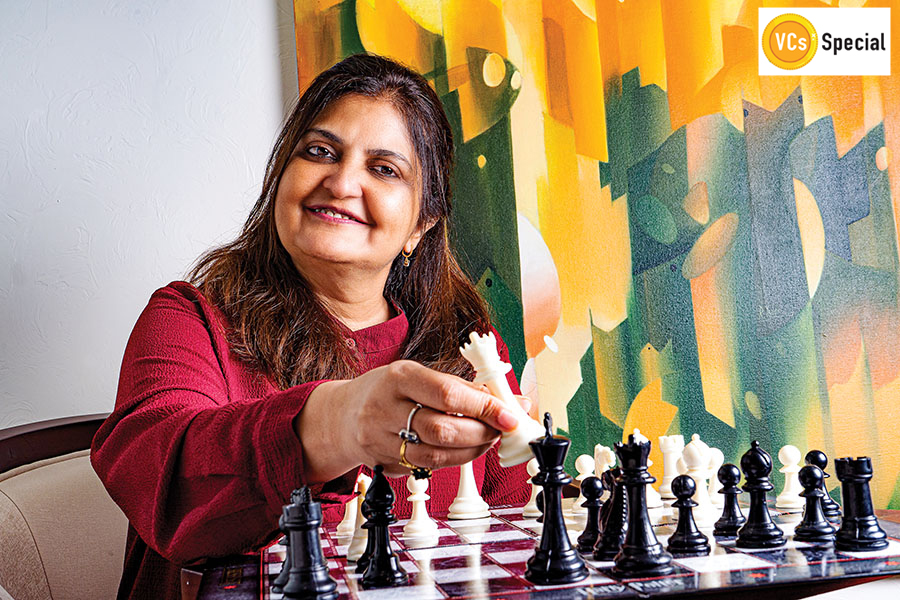 If you are talking to Bala Deshpande, expect nothing less than an incisive and a brutally candid conversation. “I’ll be very honest,” says the seasoned investor who began her investment career with ICICI Ventures in 2001, and has held close to 40 board positions in companies across industries over the last two decades. “There are moments when I too did not really understand why this is happening, or why it should happen,” she says, alluding to a spike in the valuation of startups that spooked many within and outside the startup ecosystem last year. A glut of capital, reckons Deshpande, was the culprit. “Capital will flow to places where the return lies,” underlines the investor, who joined the American venture fund NEA in 2008, and co-founded MegaDelta along with Tarun Sharma and Ruchir Lahoty in 2018.

MegaDelta, interestingly, was not a ‘normal’ baby. “The manner in which it was born was more like IVF,” smiles Deshpande. Back in 2018, NEA pressed the exit button and decided to sell the India portfolio. Deshpande, with the help of a clutch of global investors, bought the entire portfolio and started MegaDelta, a mid-market growth fund with assets under management of $300 million. “It was a great way to become an entrepreneur-investor once again,” she says. As a venture fund, MegaDelta typically comes in at a late Series A or Series B, and puts in between $15 million and $25 million. “We invest in companies that are at the point of acceleration,” she contends. Coming at the Series B stage, she lets on, and still growing aggressively is where art, skill and the strength of the business model get exhibited. “We chose the path which is the hardest in India,” she says, alluding to the way companies get into stunted growth after the first phase of their journey. “What we are taking is a growth risk,” she adds.

But how hard is it to be an investor, especially in the last few years? There was the pandemic in 2020, the world—read America—tries to hedge its bet by diverting capital to India, and 2021 happened to be a year when late-stage funding reached a new peak: From $8.8 billion in 2020 to a staggering $32.3 billion. Even if one goes back to the last non-pandemic year (2019), the late-stage funding was a little over one-third of the 2021 number: $12.1 billion. The country also witnessed a rapid surge in unicorns last year. Deshpande reckons that the investment world and the landscape have changed a lot over the last decade.

What has changed the most, though, is the behaviour of capital. “Capital is creating its own unicorn,” underlines Deshpande. Give $100 million and take 10 percent, and a unicorn is born. Now, it doesn’t matter whether the company has a ₹2 crore revenue or more than that. The investor is betting on a future promise. The fact that a company with such a turnover is ready to take $100 million is the first big change. Then there are guys who are making such bets… that is the second big change. So, for people with a lot of capital, outlaying $100 million is a small portion of the total fund.

Now, when one looks at it in terms of a risk optimisation or reward optimisation approach, then it makes sense. “It doesn’t matter even if the bet becomes zero. There are other bets that will make up for it,” she underlines, explaining how capital has behaved over the last few quarters. What is happening, Deshpande underlines, is that the valuation is getting discovered by the strength of the entrepreneur, the strength of the story, if she happens to be a first mover and if it’s a consumption story. The rationale behind consumer stories getting high valuation is because of the stickiness of the business. Once consumer behaviour gets set, and becomes a repetitive pattern, then it becomes very hard to shake that position. The valuation, therefore, has elements of scarcity, elements of future promise, and hope that these companies would be picked up at an even higher valuation in the future.

But how does one explain the gross mismatch between valuation and performance? Look at the way some of the loss-making listed companies got drubbed by the public market. Deshpande, though, puts things in perspective. The moment you allow loss-making companies to go IPO—with a full understanding that profit is a good three-four years away—any kind of quarterly analysis won’t help.

Also read: Early to bet & early to rise: How Antler is changing early-stage investing in India

Deshpande reckons that a founder’s DNA, to a large extent, determines whether an investor makes a return or not. “I cannot tell you the number of founders who have a self-destruct button. It’s not funny,” she says, sharing an interesting anecdote. In one of the funding pitches, she asked the founder about his plans to monetise the business model. “He said his CFO would figure it out,” she recalls. While conceding that there are a few natural-born entrepreneurs who investors look at—fill it, shut it, forget it types—others need to realise that entrepreneurship is not about being founder-centric and it’s a continuous learning process.

Choosing a right business model and a right sector help. In a market where it has been easy for anybody who has managed to build a brand to catch the fancy of an investor, one has to be extremely careful in making selective bets. Deshpande counts FirstCry, GOQii, Freo, IDfy, GreytHR, IntelligenceNode and Nova Medical among some of the big bets of MegaDelta. “I have invested enough in India to know that the exciting entrepreneur stories are yet to come,” she adds.

But what about challenges? Deshpande starts with the biggest one for founders. “For every business model today, there would be 50 more chasing the same dream,” she reckons, adding that such a scenario amplifies the competitive intensity.

For MageDelta, the funder underlines, capital flocking could be a tough challenge. When a whole flock of capital starts chasing one sector, and a few entrepreneurs, then things become difficult. The solution, she underlines, is having a sound risk-return calibration. “The only time when we don’t make money is when there is either no growth or there is a big regulatory impact,” she signs off.