Digital Marketing Mavericks: How Kinnect is connecting the dots for brands in the VUCA world

The agency's CXOs Rohan Mehta and Chandni Shah talk about being a part of a global ad network, practices that will shape the marketing ecosystem, and their dream board 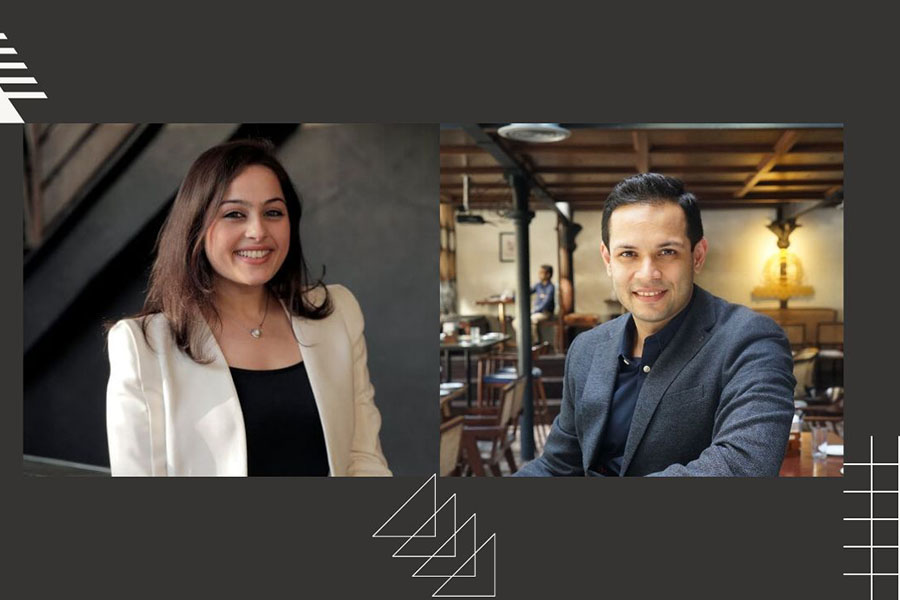 Digital Marketing Mavericks is Storyboard18’s new series featuring some of the best digital-first, future-facing, homegrown and globally-networked agencies that are building brands and businesses fit for the new age.
In early 2020, much before the pandemic turned the world upside down, Interpublic Group’s FCB Group in India reached out to Kinnect, a homegrown digital hot shop, with a collaboration and partnership offer. Chandni Shah, the chief operating officer worked closely with Rohit Ohri who is the chairman and CEO, FCB Group India, and Nitin Karkare, CEO, FCB Ulka to understand what it is like working with a legacy ad agency before committing to anything. Shah tells Storyboard8, unlike other advertising groups, FCB’s global reporting structure is simple. “Both Rohit and Nitin equally invested time and energy to understand us and our culture. They were willing to learn from us too. FCB viewed this as a collaboration of equals. It was their positive mindset that made us say a yes,” she adds. In August 2021, FCB Group India acquired equity stake in Kinnect. Since then the agencies have pitched together, jammed on campaigns, and brought home Lions.

Rohan Mehta, CEO of Kinnect, believes the partnership with FCB Group came at the right time. Kinnect became a part of a legacy company and filled the missing puzzle when the world was moving online. FCB’s creative power infused with Kinnect's expertise and capabilties on the digital front is helping clients of the group to navigate through the VUCA (volatility, uncertainty, complexity and ambiguity) world, says Mehta.

“The post-Covid world has changed consumer behaviour and has catapulted them into the age of hyper-adoption. Today, while brands focus on the competition, they also have to invest in creating better experiences for their existing customers. Making the right relationships with the customers in the omnichannel world and engaging them with the right communication at the relevant moment and appropriate medium is the need of the hour,” says Mehta. The vertical unites nearly 100 of Kinnect’s creative, media, and technology talent pools across locations and is equipped and skilled at providing meaningful brand interactions throughout the consumer journey.

In 2022, Kinnect also launched a complete state-of-the-art usability testing lab (UI/UX lab) which Mehta claims to be the first of its kind by a digital agency in India. The agency’s in-house capabilities for influencer and talent outreach as well as reputation management and listening are some of the popular services of the agency, indicates Shah.Also read: Media Mavens: Embracing advertising in a privacy-first world will become critical, says OMD India's Anisha Iyer

From a broader lens, Mehta thinks the opportunities for digital agencies are yet to explode. “Right now, not all marketers dial in their digital agencies for business problems. That’s changing. But to be marketers’ primary partners, agencies need to win their confidence even more,” he says.

According to Mehta, though India is a country that is passionate about advertising and has produced cutting-edge work globally and houses the best of the best talent, advertising revenues are smaller in percentage, keeping in mind the general size of our AdEX. “Now, it's time for India to step up on the global advertising map, similar to our IT Industry, where it can become the centre of excellence for global brands to outsource work,” he says.

In 2022, Shah, Mehta, and their teams experienced many emotions. In June 2022, Kinnect made its first Cannes Lions-winning debut. The agency picked up 8 Lions for SOS Children’s Villages of India’s campaign ‘Chatpat’. Shah and Mehta made a dream board during a team retreat a couple of years ago. They ticked off every single box, and winning a Cannes Lion was last on the list. Mehta believes India will become the international centre for the biggest conglomerates and marketers across services where their marketing and advertising solutions are met. “Work in the country matches global standards; the testament to this is India’s performance at Cannes Lions 2022. The big opportunity here is that we no longer depend on our global counterparts to produce outstanding work or for talent since we have all the capabilities within the country to offer world-class solutions in advertising,” he adds.'Also read: Digital Marketing Mavericks: Publicis Groupe's Digitas India looks at marketing from a fresh lens

As the teams were soaking in the success and churning out winning work. In August, when the agency released a campaign titled ‘Vigil Aunty’ for HDFC Bank, a certain section of the creative world thought the campaign was plagiarised from author and artist Appupen's character that was created in 2016. HDFC Bank’s campaign featuring Anuradha (Anu) Menon, a comedian who is well-known for playing the character of Lola Kutty on Channel V in the early 2000s, is a long-term initiative on safe banking.

The agency never spoke publicly about it. However, Mehta clears the air and tells Storyboard18 what happened exactly.

He explains, “It is possible for two people to start from two different places but arrive at the same place. The nomenclature of the character was a mere coincidence. The agency and brand both understand this. The characterisation, the traits, and the purpose of Vigil Aunty were markedly different, and hence we decided not to engage in the conversation.” He further adds, “Agencies and client partners should decide if they want to stand by the work created and their morals or justify their stance. Each approach depends on the conversation and the campaign.”

Kinnect has grown significantly in stature, brand and business over the past two years, now the agency is creating a new dream board for 2023.