Snapshots of the global economy going into 2023

Although, India has been among the bright sparks in the global growth picture, It will battle inflationary pressures. Other emerging economies will confront growth challenges of their own 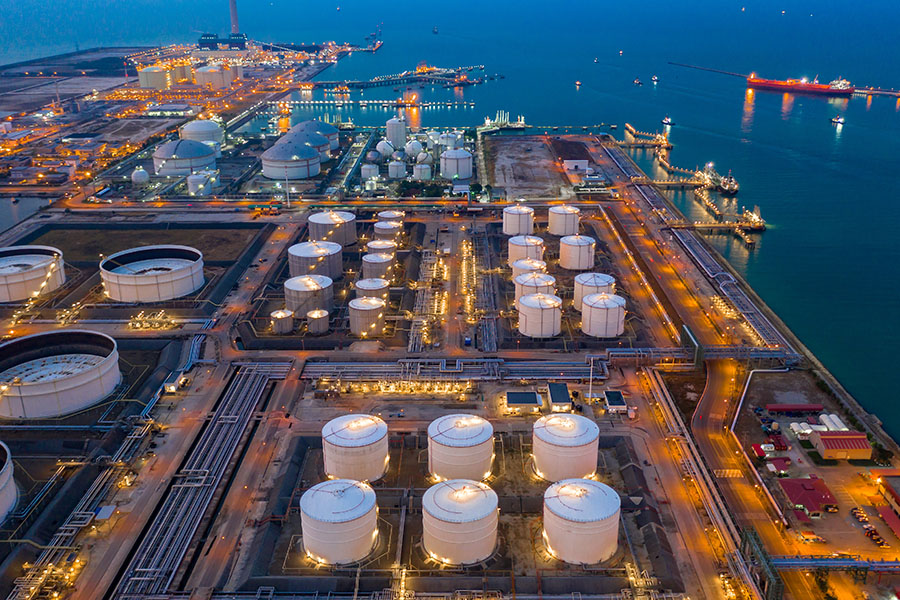 The Global Supply Chain Pressure Index—a measure of conditions related to supply-side pressures in international commerce—has eased off peaks from last November, and anyone who has pumped gas lately would be aware that energy prices have likewise tempered significantly since the middle of the year. Image: Shutterstock

Global growth might be in for a rude shock. It seems too soon for this, of course; wasn’t the pandemic-induced recession just two years or so ago? Perhaps, but there are reasons to believe that some major economies are going through soft patches.

The most major concern is in the United States, where a number of forward-looking indicators—such as the Purchasing Managers’ Index, which captures producer sentiment—have flashed red for a while now. Momentum has visibly declined, as the Federal Reserve’s aggressive interest rate hikes have induced a slowdown in investment activity since the start of the year, while spending by the mighty American consumer has likewise pared back in recent months. The U.S. may yet escape a recession, but one of the most reliable signals of an impending recession—an inversion of the so-called yield curve, which occurs when the long-term interest rate falls below the shorter-term one—suggests that one could well occur in the second half of 2023. Real-time estimates of the state of the economy point to about 1 percent expansion in the last quarter of the year; positive still, but barely so.

There is some indicative evidence that the Euro Area is weak as well, which is unsurprising given the spillover effects of the Russo-Ukrainian war so close to its borders. GDP figures have barely edged past zero for the past year, averaging 0.6 percent for the past four quarters. Even if it skirts an outright recession, Europe remains in a fragile state, and could easily tip into recession if the winter turns out to be harsher than expected (high energy prices never help), or if the impulse received from government-induced support last year fades more quickly than anticipated (deficit-financed spending can’t go on forever), or if the overhang from its rising debt burden dampens private sector expenditures (another European debt crisis, anyone?). Although few observers today regard the Old World as a global growth engine any longer, the region remains the world’s third-largest economy, and accounts for a sixth of its output. Anemic growth there will have consequences for the global economic picture.

China has recently received a boost from its decision to bite the bullet and (belatedly) reopen its economy in the face of COVID-19. This long-awaited decision has likely allowed China to avoid a self-imposed contraction, as the nature of its top-down economy means that it should be able to revive the drivers of growth on command. Even so, the likelihood of a quick revival is slim, as the country remains heavily reliant on external sources, despite its best efforts to rebalance its growth model toward an internal dynamic (an effort the Chinese government has termed a “dual circulation” approach). Layered on this near-term drag is the fact that China’s growth potential has already downshifted; the inevitable result of demographic changes—the legacy of a one-child policy means that the ratio of the country’s working-to-nonworking age population peaked a half-decade ago—as well as lower efficiency of investment resulting from overaccumulation of capital.

The other emerging giant, India, has been among the bright sparks in the global growth picture. But even here, there are downside risks. The most recent third-quarter GDP print slowed (albeit to a still-impressive) 6.3 percent, and India will battle inflationary pressures, which has been a traditional bugbear for the nation. The Modi administration has made a number of positive, business-friendly policy moves in recent times, but it is not immune from egregious mistakes; think back to the misguided demonetization effort in 2016, or the botched GST rollout the year after.

Other emerging economies (EMs) will confront growth challenges of their own. For starters, these nations have already had to contend with a delayed rebound from COVID-19, owing to their inability to prop up their economies with significant amounts of deficit-funded stimulus during the height of the pandemic. This is a common feature among less-developed countries, a phenomenon colorfully known as “original sin,” so named because EMs are often unable to access reasonable amounts of attractively-priced debt in the own currencies, even when they have not pursued profligate fiscal policies. But original sin will nevertheless come back to bite, because the overhang of EM government borrowing will soon return with a vengeance, as interest rate increases make the rolling over of their existing debt more and more difficult.

Also read: 2023 And The Game Of Taming Recession

The full macro picture isn’t all doom and gloom. The spark of good news in recent months has been a notable reduction in inflationary pressures. While still elevated, the latest figures for the United States have come off the boil, and even in Europe (where inflation has been a couple of percentage points higher), the rise in prices seems to have rolled over. More relief is likely on the way. The Global Supply Chain Pressure Index—a measure of conditions related to supply-side pressures in international commerce—has eased off peaks from last November (albeit the index remains above historical norms), and anyone who has pumped gas lately would be aware that energy prices have likewise tempered significantly since the middle of the year.

What does all this mean for Asian economies? There is no one “Asia,” and so every country will face their own unique set of challenges and opportunities. Major commodity exporters, such as Indonesia and Malaysia, will now need to contend with lower prices in their key exports, and hence face a deterioration in their terms of trade. But Indonesia, for example, can pivot away from traditional strengths—such as palm oil and timber—and toward resources needed to drive the green economy, such as nickel. Conversely, commodity importers, such as India and the Philippines, will benefit from cheaper inputs, but will need to successfully improve their business climates, to fully exploit a revolution in manufacturing that has teased their economies with their potential, but have never quite become a mainstay.

Most Asian economies will also need to manage their economies in a strong-dollar world. The Fed is likely to stay the course and keep interest rates high; if so, the dollar will remain elevated, which will in turn weaken export performance in Asia. Most Asian economies have been cautious with taking on dollar-denominated debt and have shored up their reserves; still, while balance-of-payments crises are unlikely in the region, there will always be one or two teetering, indebted economies (think Myanmar, Pakistan, or Sri Lanka) where fragility could quickly turn into crisis.

Tweets by @forbesindia
Photo of the day: Queue to survive
Digital Marketing Mavericks: How Kinnect is connecting the dots for brands in the VUCA world