From Givenchy to Yves Saint Laurent, how to pronounce these 10 brand names 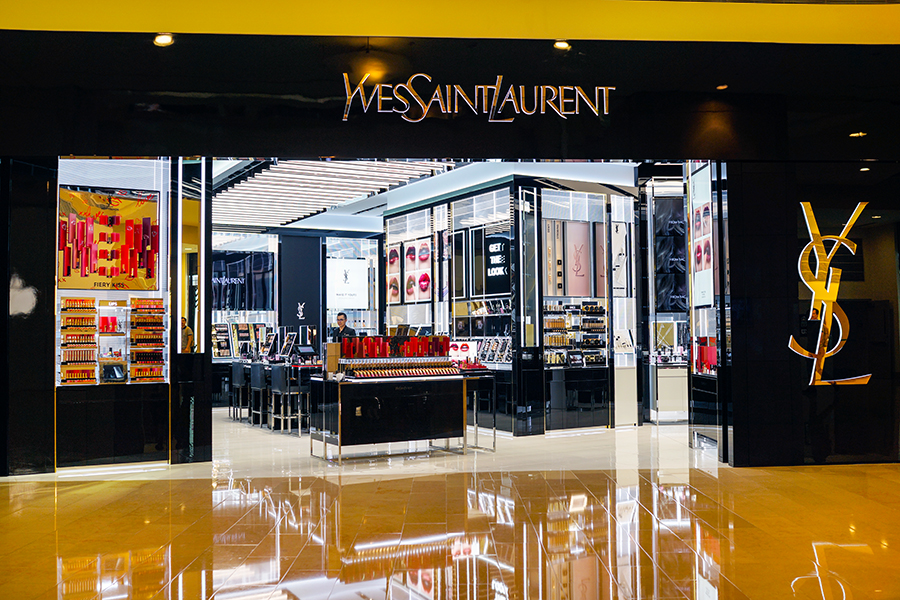 Do you struggle with the pronunciation of international brand names? Have you been unknowingly mispronouncing some of them for years? Here are ten brand names, some high-end, some mass market, in no particular order, with my take on how to say them right. I’ll also throw in a tidbit or two about each brand. Do note that this video is a collaboration between Storyboard18 and The English Nut. Keep watching and reading. It’ll be fun. I promise!

It’s Hyundai, like Sunday. Remember the Super Bowl ad in which the South Korean car maker’s competitors were screaming out its name in anger because it won an award? The ad put the screaming in context with the line, ‘Win one little award and suddenly everyone gets your name right.’ The commercial ends with the mnemonic, ‘It’s Hyundai, like Sunday.’ Great way to tell the world you won an award and to get people to pronounce your name right.

‘Eves Saint Law-rent?’ No, mademoiselle. No, monsieur. C’est Yves Saint Laurent. The two n’s aren’t really pronounced. You just nasalise the preceding vowel sounds. ‘Saan Lorawn’. You see, Yves Saint Laurent was a Frenchman. He was also one of the foremost fashion designers of the 20th century. He started his own fashion house after being sacked by Dior—whom he sued and won. If you have trouble with the French pronunciation, you can say it the English way—Yves Saint Laurent. Or shorten it to its initials, YSL. But if you want to get it absolutely right, say ‘Eve Saan Lorawn’.

This is an American multinational, so we go with the American pronunciation of the name. Amazon—where ‘zon’ rhymes with ‘don’. Now, before there was Amazon, the company, there was Amazon, the rainforest. And the mythical female warriors, the Amazons. Of course, the British pronunciation for the rainforest and the warriors is ‘Am-uh-zun’ and ‘Am-uh-zuns’. But when it comes to the company name, it’s best to stick to the American way—‘Am-uh-zon’.

In English, it’s usually pronounced as ‘Volks-wagon’. But the original German pronunciation is ‘Folks-vaagen’, which means ‘people’s car.’ You know—folks, people. Same difference. This company, known for its iconic Beetle, was launched in 1937 to make cars that the German masses could afford. Hence the name.

I’ve seen old American ads where it’s pronounced Ness-lee. And, back in the day, I’ve heard British kids say ‘Nesslz’ chocolate. But given that it’s a Swiss multinational company named after its founder Henri Nestlé and his surname has an acute accent on the e at the end, I would pronounce it as Ness-lay. Henri Nestlé was born Heinrich Nestlé and was actually of German origin. Nestlé means ‘little nest’ in the German dialect he spoke—which is why the company logo features a little nest.

Givenchy is a high-end French fashion and perfume house. It’s pronounced ‘Zhee-VAWN-shee’ not ‘Giv-en-chee’ or ‘Jiv-en-chee’. Founded in 1952 by French aristocrat and fashion designer Hubert de Givenchy. The v-e-n in the name is pronounced ‘vawn’. The n is not really articulated. The vowel sound before it is nasalised. ‘Vawn’. Givenchy achieved fame in the world of haute couture with his very first collection—which was lauded by Vogue.

‘Haute couture’ means high fashion in French. The h is silent and the t is soft in French—so it’s ‘oat’ couture, not ‘hot’ couture. Also, you don’t pronounce the last letters of most words as per French rules, but you do pronounce the penultimate ones. For haute couture that would be t and r respectively. The sound of the r in French is somewhere between the r and h of English. Or you could think of it as a softer version of the ‘kha’ sound in Urdu—like in ‘khair’ or ‘khabar’.

Now, you’re ready to indulge in haute couture by Givenchy.

I hear it being pronounced as Lam-BOR-ginee. But it’s Lambor-GEE-nee. It’s an Italian brand and that’s how Italians say it: ‘Lambor-GEE-nee’. It’s named after its founder, Ferruccio Lamborghini. Note that the stress is on the second-last syllable—‘GEE’. Lambor-GEE-nee. Of course, if you can afford a luxury sports car by Lamborghini, you can pronounce it any way you please!

It’s not ‘Ad-obe’, but ‘Uh-doe-bee’. The English word adobe refers to a brick of sun-dried earth and straw that is used to build houses in certain places. The word came into English from Arabic via Spanish. Of course, today Adobe is better known as the name of the American multinational computer software company that makes, among other things, the famous Adobe Photoshop software.

Let’s call the whole thing off'

Remember the old song from the Fred Astaire-Ginger Rogers musical Shall We Dance?

We might face a similar quandary with the brand name ‘Zo-mah-to’. Or is it Zo-may-to? Or Zo-mat-oh?

Well, Zomato is an Indian multinational and I’ve heard its Indian founders pronounce it as ‘Zo-mah-to’. So that’s the right pronunciation. We’ll let Fred and Ginger keep on arguing about tomayto and tomahto. But we’ll say ‘Zomahto’.

So we covered ten brand names. And how to say them right. I hope you enjoyed the video.

Tweets by @forbesindia
From Beyonce in Givenchy to Kim Kardashian in Balenciaga, the outfits that went down in Met Gala red carpet history
BAYC Metaverse witnesses $300 million sales at launch