Is it all fair in love and war? What about brands leveraging conflicts and wars to push their wares? 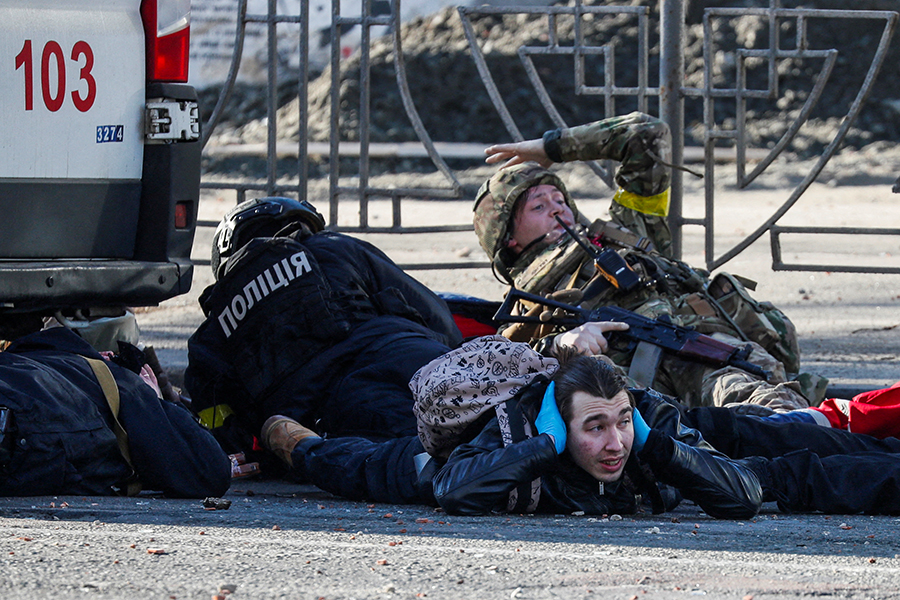 In 2016, three days before the 15th anniversary of the 9/11 attack, Texas-based mattress brand Miracle issued an apology to the victims and families. Why? What did a mattress brand have to do with the terror attack?

Miracle was aggressively promoting its ‘Twin Tower sale’. As if that wasn’t bad enough, it also released an ad that spoofed the bringing down of the towers. Naturally, these tasteless marketing tactics brought on a massive backlash against the brand. So much so that the company had to shut shop soon after.

In the same year and month, when the Indian Army conducted a surgical strike against terrorist camps across the Line of Control in Pakistani-administered Kashmir—a reaction to a deadly terrorist attack that killed 19 Indian soldiers, several brands leveraged India’s surgical strike. But there was one that stood out.

Gurgaon-based burger brand Burger Singh offered a celebratory offer. When social media users criticised this move, the brand’s co-founder Kabir Jeet Singh, said: “Why should we apologise for celebrating the Indian Army’s success?” He insisted it was not a marketing gimmick.

Cut to 24 February 2022. The chief marketing officer of Bajaj Allianz Life posted a video of the brand’s latest outdoor advertising on LinkedIn. The ad talks about how the ongoing crisis between Russia and Ukraine is not right—“yeh sahi nahi hai”.

However, if people are “nervous about market volatility” because of the conflict, the ad says “get the safety of guaranteed return plans. Yeh sahi hai.” The post has been well-received by users on the professional networking site, save a few.

Some critics believe this could have been avoided. An advertising executive with a leading agency told Storyboard18, “It is sad to see brands leveraging the topicality of war to sell a product. Especially an insurance company.”

Amul, a brand that’s known for its topical advertising, came out with a “plea to defuse the Russia-Ukraine conflict”. The Gujarat-based dairy brand has shared a topical ad that urged the two nations to not go “from bad to wars”.

Experts say that brands should avoid using wars or conflicts to subtly or more overtly push brand communication and marketing.

Shruti Chaturvedi, the founder of media platform Chaaipani, believes “marketing during an outbreak of war is okay, as long as brands are not marketing on the back of war. This is not a bandwagon brands should climb on.”

She further adds, “There is an absolute thick line between sensitivity and tone-deaf callousness. And to any person with adequate empathy, this line is hard to miss. Someone’s misery in no scenario is marketing material.”

The only thing expected from brands during such times is “solidarity”, says Chaturvedi.

Nine out of ten times Ahmed Aftab Naqvi advises brands and his clients to refrain from commenting on sensitive political issues or wars.

The global CEO and co-founder of independent digital marketing services company Gozoop, says, “However, if a timely message could make a positive difference to the world while at the same time be true to its brand purpose without having a direct or indirect hint at a product push or sales play, then after careful planning and thought, it could be considered.”

Recently, global brands in the country went into crisis management mode as some quarters of Indians threatened to boycott their cars and fried chicken. Brands like Kia Motors, Hyundai, Maruti Suzuki, Isuzu, and a handful of others sent out clarifications and apologies for the Kashmir Day solidarity creatives, which weren’t well accepted by many on social media.
Senior digital agency executives that Storyboard18 spoke to said Ukraine’s official Twitter handle is a great case study to refer to when brands want to get their moment-marketing on point. Since November last year, when the conflict between the two nations came to the fore, @Ukraine started tweeting rather humorously in an offensive against Russia. One of the first tweets described “living next to Russia" as the worst kind of headache.

Naqvi says Ukraine’s official Twitter handle “feels opinionated, it feels angry, and it feels human. It is like the voice of a country united and less like a “Government”. It is well planned, well-executed and is doing a fine job spreading its point of view.”
Chaturvedi has similar views. “They’ve been able to reach out to masses about their country’s situation with their quirky messaging that’s engaging youngsters and everyone else alike. I am sure they didn’t see this escalating so fast.”

Tweets by @forbesindia
Photo of the day: At top speed
Employee well-being: From perk to best practice