Summer time is almost here. So here's the story of Vadilal and how its advertising made desi ice cream have the same oomph as its western counterparts 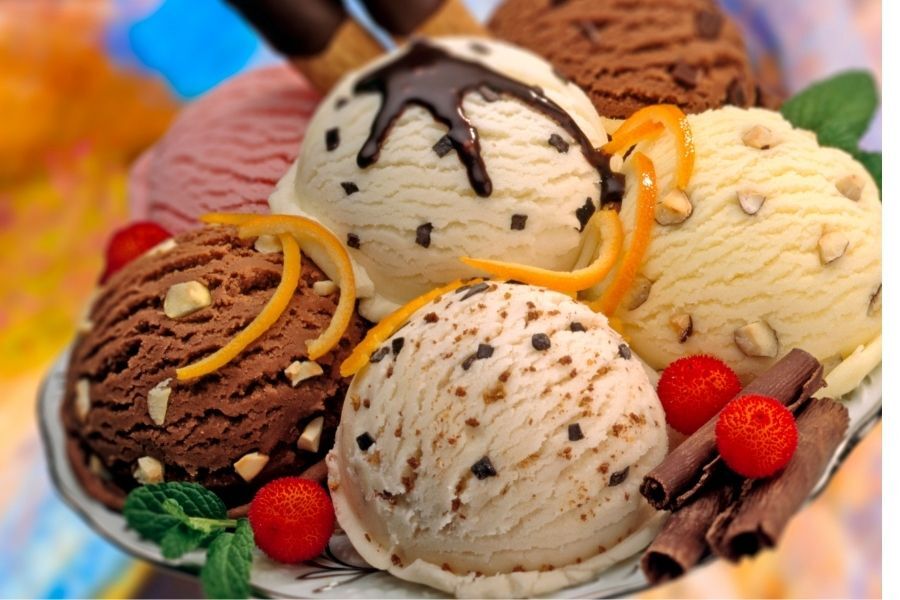 Vadilal stands out as a case that belies preconceived notions of an Indian name in a ‘western’ product category. Vadilal is an example of a brand that withstood the perception among ad agencies that some categories like ice cream required western, modern-sounding brand names. The brand name, Vadilal, was desi, hence too uncool a name in this category. But today, Vadilal exemplifies the power of ad campaigns and the many individuals who create and nurture them. How it overcame these preconceived notions is a testimony to the great, mad men and the advertising they created. 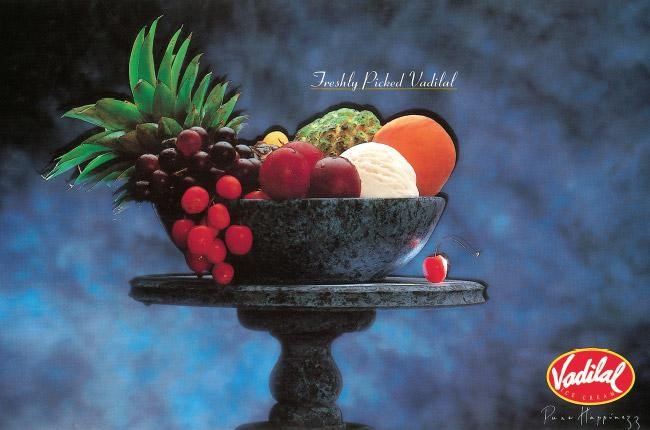 Vadilal began as a soda firm in 1907, at a time when ice creams were made in hand-operated machines. Ice creams themselves as a category were a novelty. Over the years, imported ice cream machines were introduced, and new products like cassata ice cream caught the fancy of customers.  By the 1970s, Vadilal was Gujarat’s most popular ice cream brand. Expanding its business beyond Gujarat in the 1980s, however, proved to be a challenge. It ran into a problem called Kwality – the most popular ice cream brand. Vadilal was up against the competition.

The Gandhis of Vadilal met many ad agencies as they tried to develop marketing campaigns for the new territories. Vadilal engaged the advertising agency, Trikaya, but their advertising wasn’t having the desired effect. Many ad agencies suggested that the brand name had to change because succeeding in a Western product category with an Indian sounding brand was tough. Except for Mohammed Khan of Enterprise Advertising. When the account moved to Enterprise, Mohammed chose to replace the black and white line drawings used in Trikaya’s advertising with real pictures of the ice cream. He said, “No one wants to lick line drawings.” So they photographed the ice cream with the aid of photographer Swapan Mukherjee. The final results? Advertisements that were worth licking off the page. Enterprise created a campaign that defined the look of ice cream advertising for many years. Mouth-watering ice-cream visuals which, to quote Freddy Birdy, ‘made Vadilal even better than Versace worn by Elizabeth Hurley’.

Vadilal’s marketing strategy was built on the simple insight – people need variety to try out in an impulse food category. It created the flavours of the month concept. The brand would introduce two new flavours, one Indian flavor, like Shahi Gulab and the other a Western one, like Hawaiian Pineapple. This led to several things. First, it became an excuse for consumers to visit a Vadilal outlet and try the brand even if they ended up eating one or more of the more popular staple flavours such as chocolate, strawberry, vanilla and more. Second, it gave Vadilal a vibrant, exciting, and a happening image while creating an appeal among customers as they asked for a Hawaiian Pineapple. This campaign was carried forward at Ambience by Elsie Nanji, Freddy Birdy, Maia Katrak who were all ex-Enterprise.

Vadilal has grown to become a large, successful ice cream brand. It has an entire gamut of products like real fruit ice cream, gourmet ice creams, ice cream cakes, kulfis, sundaes, and no sugar ice creams, to name a few. Apart from ice creams, Vadilal has built on its success and entered new businesses too, like dairy and frozen foods. But the story of brand Vadilal and its advertising is about how it made desi ice cream have the same oomph as its western counterparts. 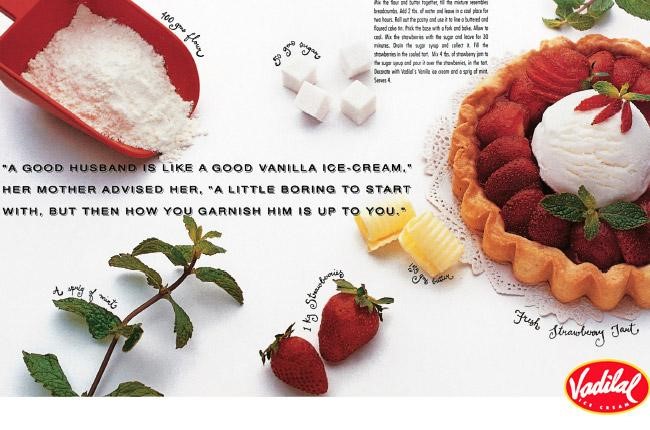 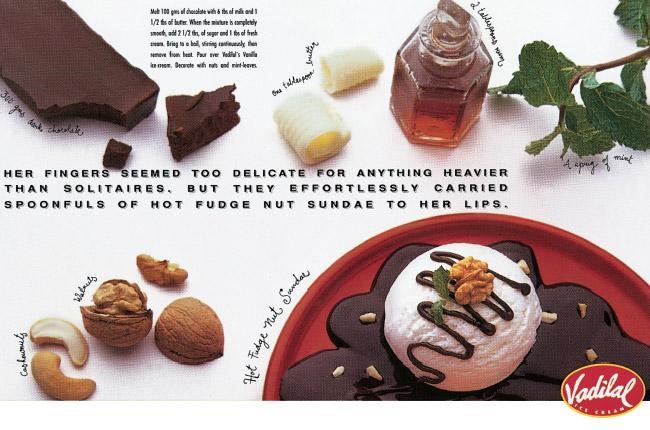 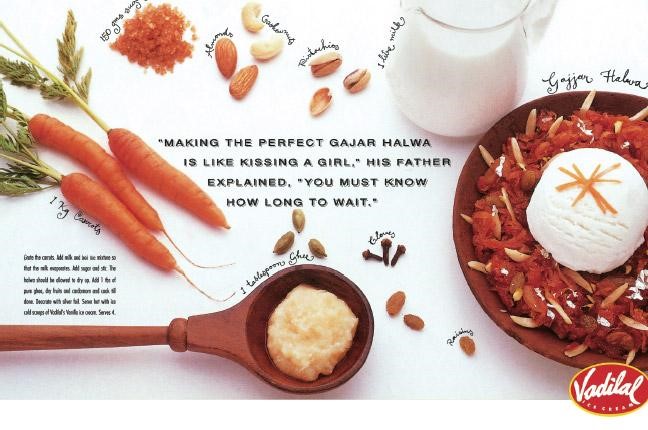 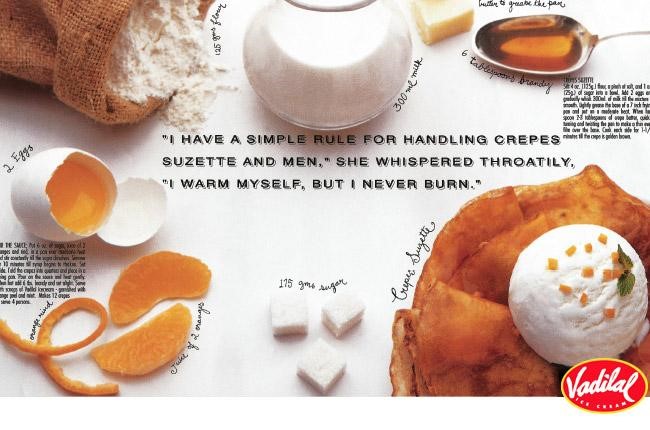 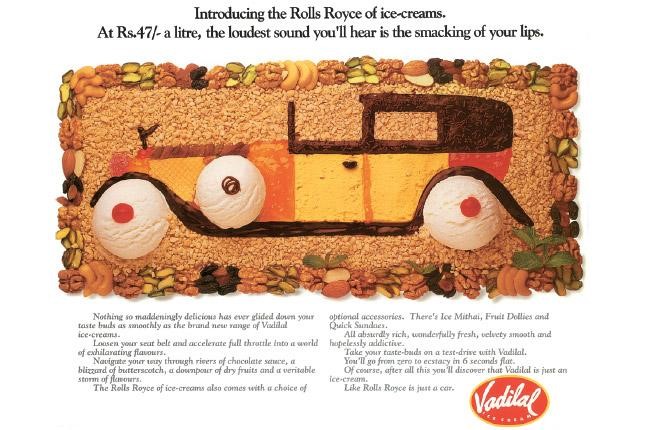 About authors: Subodh Tagare is an Associate Professor at IMT Nagpur, where he teaches courses on marketing. Prior to IMT, Subodh was the marketing director at American Power Conversion, Schneider Electric for South Asia.S Vejay Anand consults with organisations on business strategy and marketing. He has also been an entrepreneur in the food and pet care spaces. Earlier he was president at Coffee Day and COO at USPL.