Move over LVB deal, Clix Capital's Pramod Bhasin is already looking for his next partnership

With its strong risk management and underwriting skills, the co-founder hopes Clix will double in size by 2022 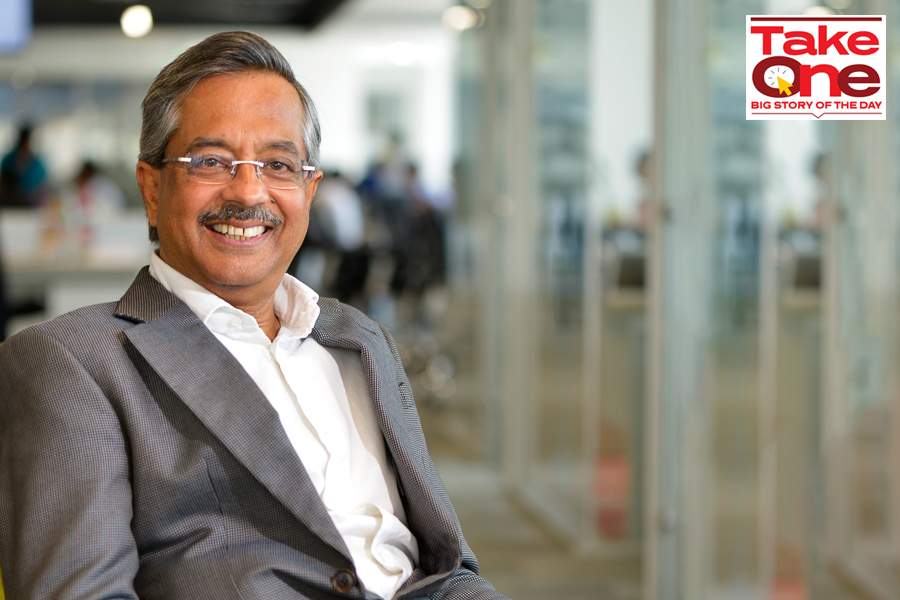 A fair amount of cheer is back in Clix Capital co-founder Pramod Bhasin’s voice. Not disillusioned by the breakdown in talks of the company’s potential amalgamation with private sector lender Lakshmi Vilas Bank (LVB), Bhasin has more ideas charted out for his non-banking financial company (NBFC). The plan now is to create a strong digital franchise to serve segments where Clix Capital has its strengths—providing loans to small businesses for their working capital needs and expansion plans, besides providing a range of loans: Unsecured personal, home, wedding, vehicles or medical emergency.  Bhasin—who had earlier founded NYSE-listed business process management firm Genpact—continues to be focussed on growing inorganically despite the sour LVB deal. “The [LVB] deal is over, it is past us. But we are definitely interested in looking for partnerships in the fintech, retail-focussed NBFC space and even micro-finance companies,” he told Forbes India, over phone. Plans to seek a banking licence at some stage are also definitely on. “That is why we were looking at LVB,” he added.  Last month, the government approved the amalgamation of LVB with DBS Bank India Ltd (DBIL), the Indian arm of Singapore-based parent DBS. The moratorium imposed by the RBI on LVB in previous weeks was also lifted and all of LVB’s 563 branches will function as DBIL branches. DBIL has 33 standalone branches.  LVB’s forced amalgamation with DBS probably worked best for both partners. DBS brought in Rs 2,500 crore upfront into the amalgamation, which was more than what Clix Capital would have. Bhasin planned to raise fresh capital after the merger.  LVB, due to its strong retail franchise and network, would have given a fillip to Clix Capital to expand its reach. Both the Clix companies have combined assets under management (AUM) of Rs 4,500 crore as of September 2020, servicing at least 50,000 small- and medium enterprises (SMEs) and over two million customers across its business platforms.  Backed by AION Capital, Clix is an unlisted company in which AION has a near-85 percent stake. Bhasin and co-founder promoter Anil Chawla have small, undisclosed stakes. Based on ICRA Ratings data, Clix Capital showed an over 4x jump in revenues to Rs 507.21 crore as of March 2020, from Rs 123.46 crore in FY18. Its bottomline also rose to Rs 53.32 crore in March this year, compared to Rs 11.57 crore in FY18.  India’s banks and NBFCs have seen a contraction in lending activity in recent months, but it, along with collection efficiency—the number of people who have paid back loans out of the total borrowers—has been improving each month. “We will see a much faster rebound in business than expected,” Bhasin said.  Bringing in the Genpact experience
Bhasin is combining all the experiences which he learnt at GE Capital in India and later which he incorporated at Genpact. Bhasin set up the GE office in India in 1994 in Delhi and later shifted to Gurugram. During this tenure, he started joint ventures with HDFC in consumer finance, SBI for credit cards and Maruti for auto finance. But strict lending restrictions towards NBFCs impacted business expansion at that time.  In the late 1990s, Bhasin decided to set up a venture of his own founding: Genpact, which started as a pilot project for GE Capital by providing business process services to its businesses globally. Later, Genpact became independent of GE, expanded its BPO operations across the globe and was later listed at the New York Stock Exchange. Bhasin stepped away from Genpact in 2011.   Experiences of Genpact relating to strategy and organisation building are being brought into Clix. “What we did very well at Genpact was to identify a differential and strengthen it,” says Bhasin. Redefining the customer experience is also needed. “The lending market is still clunky. The ability and ease to get a loan needs to be improved upon,” says Bhasin.  A range of digital lenders, including Capital Float, Lendingkart and PayU India are amping up their ability to provide quick loans. But Clix Capital brings the strength of risk management and underwriting skills, which has seen it falter less in lending, compared to some of its peers. Clix Capital has seen its gross non-performing assets (GNPAs) improve to 1.1 percent in FY20 from 5.8 percent in FY18. But the coming months could become a little tougher for banks and NBFCs, including Clix. The ability to repay loans has got severely hampered due to the pandemic as individuals have lost jobs or seen salary cuts and revenues have dwindled for small businesses. Bhasin says some of his business verticals, such as unsecured personal loans and SMEs, will face pressure in the form of restructuring loans. “About 30 percent of each of these books could be restructured,” he said, but the total amount would be in single digits for the entire Clix loan book.  Looking ahead
Bhasin has plans to create an amalgamation-based technology platform to provide end-to-end digital solutions for SMEs and individuals. At present, a lot of lending in the industry is still DSA (direct selling agent) and touch-based, involving paperwork and a lot of hand-holding. “This needs to change quickly. The skill is also in how one underwrites the business of an SME when earnings are not completely visible. That is the Holy Grail,” he said.  Clix already has partnerships with Paisabazaar over personal loans. It has also tied up with Paytm for services such as collection of customers’ KYC documents, customer service and to act as a collection agent.  Bhasin did not disclose the size of the treasure chest he has to spend towards a new partnership but it has the strong backing of AION Capital in such ventures. Looking ahead, he sees all banks and retail-focussed NBFCs as competition. He foresees Clix Capital to double in size by 2022, while gaining strength as a digital and retail-focussed NBFC providing personal, SME and education loans.  Going by his own targets, Bhasin will be a rather busy man over the next twelve months.