Why Lakshmi Vilas Bank needs an urgent dose of capital

The traditional private sector bank was left struggling for capital and supervision in 2019 after a deal for a financial partnership failed. Now it needs both urgently. 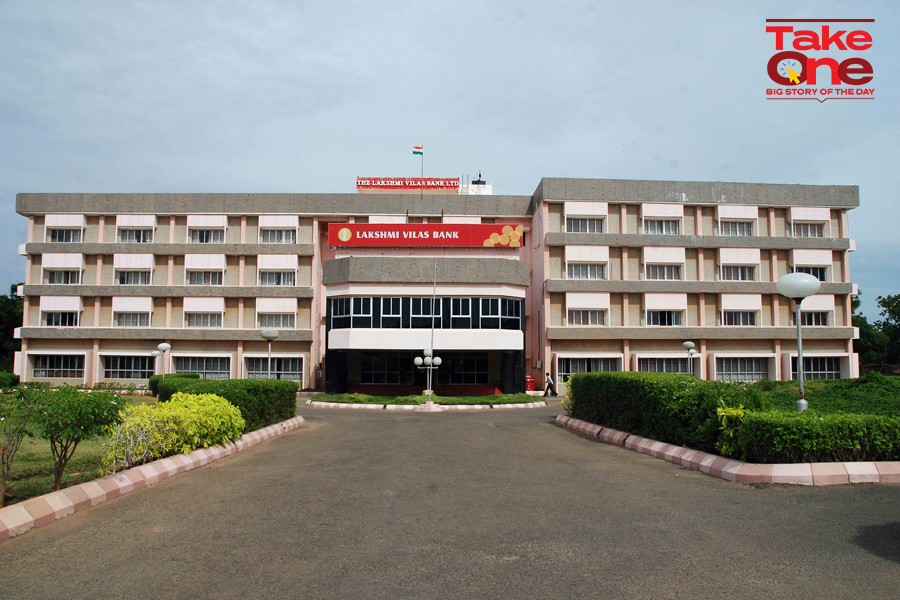 It is worrisome when shareholders of a listed entity rebel against the board of directors. That’s what happened in the case of the 93-year-old Lakshmi Vilas Bank (LVB) where shareholders decided, publicly, to vote against the appointment of seven board members in September. But what is even more alarming is that the bank is, even after a year, still struggling to resolve the problems which forced the Reserve Bank of India (RBI) to put operational limitations on the bank in 2019. The Chennai-headquartered LVB, in the past three years, has seen a sharp rise in non-performing assets, which has led to higher provisioning and hence an erosion of capital and huge quarterly losses (see table). LVB’s Tier 1 capital ratio has turned negative at -1.83 percent in June and -0.88 percent in March, against the minimum requirement of 8.875 percent. Deposits continued to fall and the bank once again reported a negative return on assets (-1.65%) in its June ended quarter. LVB has been starved off capital after its proposed merger with Indiabulls Housing Finance was rejected by the RBI last year, without disclosing reasons. But it is believed that an institution with a high exposure to the troubled real estate sector caused concerns for the RBI. The central bank has so far been silent on the troubles being faced by LVB. All of this means that placing the bank under the prompt corrective action (PCA) scheme of the RBI did not really help. The weak performance finally culminated into decisive shareholder action–in most cases votes against were around 60 percent–against the board directors, including LVB’s managing director and CEO S Sundar. Three independent directors, Shakti Sinha, Satish Kumar Kalra and Meeta Makhan, were unanimously voted for by the shareholders, with a 99.8 percent approval. There are also two RBI appointed directors on the board. A minority shareholder and a former employee at the bank R Subramanian has filed a public interest litigation at the Madras High Court seeking suspension of the entire board and appointment of an administrator, alleging mismanagement and financial irregularities. Lack of performance But what led to the weakening of operations at the bank? Insiders say that indiscriminate lending to various troubled sectors and the breakneck speed of expansion with the opening up of 100-plus branches between 2016 and 18 caused problems. “The bank was apathetic in approach to digital transformation compared to other banks. They never became a one-shop stop for banking and then panicked and then expanded in an unplanned way,” a source who is aware of the bank's operations says, declining to be named. Ashvin Parekh, managing partner of Ashvin Parekh Advisory Services, who has been an advisor to various banks and corporates, says the bank saw a combination of active shareholders with a larger focus placed on performance, rather than control at the board.” This is starkly different from the shareholders’ action at the Dhanlaxmi Bank this month, where their managing director Sunil Gurbaxani was ousted from the board. Despite the recent irregularities, LVB has a strong retail presence across South India, which includes 23 lakh retail customers and a faithful small-businesses clientele. “The banks real strength is in its retail customers. The problem is that there has been a mismatch at the bank, between the capital adequacy and the retail strength,” Shakti Sinha, who is part of the three-member committee of directors (CoD) cleared by the RBI to manage daily operations for the bank, told Forbes India. 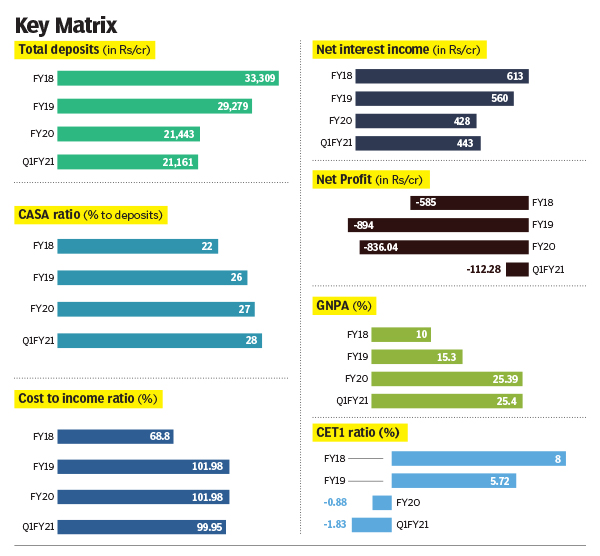 Casa (Current and savings account) growth for LVB has been steady and not impressive. As a percentage of deposits, LVB is amongst the lowest performing, with a level of 26 to 28 percent in the past three years, against 40 to 56 percent for leaders such as ICICI Bank, HDFC Bank and Kotak Mahindra Bank. A low casa ratio means that a bank has to rely on costlier wholesale funding. Not only has Casa growth been weak, so has deposit growth. The cost of deposits is more expensive than that of some of the larger banks, hovering at 6.3 percent to 6.7 percent, compared to a lower 4.5 percent to 5 percent for the other large private banks.  Raising capital In recent years older private sector banks such as LVB and Dhanlaxmi Bank have been almost sidelined unable to raise capital when required. Public sector banks which were hampered with similar problems have seen a well-coordinated and government backed merger plan with larger public sector banks, reducing the need for recapitalisation. After the Indiabulls Housing deal collapsed, LVB has been keen to approach non-banking financial company Clix Group, led by founder and chairman Pramod Bhasin. Sinha said the due diligence for the deal is complete and the bank is considering valuations and terms of the offer. There could be clarity on this in the next two weeks. Clix would stand to gain from a strong retail presence of the bank while LVB would get a boost of capital. Bhasin did not respond to calls. Concurrently, LVB will this week finalise the list of merchant bankers who will advise the bank on the best route to raise capital. This proposal was approved by shareholders in the September AGM. The plan, insiders say, is to raise around Rs 500 crore either through a follow-on offering, rights issue, qualified institutional placement, GDR or an ADR offerings. For either the Clix proposal or the raising of fresh capital through investors to succeed, the bank firsts needs to find strong support from its existing set of depositors. “We have discussed with the top management the drive to reach out to all our large depositors and strengthen their confidence in the bank. We will not default on any payment,” Sinha says. 75 percent of the total deposits are term and include family concerns and large charitable trusts. A shortlist of candidates to head the bank has also been sent to the RBI for approval. “All these measures are being taken at jet speed,” Sinha said. He was confident that the bank will ride through this crisis. But the September-ended Q2FY21 earnings data is expected to be weaker. Much hinges then on LVB’s ability to raise capital or find a financial partner quickly to avert a crisis. Or else, as in previous years, the RBI will need to become a little more proactive.