The perils of true-crime writing

For even a scrupulous, serious-intentioned writer attempting to chronicle a contentious crime, there are all sorts of potholes along the way 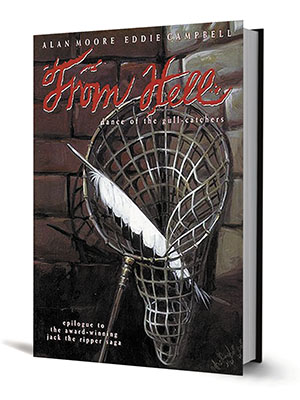 As an avid reader of true-crime literature, I often spend as much time reading comments on a book’s Amazon page—or on websites about the case—as reading the book itself. One learns so much about the workings of the human mind: How our perspective on a crime can reflect our own paranoias and pet obsessions; how people, even when trying to be “objective”, unwittingly let slip some bias that has coloured their view of a case.

The same holds when I visit the Ripper Casebook forum—a huge site dedicated to information and speculation about the Jack the Ripper murders of 1888—and read the theories, some measured and others outlandish, that followers of the case put forth to this day, often arguing bitterly with those who don’t see their point of view.

Watching the ‘Ripperologists’ pore over a 127-year-old case’s every detail (much of which is incomplete, unauthenticated, or subject to problems of interpretation) makes me think of one of the most brilliant comics I have read, Dance of the Gull-Catchers. This is the 24-page coda to the Alan Moore-Eddie Campbell graphic novel masterpiece From Hell, a fictionalised telling of the Ripper story. Having taken the reader through 500 pages where he worked out a premise based on a widely debunked theory, Moore turns hilariously, caustically meta and turns a lens on the convoluted history of the case and its would-be solvers. (‘Gull-catcher’ refers to someone who traps or tricks gullible people; but in characteristic Alan Moore style, there is a double-meaning. The protagonist of From Hell is the physician Sir William Gull, a real-life historical figure.) “The truth is this has never been about the killer or his victims,” he writes. “It’s about us, about our minds and how they dance. Jack mirrors our hysterias.”

That history has included the unearthing of a diary supposedly belonging to the killer, a royal conspiracy theory where Queen Victoria herself was involved, and random accusations directed at public figures of the time. And along the way, many well-known authors have been either gull-catchers or gullible. For instance, the novelist Patricia Cornwell went to Scotland Yard, took a look at a dark and disturbing painting by the artist Walter Sickert, and just knew, intuitively that Sickert was Jack the Ripper. She went on to write a book titled Portrait of a Killer, announcing that she had unmasked the murderer, and pompously titled it ‘Case Closed’, rightly becoming a laughing stock for anyone who was seriously acquainted with the facts of the Ripper case and could see just how dubious Cornwell’s research and hypotheses were.

For even a scrupulous, serious-intentioned writer attempting to chronicle a contentious crime, there are all sorts of potholes along the way. At the risk of getting very specific, here’s an example. Most serious students of the Ripper case agree that the best, most comprehensive single book about the case is Peter Sugden’s 1994 publication The Complete History of Jack the Ripper. Sugden, more a historian than a ‘Ripper buff’, was wary of the perils of depending on handed-down material; he threw out all the received wisdom about the case and began research afresh, and the results show in the high quality of the final work.

Yet, so complicated is this case—with so many people coming under a cloud of suspicion—that even this dedicated writer couldn’t cover all bases. One chapter in Sugden’s book begins with a straightforward description of the discovery of a victim’s body early in the morning by a cart-driver on his way to work. It reads like perfectly objective journalism, based on the official record—but as it happens, there are now people in the Ripperology world who believe the cart-man, Charles Cross, to be a valid suspect. Seen in that light, presenting Cross’s account in a detached, third-person voice can open a writer up to charges of taking a witness statement at face value.

Something comparable happens with Avirook Sen’s new book Aarushi, about the Aarushi Talwar double murder of 2008. This is a book that deserves to be taken seriously, coming as it does from a journalist who closely followed the trial of Aarushi’s parents Rajesh and Nupur Talwar, and came to the conclusion that they had been railroaded and wrongly convicted for the crime.

Looking at the Aarushi case up close is to be reminded of the often-fatal role first impressions can play in determining the course of law. Armchair detectives watched Nupur Talwar on TV in the early weeks of the case and decided that she didn’t fit their idea of what a grieving mother must look or behave like. Meanwhile, the investigation was ham-fisted and revealing of the prejudices of the policemen and detectives concerned. In the social-media age, the shrill ‘opinions’ of a few thousand people can easily drown out more measured assessments, and the media is only too happy to indulge them.

Sen does a good job of covering all this in the book, but something about Aarushi discomfited me. The narrative opens with an objective recounting of the morning the murder was discovered—specifically, with the maid Bharti Mandal ringing the Talwars’ doorbell. Bharti is the reader’s point of entry into the story; the perspective here is that of a person who is wholly an outsider to the situation, someone who will never be under suspicion herself, but whose arrival at the crime scene sets events rolling. However, less than two pages into the book, Sen abruptly shifts perspective and tells us about Rajesh Talwar waking up, seeing a bottle of whisky on the dining table, becoming alarmed, rushing into his daughter’s room with his wife, and discovering the dead Aarushi.

But this is something we know only from the testimony of the Talwars, and if they are guilty, it is obviously untrue. I found these paragraphs problematic, because this sort of book—an investigative narrative about a contentious, high-profile case—should record all the clearly known facts first, and only then venture into the murkier terrain that has contradictory versions of events (at which point the author can start gathering evidence, analysing testimonies and inconsistencies, and making his own case about what really happened). To present the parents’ version of their actions as objective fact on just page two—before the reader has even been acquainted with the basic details of the case—comes across as manipulative, even if that wasn’t the intent. Another reminder of just how tricky it can be to write a balanced true-crime book.