The 22-year-old founder of Logically, a machine-learning-led startup aiming to combat the fake news menace, talks about the technology behind the platform, India plans and why a little skepticism is good 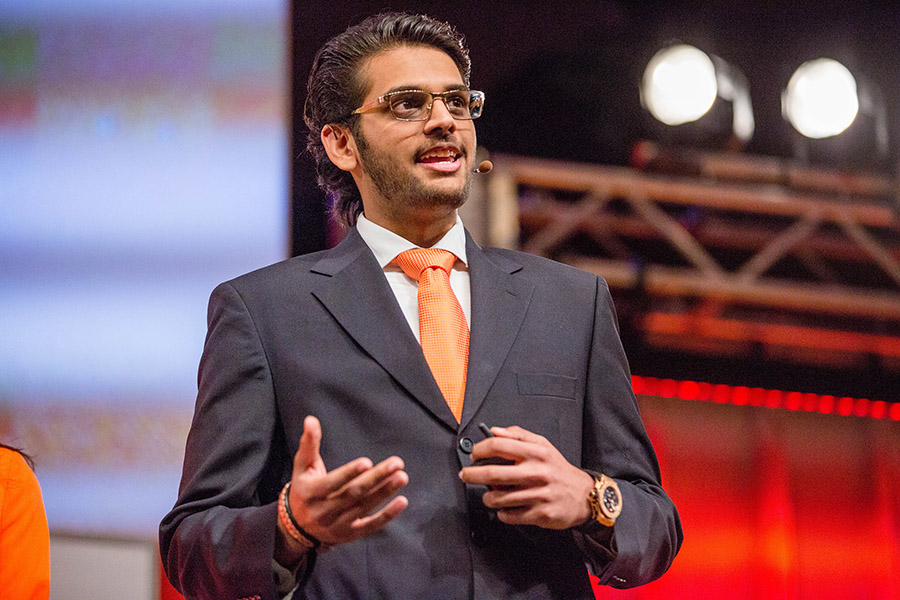 Lyric Jain, Founder of Logically
UK-based Logically, a year-old startup, uses a machine learning algorithm and natural language processing to combat fake news around the world. Its algorithms can examine fact from fiction. Indian origin entrepreneur Lyric Jain, originally from Mysore, is only 22 years old and recently graduated from Cambridge University and Massachusetts Institute of Technology (MIT). Jain speaks to Forbes India about the technology behind his platform, India plans and more. Edited excerpts:

Q. What got you interested in the phenomena of fake news?
Social media firms and media institutions struggled to address the spread of misinformation, during both, the 2016 US presidential election and Brexit. Several entities ended up warping the public opinion. I saw that fake news had a damaging effect on the democratic process.

Q. How did you go about setting up the business?
A preliminary market research I did while at MIT demonstrated the public was looking for access to credible information to make informed decisions. I designed a machine-learning algorithm that Logically now uses to detect logical fallacy, inaccuracies and bias. We anticipate we can help repair and improve the state of civic discourse.

Q. Can you explain the technology used to combat fake news?
Logically app algorithm sifts through the biggest news stories and highlights the features that may make it fake – like headline-article dissonance, logical fallacy, political bias, and inaccurate statistics. The meta data – quality of source, accuracy of content, and social network behaviour – how the story proliferates and spreads, are all gauged to tell fact from fiction.

This allows Logically to provide its users with a transparent and insightful view to determine how trustworthy the news they read really is.

Q. Fake news has had a far-reaching effect in India. Do you have any exclusive plan for the country?
The consequences of fake news in India have been alarming, and particularly due to the way the stories spread on WhatsApp. Its end-to-end encryption makes it extremely difficult for law enforcement to intervene. The time taken to disprove fake news is often too long for preventive action. That’s where Logically comes in. Its use of artificial intelligence (AI) will let users gauge the veracity of the news in real time, preventing knee-jerk reactions. We hope to launch in India by October. We’ve to carefully adopt to cultural and linguistic nuances there.

Q. What best practices can journalists follow?
Now more than ever they need to stay abreast with developments across the digital media landscape. The intersection of social media platforms, digital advertising models, and publishers have created a flourishing fake news environment. With a developed understanding and emerging technologies identifying and debunking fake news becomes easier.

Q. There are a few competitors. How do you aim to differentiate your platform from the others?
We welcome a collaborative approach to fight fake news and misinformation. Logically differentiates itself by focusing on the end-user first, rather than relying on B2B partnerships for revenue. Unlike other solutions in this area, Logically isn’t just one tool - but a collection of technologies that detect bias and determine credibility in a scalable way, using ensemble AI models. The algorithm has already been trained on over 700,000 articles; about 20 million sentences.

Q. What is your business model? How are you funding it?
We’ve received grants from organisations, including MIT. We are open to further investment partnerships with organisations that align with our mission and values in the future.
In India, Logically will be ad-led because of the urgent need for a solution. It will make sure we can make it accessible for free.

Q. Does Logically only identify fake news in text format? Do you have any software to track fake pictures and videos?
The need for a solution to navigate potentially deceptive video technologies like deepfakes is increasing, but right now we’re only fully focused on text formats. However, at some point, we will expand to picture, video and audio too.

Q. What do people watching the news need to keep in mind, to single out the fake from the truth?
Diversify your news sources. Read different takes on the same issue. It’s always helpful to bring a healthy level of skepticism to the information you’re reading. If something doesn’t seem quite right, take the time to investigate it further.