The world’s forest cover is declining, but at a lower rate than in the 1990s. And while some developing nations are cutting away more of their trees, others are planting more 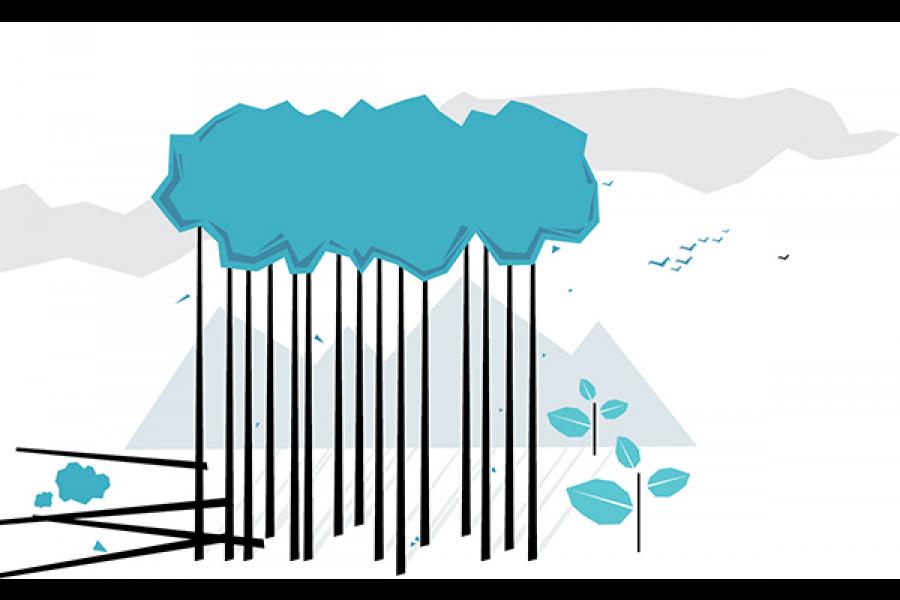 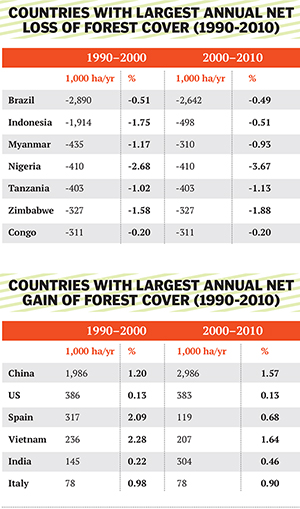 1. Some of the smallest countries have the densest forest covers. French Guiana, for instance, has 98 percent of its land under forests, while it’s 95 percent for Suriname.

2.Deforestation due to conversion of forests to agricultural land is declining in several countries but remains alarmingly high in others.

3. Around 13 million hectares of forest were converted to other uses or lost through natural causes each year between 2000 and 2010. For the 1990s, the loss was 16 million hectares.

4. Brazil and Indonesia (with highest net loss in the 1990s) have significantly reduced their rates of loss, while in Australia, severe drought and forest fires have increased the loss of forests since 2000.
5. The net change in forest area between 1990 and 2000 was about -8.3 million hectares per year. For 2000-2010, the figure is -5.2 million hectares per year, an area slightly bigger than the size of Costa Rica. The current rate of loss is 37 percent lower than that of the 1990s.

6. This reduction is due to decrease in the deforestation rate and an increase in the area of new forests, through planting or seeding, and natural expansion of existing forests.