In for the long haul: Radhika Piramal has infused fresh blood into VIP Industries

Since taking over, Radhika Piramal has brought fresh direction and purpose to the aging luggage maker VIP Industries 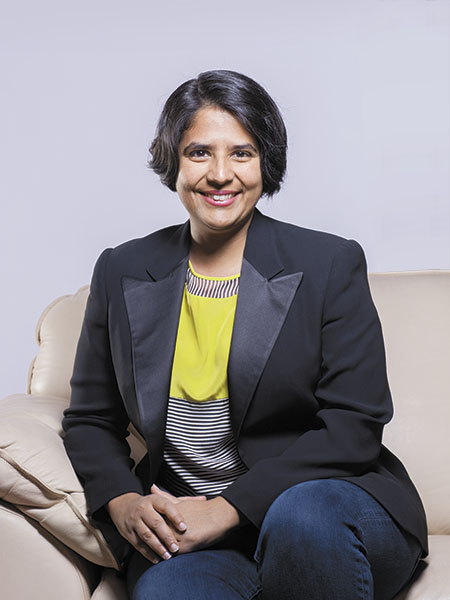 I really like this. It’s very clever,” says Radhika Piramal pointing to a framed photograph of an interactive installation by artist Shilpa Gupta that hangs above her work space. Two people are shown carrying large white bags with the words ‘There is explosive in this’ boldly type-faced. Look closer, and you’ll see a ‘No’ written in a lighter shade, before the word ‘explosive’. “Plus, it depicts bags, so it works well,” she says, eyes twinkling with a smile.

As managing director of VIP Industries, India’s largest luggage maker by market share, bags are in Radhika’s blood. The Piramal family bought the company in 1973 when it was called Aristo Plast VIP Industries. When Radhika’s grandfather, Gopikrishna, passed away in 1979, his son Dilip separated from his two brothers, taking with him the luggage business. (Brother Ajay Piramal runs Piramal Healthcare, along with interests in finance and real estate, while late brother Ashok Piramal’s family is into textiles and auto components.) Dilip ran the business with professional help until Radhika took over as managing director in July 2010, after completing her MBA from Harvard Business School (HBS) and a stint at consultancy Bain & Company in New York. Today, the 38-year-old drives strategy as well as day-to-day operations at VIP Industries, while her father serves as chairman.

When she took over, the once celebrated VIP Industries was struggling. It had dominated 80 percent of the organised market until the early 1990s. When the Indian economy was liberalised, multinationals entered the fray, and poached VIP Industries’s top management. “By the end of the 1990s we had reached a low point. Our management had become weak, and our growth was stymied because of intense competition from the unorganised sector,” says Dilip, 67. Samsonite, the global leader in luggage, also entered India by 1997.

Today, VIP Industries holds a 52 percent share of the roughly Rs 2,600-crore organised luggage market in India. (The entire luggage market, including the unorganised sector, is worth about Rs 7,500 crore, says Edelweiss Securities.) Samsonite comes in second at 35 percent, followed by homegrown player Safari at 13 percent, according to published sales figures of the three luggage companies for the six months ended June 2016. Samsonite leads the market in all the 100-plus countries it operates in, except India. Even after 20 years of being in the country, the American luggage maker hasn’t been able to unseat VIP Industries, points out Radhika Piramal. “We must be doing something right,” she says. 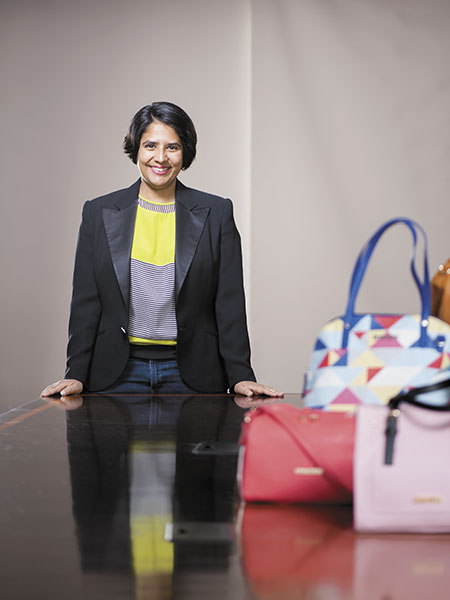 In 2012, Piramal introduced women’s handbags in bright colours under the brand Caprese
Sure enough. Piramal has breathed freshness into VIP Industries: Stodgy suitcases have given way to sleeker ones, pop-coloured women’s handbags have been introduced, and cool backpacks re-launched. “Her ability to grow multiple brands and categories simultaneously has been the biggest change in direction at VIP Industries,” says board member Amit Jatia, whose family has a majority ownership in Westlife Development, the master franchisee for McDonald’s in western and southern India.

Sales stood at Rs 1,216 crore for FY 2016—up 14 percent over the previous year, and well above the industry average of 8 to 9 percent. But that’s not all. In a country where members of the LGBT community tend to hide in the shadows, Piramal is the first openly homosexual corporate leader. “I’m very proud of being the first out lesbian CEO in India,” she says. Her frankness is unusual and her work at reviving VIP laudable, earning her a spot in Forbes India’s first W-Power issue this year.

The younger of two sisters, Piramal first started out at VIP Industries as a brand manager in 2001, after graduating from Oxford University. She worked for three years, helping with the acquisition of British luggage company Carlton in 2004, after which she went to HBS. Upon her return in 2009, Radhika rejoined VIP Industries  as executive director in charge of marketing. According to Dilip Piramal, if Radhika had not stepped in, VIP Industries would have completely lost out to competition.

So what exactly did she do? For one, she rebuilt the management team. “She got the entire top corporate group in order and eventually revamped the entire team from finance to marketing, sales and design,” recalls Dilip. Next, Radhika was quick to understand that clear consumer segmentation was needed—different brands had to cater to different consumers. “That’s the only way we can retain our market leadership,” she says. Also, the retail landscape was fast changing, but VIP Industries largely operated through the dealer or wholesale channel. Radhika took it upon her herself to develop a more “meaningful presence” in departmental stores and hypermarkets, as well as ecommerce.

By the time Radhika returned to VIP Industries, the brand had already got a makeover of sorts because the transition from hard luggage to soft luggage had taken place: The latter contributed 60 percent to revenues in 2009, and today it accounts for 70 percent. But just that wasn’t enough. “While brand VIP always stood for quality and trust, it lost out on being seen as aspirational,” says N Chandramouli, CEO of brand intelligence company TRA. “A piece of luggage is a travel companion. Consumers want it to reflect their personality.”

To this end, Radhika Piramal has been hard at work. The brand, after all, contributes almost half of the company’s total sales. Piramal roped in actor Hrithik Roshan to endorse the newly designed suitcases last April. In the television ad, a James Bondesque Roshan takes on gun-wielding goons while guarding a cool blue VIP suitcase. The suitcase weathers the assault and is eventually returned to its rightful owners. “The campaign showed the strength and durability of VIP, which has been our key brand attribute, but also showed that we’ve updated, in terms of our look,” explains Piramal, adding that the bags are now made of polycarbonate, a lightweight and strong material used extensively in the luggage industry.

While VIP Industries doesn’t release brand-wise numbers, in a conference call with analysts last November, Piramal stated that brand VIP had posted “double digit” growth for the quarter ending September 2016. After several quarters of slow growth, an improvement had been seen since the Roshan campaign was launched. “VIP as a brand is under pressure,” says Manoj Bahety, deputy head of research at Edelweiss Securities. “[But] VIP Industries’s other brands like Caprese and Skybags have picked up because of strong distribution reach.”

Under Piramal’s leadership, VIP Industries launched women’s handbags under the brand name Caprese in 2012. The rationale was simple: Typically a woman might have five or 10 handbags, whereas a whole household will have only two or three pieces of luggage. “It’s a huge market and no big national brands were catering to it,” says Piramal. She drew on VIP Industries’s core capabilities of sales, marketing and distribution, as well as sourcing, design and merchandising, to market the bright handbags. Endorsed by Bollywood sweetheart Alia Bhatt, the bags are priced between Rs 2,000 and Rs 4,000 and cater to the mass premium segment. The branded women’s handbag market is “maybe 5 percent” of the total women’s handbag market in India, says Piramal. So the challenge—or the opportunity, as she likes to see it—is to convince consumers to switch from unbranded to branded bags. “What Xerox is to photocopying or Bisleri may still be to water, my goal is to make Caprese synonymous with ladies handbags,” she says.

Piramal also successfully re-launched Skybags in 2011, a mid-segment brand of backpacks and duffle-bags that VIP Industries had introduced in the 1980s. To inject a youthful verve into the campaign, it signed up actor Varun Dhawan in 2015. With its quirky colours and graphic prints, Skybags is the best performing brand in VIP’s kitty, growing at 70 percent year-on-year for the last three years, according to an HDFC Securities report. It is the fastest growing luggage brand in India, says the report, and the management expects it to continue growing by 50 percent every year. “Our advertising is much more cutting-edge now,” says Dilip Piramal, adding that roping in Bollywood stars has worked well for VIP Industries. Ad spends stand at 7 percent of sales and Radhika intends to maintain that.

As competition heats up in the value segment with homegrown player Safari opting for aggressive discounts, Radhika Piramal is turning her focus towards Alfa and Aristocrat—VIP’s entry-level luggage brands. Simultaneously, she wants to grow further in the premium segment through brand Carlton. A “terrific new product assortment” has been launched and exclusive Carlton stores are in the pipeline, she says.

By uniquely addressing the value-, middle- and premium segments, Piramal plans to retain VIP’s market leadership. The father-daughter working dynamic appears seamless: “He’s a sounding board. We work very well together,” says Piramal. She’s grateful for the free hand he gives her at work, and importantly, for his support in letting her be the person she is. “Because being an LGBT is so taboo here, people don’t talk about it much, let alone come out and identify as such. I feel if I have the platform where I can talk about it, I’m happy to,” she says.

Piramal knows her mind, and is unafraid of making hard choices. Steering VIP Industries towards greater success is a long-haul journey, and her cherry red jacket sleeves are firmly rolled up.