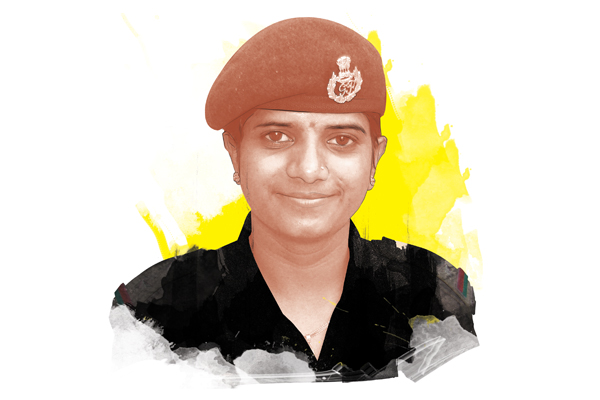 Raseela Vadher, 31, has achieved what few women have in India: In 2007, she became one of the first batch of women to be recruited by Gujarat’s Forests and Environment Department in the Gir National Park, home of the endangered Asiatic Lion.

When the department began recruitments in 2007—with a new unit for women—Vadher, from Gujarat’s Junagadh district, went along with her brother. And although he failed the fitness tests, she got through.

“Women had worked in the administrative departments, and at check-post security duties. I did not want to do this. When the opening was for the animal rescue team, I thought why not try it,” says Vadher.

Vadher has been involved in more than 900 animal rescues: 300 involving lions, 515 involving leopards, and the rest involving crocodiles, pythons and other wildlife. Now a forester, she works in anti-poaching operations, and raises awareness among neighbouring villages.

“Vadher, like other women in the forest service, has proved that nothing is impossible. They are fearless and extremely hard-working, sometimes more than the men,” says Dr AP Singh, the chief conservator of forests (Wildlife Circle) in Junagadh.

They are fearless, sometimes more than the men.

Tweets by @forbesindia
Sanctum Wealth bets big on equities in 2017
In for the long haul: Radhika Piramal has infused fresh blood into VIP Industries