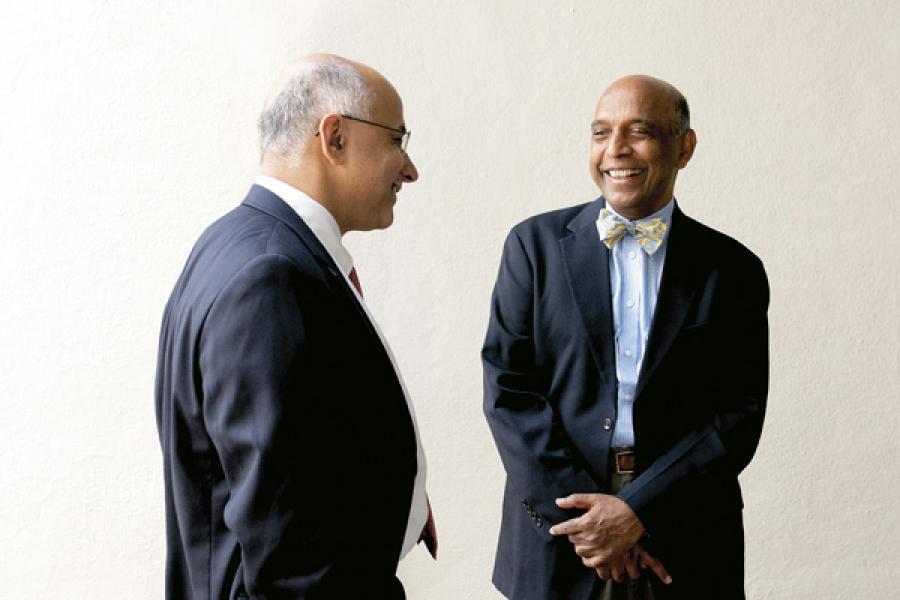 Dr Gullapalli N Rao
Profile: Founder of the not-for-profit LV Prasad Eye Institute
He Says:
• Never depend on ‘soft funds’ like grants and donations for operating expenses.
• Never keep refunds to patients pending. No pending payments. Pay salaries on time.
• Deliver on each and every promise.

When KR Narayanan, then President of India, developed a cataract, his secretary Gopalkrishna  Gandhi asked for Dr Gullapalli N Rao. Dr Rao dutifully examined the first citizen of India and recommended surgery. He suggested that his colleague do the operation as he had stopped operating since he turned 55. Gopalkrishna Gandhi reportedly told Dr Rao to do him a favour and agree to do the operation himself. “I am doing you a favour by not operating on him,” Dr Rao famously quipped.

Today, I am in Hyderabad to meet this unusual man, who is wearing a quaint bow tie, has a Mont Blanc pen in his pocket, but is wearing a worn-out brown leather belt that has done its tour of duty.

Dr Rao founded the LV Prasad Eye Institute in 1986. He had recently  returned to India after teaching at the University of Rochester in the United States. A chance encounter with filmmaker LV Prasad gave him the initial funding he needed to start the not-for-profit, state-of-the-art hospital that treats patients regardless of their ability to pay. The institute has served 15 million people at its main centre in Hyderabad along with three tertiary, 10 secondary and 86 primary centres in various states. Half of the institute’s patients do not have to pay no matter how complex the treatment.

Dr Rao’s decision to become an opthamologist was easy, as he followed in his father’s footsteps. His father lived in Chennai near another great doctor, the legendary Dr Govindappa Venkataswamy, who founded the Aravind Eye Hospital, and Dr Rao remembers seeing him come and go. At the tender age of three, Dr Rao was sent to the care of his maternal uncle in a village called Edupagallu, 10 kilometres from Vijayawada. He studied there until his class 8 at a Telugu school.

The early years in the village chiselled his inner being and impacted who he was meant to be. He saw pervasive contrasts everywhere, even within his family and learned to make reasoned choices in life. His grandfather was an ardent freedom fighter who gave away his wealth, while his uncle lived a life defined by a compulsive need to consume. Dr Rao saw this as an ever-present polarity in life and learned that you have to detach yourself, deeply observe your surroundings and then consciously choose a path so that you do not live a life of false comparison. Among professionals, doctors as a community are more prone to become “victims of lifestyle”. Usually, that path is a one way street.

The man in front of me in the incongruous bow tie drives around in a Zen and comes to work in a Mahindra Scorpio. There are stories of how, at events where he was the chief guest, people have shooed him away to park remotely. 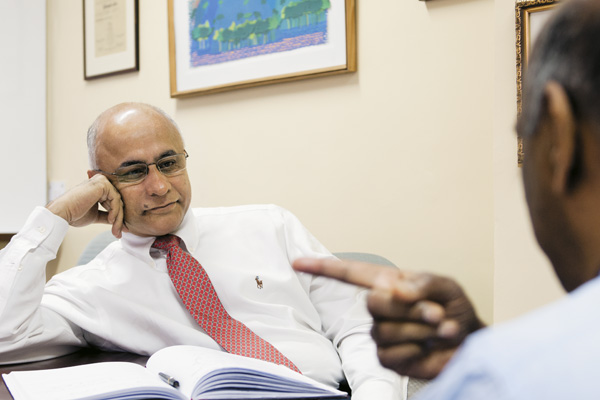 His second great abiding influence came from his school teacher Seetharamaya, a man of small means. The students slept at his home after doing their evening work, and their teacher would dutifully wake them up for early morning lessons before they headed out, barefoot, for school.

Seetharamaya taught his students English and Mathematics, but also instilled in Dr Rao the power of discipline and hard work.

The formative years in the village made him a permanent villager in the big world, something that makes him very proud and rooted, that he took from Chennai to Vijayawada to Guntur to Delhi to Boston and now back to his roots.

“In late 1981, my wife Pratibha and I decided to return to India. We donated all our savings and then approached friends and ophthalmic corporations for support. I then approached NT Rama Rao, then the chief minister of Andhra Pradesh, for land. The allotted land was used for our public health and optometric education [division]. In the summer of 1985, I was introduced to Ramesh Prasad, son of LV Prasad, well known movie director and producer, by a mutual friend. After discussions and going through the project proposal, he decided to donate one crore rupees and 5 acres of land. In recognition, the Institute has been named after him.” 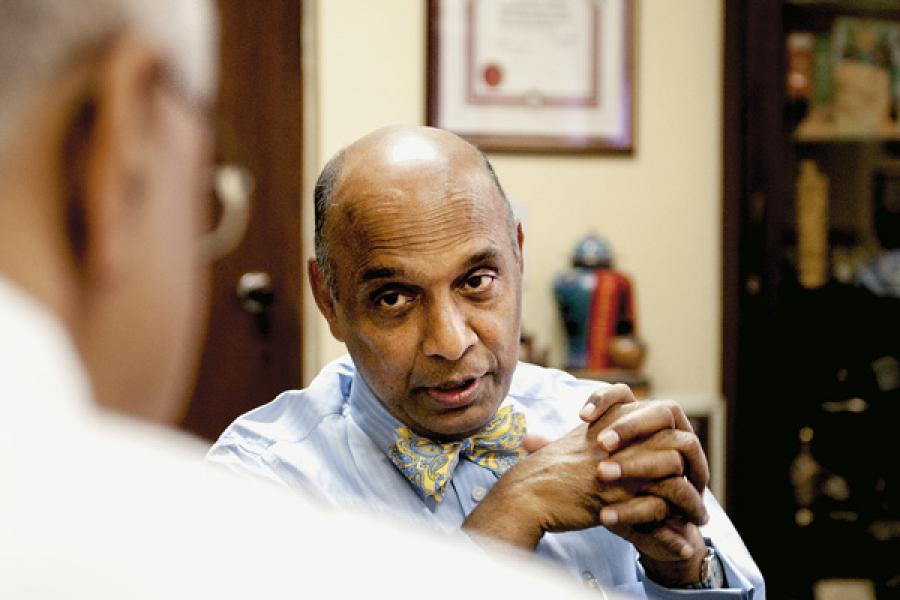 Image: Vikas Khot
I want to ask Dr Rao a fundamental question: How do institutions that scale maintain integrity? How is it possible to keep the spirit intact as new people join? After all, we live in a society where many professionals have an ambivalent attitude towards governance and the medical fraternity has more than its share of non-believers.

“At LV Prasad, we decided on one thing: we will bring all newcomers into the organisation first to Hyderabad, this is where we incubate the mind, the intellect. When a doctor, fresh from college, comes and works here, the values get imbibed for life. If you walk around the campus and ask the security guard or the ward boy what our values are, he may not be able to articulate it but if you ever try to tip him, he will simply not  accept it. We are extremely selective about lateral recruitment and we are always ready to lose a lot of people because they don’t fit into our value system.”

And what about institutional practices that ensure fiscal prudence and governance?

“I am no financial wizard and chose the path of simple, transparent systems that I can understand and feel comfortable with: Never depend on ‘soft funds’ like grants and donations for operating expenses. Never keep refunds to patients pending. No loans or overdraft. No pending payments. Pay salaries without fail on the last day of each month. Spend [based on] only what we earn. All of us are full-time employees and there is no private practice. Think before spending every time something comes up. Deliver on each and every promise.” 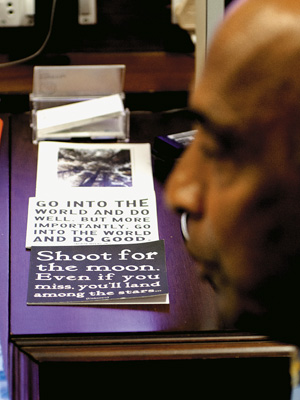 The issue is not only fiscal integrity; it is about beliefs that go deeper. Dr Rao tells me about a doctor whose privileges were suspended. She was heard telling a patient not to be difficult because he was “non-paying”. Ability to pay is not what gets you entitlement at LV Prasad.

After meeting Dr Rao, I attend the 25th annual reunion of LV Prasad Institute fellows, which brings together doctors from many parts of the country who, once trained at this great place, have fanned out to create a community connected with the shared vision of excellence and service. It has spread Dr Rao’s idealism far and wide, a living testament to a man’s faith in the human capacity to make substantial impact in one lifetime.

The LV Prasad Alumni Association today is a humming network of doctors that is making the idea of vision go beyond what the normal eye can see. The community showers its affection and praise on Dr Rao so effusively that I feel jealous.

It is time for me to go. As I am leaving, I want to understand from Dr Rao how great doctors like him are able to maintain their mooring amidst all the adulation. I ask him in earnest, “Tell me doctor, how do you keep your balance when the whole world creates this huge, larger than life image and doctors are treated like God?”

“But aren’t we?” he asks in mock seriousness. I marvel at his audacity and both of us laugh our heads off.


Subroto Bagchi is co-founder & chairman, MindTree and a best-selling author. His brief:  Every fortnight, exchange tales of the road with successful entrepreneurs.

Tweets by @forbesindia
Letter From The Editor: Surviving the Perfect Storm
Manoj Pradhan: India Should Not Take Growth For Granted