A tightrope walk for Mr Jaitley

Budget 2016 is one of the most significant ones in recent times; expectations from the FM are enormous 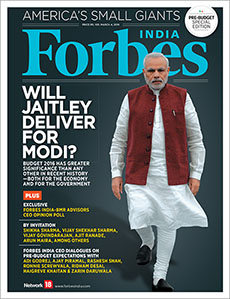 It is significant that this year, the 25th anniversary of the historic Manmohan Singh budget which set India on the path of liberalisation, will also be witness to what many feel is one of the most significant budgets in recent times. Expectations from Finance Minister (FM) Arun Jaitley are enormous. Jaitley’s 2016 Budget comes against the backdrop of a global downturn, turmoil in the markets and economic challenges in China. Add to that a major slowdown in Indian exports, mounting non-performing assets (NPAs) in the banking sector, poor corporate balance sheets and the lack of private investment and one begins to understand the multiple issues the finance minister will have to address.

It’s not all negative, though. Inflation is lower, foreign exchange reserves comfortable and the rupee is relatively stable. India is now the fastest growing major economy in the world. While falling oil prices have also provided an additional cushion and helped the government raise revenues by way of excise rates, the key question before the FM will be whether these are enough to ensure an economy hungry for investment gets enough push. With the 7th Pay Commission recommendations and One Rank One Pension scheme expected to demand more resources and the government having missed the disinvestment target by a huge margin, where will Jaitley find the resources to pump into the economy in the absence of private sector investments? Besides, bank NPAs are proving to be a huge drag on the system and need urgent attention if growth is to be fuelled. Will the FM allow himself a little breather on the fiscal consolidation timeline (say, by pushing it back another year) to free up resources? Or will he soldier on in the interest of economic credibility while innovating to invest more? These, as Deputy Executive Editor N Madhavan explains on page 38, are just some of the many dilemmas Jaitley faces this year.

Our power-packed 2016 Budget special also brings you a wide range of opinions from the finest thought leaders, while a panel of some of the biggest names in corporate India discusses the imperatives before Jaitley. We also bring you an exclusive pre-budget opinion poll of CEOs conducted for us by BMR Advisors. And despite the multiplicity of views, the voices are unanimous on one count: Budget 2016 is critical for India’s economy. As Prof Vijay Govindarajan points out, the “window of opportunity is not permanent and is closing fast”. How quickly the FM is able to seize this opportunity will decide the trajectory India takes in the coming years.

Tweets by @forbesindia
KKR buys 10% stake in Max Financial Services
Bengaluru is achieving what many regions could not: Stanford business school dean