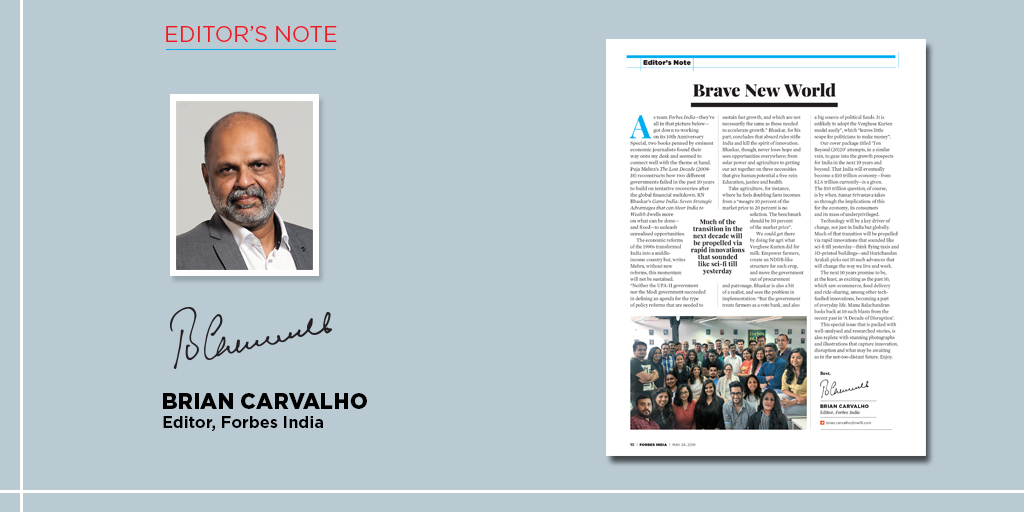 As team Forbes India—they’re all in that picture below—got down to working on its 10th Anniversary Special, two books penned by eminent economic journalists found their way onto my desk and seemed to connect well with the theme at hand. Puja Mehra’s The Lost Decade (2008-18) reconstructs how two different governments failed in the past 10 years to build on tentative recoveries after the global financial meltdown. RN Bhaskar’s Game India: Seven Strategic Advantages that can Steer India to Wealth dwells more on what can be done—and fixed—to unleash unrealised opportunities. 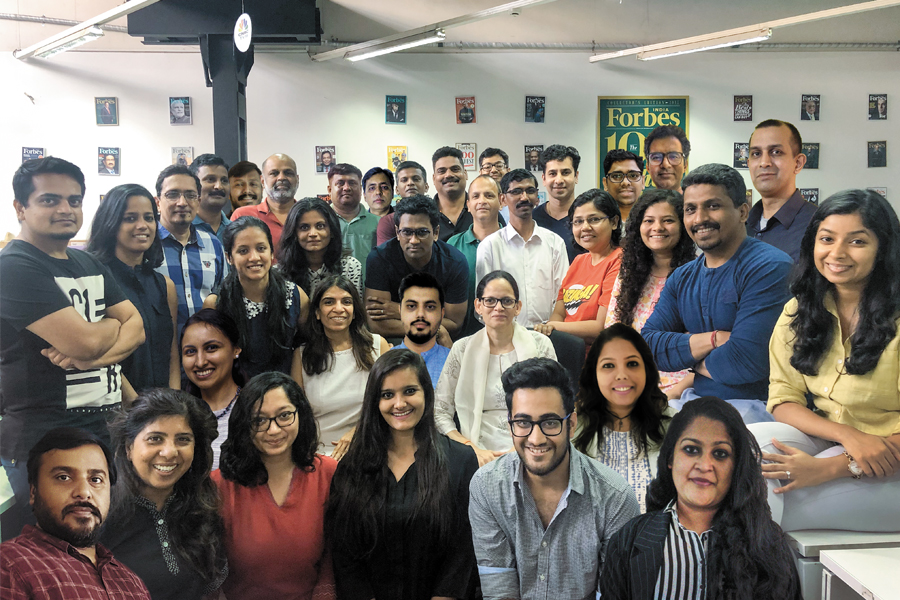 
The economic reforms of the 1990s transformed India into a middle-income country but, writes Mehra, without new reforms, this momentum will not be sustained. “Neither the UPA-II government nor the Modi government succeeded in defining an agenda for the type of policy reforms that are needed to sustain fast growth, and which are not necessarily the same as those needed to accelerate growth.” Bhaskar, for his part, concludes that absurd rules stifle India and kill the spirit of innovation. Bhaskar, though, never loses hope and sees opportunities everywhere; from solar power and agriculture to getting our act together on three necessities that give human potential a free rein: Education, justice and health. Take agriculture, for instance, where he feels doubling farm incomes from a “meagre 10 percent of the market price to 20 percent is no solution. The benchmark should be 50 percent of the market price”. We could get there by doing for agri what Verghese Kurien did for milk: Empower farmers, create an NDDB-like structure for each crop, and move the government out of procurement and patronage. Bhaskar is also a bit of a realist, and sees the problem in implementation: “But the government treats farmers as a vote bank, and also a big source of political funds. It is unlikely to adopt the Verghese Kurien model easily”, which “leaves little scope for politicians to make money”. Our cover package titled ‘Ten Beyond (20)20’ attempts, in a similar vein, to gaze into the growth prospects for India in the next 10 years and beyond. That India will eventually become a $10 trillion economy—from $2.6 trillion currently—is a given. The $10 trillion question, of course, is by when. Samar Srivastava takes us through the implications of this for the economy, its consumers and its mass of underprivileged. Technology will be a key driver of change, not just in India but globally. Much of that transition will be propelled via rapid innovations that sounded like sci-fi till yesterday—think flying taxis and 3D-printed buildings—and Harichandan Arakali picks out 10 such advances that will change the way we live and work. The next 10 years promise to be, at the least, as exciting as the past 10, which saw ecommerce, food delivery and ride-sharing, among other tech-fuelled innovations, becoming a part of everyday life. Manu Balachandran looks back at 10 such blasts from the recent past in ‘A Decade of Disruption’. This special issue that is packed with well-analysed and researched stories, is also replete with stunning photographs and illustrations that capture innovation, disruption and what may be awaiting us in the not-too-distant future. Enjoy.