There are 56 Indian companies on the 2015 Forbes Global 2000 list. Twenty-five firms improved their rankings

The bullishness in the global markets and the growing economic clout of Asia are in ample evidence in the 2015 Forbes Global 2000 list of the world’s largest and most powerful listed companies. This list, which is based on four key metrics—revenues, profits, assets and market value—all with equal weightage to ensure no one factor is given undue importance, has seen its aggregate value grow by nine percent year-on-year at $48 trillion. The total revenues and assets of the 2000 companies are equally jaw-dropping: $39 trillion and $162 trillion respectively. The biggest companies are also those which have generated enormous value for shareholders. 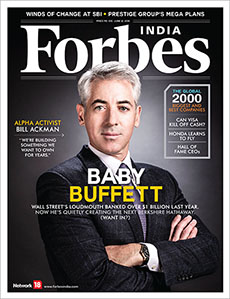 Dig a little deeper and more interesting facts are visible. This year, China establishes its stamp firmly among global economic powers, with four out of the top five in the list being Chinese banks, with the number 1 slot occupied by the Industrial and Commercial Bank of China, followed by China Construction Bank at number two. Significantly, banks and financial companies dominate the list with as many as 434 slots. China also added more places in this assortment of the most influential, moving ahead of Japan for the first time ever.

But despite China’s growing clout, the US continues to dominate the list of the biggest and the best with as many as 579 of the top 2000. Berkshire Hathaway is the top US company, finishing fifth overall. China (including Hong Kong) ends up with 232 companies on the list despite dominating in the top five. Japan now stands third in terms of number of companies that have made the cut. Among notable newcomers, the world’s largest IPO saw China’s Alibaba enter the list for the first time. American Airlines, Starbucks, Monster Beverage and Facebook were among the key gainers.

Back home too, the gradual recovery in the economy meant that 56 Indian companies are now part of the Global 2000, up from last year’s 54, with Reliance Industries (rank 142) continuing to lead the pack, followed by the country’s largest lender, State Bank of India, at 152. In fact, four of the country’s leading lenders figure among the top 10 Indian companies on the list, the others being ICICI Bank, HDFC Bank and HDFC. Twenty-five companies improving their rankings can be considered fairly good going for the country.

Elsewhere in this issue, SBI chairman Arundhati Bhattacharya tells us how she is attempting deep-rooted changes in the way the banking behemoth does business, a year-and-a-half after she took charge as SBI’s first woman boss. We also get you the inside story of how Irfan Razack is drawing up a mega plan to take his real estate company Prestige Estates beyond south India. Read on.

Tweets by @forbesindia
Angela Merkel tops Forbes' list of the world's 100 most powerful women
Of Vikings and Elves: Intriguing Iceland