A new note: Sunidhi Chauhan remains on top of her game

Playback singer Sunidhi Chauhan has remained at the top of her game for two decades. And though singing stays her first love, she's now exploring her acting potential too 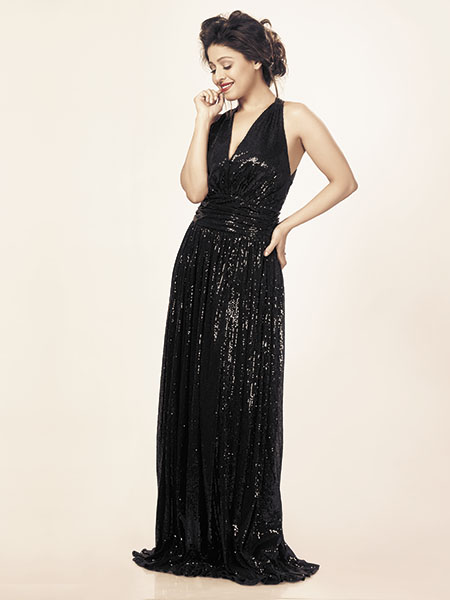 As we step out of the elevator on the 19th floor of a high-rise in suburban Mumbai’s Lokhandwala area, we hear faint music streaming out of one of the apartments. The music becomes louder as we move closer to our destination. Sunidhi Chauhan, who has just returned the previous night after performing at IIT Roorkee, greets us with a polite hello. She is dressed in a lavender tank top and black tracks and as she sits back cross-legged on the sofa, she picks up the TV remote to mute the Western music she has been immersed in.

It’s been a long journey for the 33-year-old who, at the age of 12, became the youngest participant to win a televised singing competition, Meri Awaz Suno, in 1996. But ask her about the start of her career and she downplays the win, saying she participated in the show only to meet her idol, Bharat Ratna Lata Mangeshkar, who was the chief guest. “I was just starting out then… there was no other way I could have probably seen and met her,” she says. However, she does admit that the show on Doordarshan got her noticed. “It was a big thing for me. It did give me a lot of boost in my career. Ever since, I have been singing,” says the playback singer, who had started singing at the age of four as a hobby.

Still, it wasn’t a cakewalk. Chauhan had sung one film song before the competition—‘Ladki Deewani’ in Shastra (1996)—and the victory did not instantly translate into more offers. But it was a stepping stone, strengthening Chauhan and her father’s resolve.

Her father, theatre artiste Dushyant Kumar Chauhan, made the rounds of music directors’ offices, making her sing the odd alaap here and there, hoping for a big break. “I was like a tape recorder. My father would do the talking and I would just sing. I wouldn’t like to take credit for my struggle,” says Chauhan as she recalls the effort her father put into her career.

It didn’t take long for the film industry to notice and embrace Chauhan’s voice. Her singing career took off after playback singer Sonu Nigam recommended her for Ram Gopal Varma’s Mast (1999) to music director Sandeep Chowta, who was looking for a new voice. Nigam had already recorded a song for the movie and felt Chauhan fit the bill, having heard her previously during her stage shows in Delhi. “Sonu insisted I hear her. She was into Mariah Carey and Céline Dion then and had a stupendous voice,” recalls Chowta. 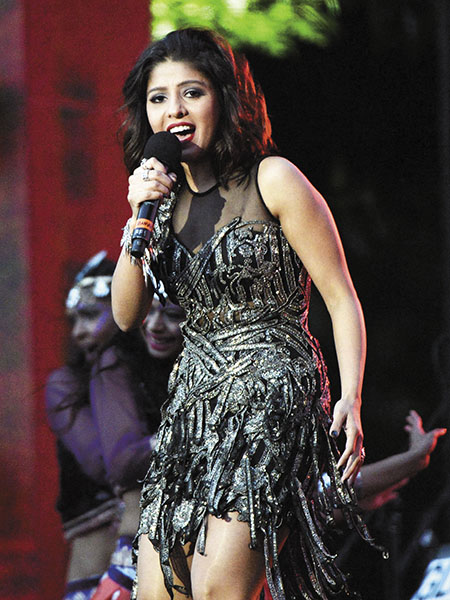 Image:Michael Kovac / Filmmagic
Chauhan, then 15, was initially signed for just one song in Mast, but when the team realised that her voice suited lead actor Urmila Matondkar, she got to sing two additional songs. “The female version of the title track was incorporated just for her,” says Chowta.

Today, Chauhan is regarded as a volcano of talent who can lift any song with her melodious voice and expression. And despite the fact that she has consciously cut down on playback singing—the few numbers she lent her voice to in 2016 include ‘Maa’ from Neerja, ‘Tere Liye’ in Fitoor, ‘Darkhaast’ in Shivaay and ‘Just Go To Hell Dil’ in Dear Zindagi—she continues to be flooded with offers. “The point is to sing quality, not quantity,” says Chauhan about her decision to go slow in 2016. “I still get a lot of songs, but 80 percent of them are similar to those I have sung before. Why should I repeat myself? It is my responsibility to keep entertaining my fans with a new me.”

Chauhan has been at the top of her game for the last two decades and been a part of every change the music industry has gone through. And one major reason she has managed this effortlessly is that she still works with the enthusiasm of a newcomer. “Earlier, I was like an excited kid who would put my heart and soul into it [the song I was singing]. It’s still the same. I always treat every song as my first. Only then can I improve as a singer; only then can I give something different each time. That’s what I strive to do… to sound different in every song. Or sing better than the last one, at least. That keeps me going,” she says.

It’s a trait she has had since she was a kid—to be different; she would pick the most difficult songs even when she sang at school functions. But singing was just a hobby and what she really wanted to be was a dancer. “I still want to be [a dancer]. But my singing got noticed when I performed before guests at our house in Delhi. My dad’s friends would tell him to train me in singing.” She, however, taught herself. “My training to date has been listening to music.

Earlier, it was singing along with Lataji or Ashaji’s [Asha Bhosle] songs. Then, a lot changed when I was introduced to Western music and English songs. I started listening to them, adapted a few things from different singers and various kinds of music to create my own style,” says Chauhan, who was moved by Australian singer Tina Arena’s music. “The first ever English song that I heard was her ‘Chains’,” she says.

Her way of adapting to every situation and song and her distinctive style have meant that she has worked with the best in the industry and has numerous popular songs to her credit already. “She is a brilliant singer with a wide range and an individual style. She does not copy anyone. She knows what she’s doing and is in total control. She’s not just a singer, she’s also a musician,” says Chowta, referring to the fact that she has an understanding of how musicians work. “She’s a versatile singer with a style and voice of her own,” adds music director Anu Malik, who has used her wide range to great effect—he believed in her softer tonality and got her to sing a slow number, ‘Meri Zindagi Mein’ in Ajnabee (2001), at a time when she was known for her racy numbers. “She had been singing those high-pitch songs. That’s when I thought why not get her to sing a falsetto? I wanted to use her mellow voice in a romantic track,” he says.

Lyricist Prasoon Joshi, whose acclaimed songs ‘Maa’, ‘Mere Haath Mein’ and ‘Dekho Na’ (the latter two from Fanaa, 2006) were soft numbers sung by Chauhan, also believes that she can lend her voice to every situation. “She is an effervescent and soulful singer,” he says. Varma, who has used Chauhan’s voice for challenging songs in many of his films, including Jungle (2000) and Bhoot (2003), describes her as the best singer he has come across in his entire career.

The manner in which she switches from racy to mellow, from soulful to effervescent, may seem effortless but belies the years of hard work she has put in. Over time, she has come up with what has now become a process when it comes to the recording of a song: Learning the tune, understanding the lyrics and finally getting to the mike. Now it has all become second nature, so much so that as long as she knows the song and what it is meant to convey, she doesn’t even need to know the storyline or the actor she is singing for.

“The lyrics tell the story,” she says. She recalls an incident when during the recording of a song for music director Shantanu Moitra, actor Raima Sen dropped by at the studio. Chauhan assumed she was singing for Sen and that is why she was there. It was only later, when she saw the song ‘Kaisi Paheli’ from Parineeta (2005) on TV, did she realise that she had sung for the legendary actor Rekha. “That was such a high, but all credit goes to her. She is such a brilliant actor that she made my voice sound like her own,” says Chauhan.

After two decades of adapting, evolving and doing things differently, Chauhan, whom Chowta calls a multi-faceted personality, decided to challenge herself further—in 2016, she made her acting debut with a short film, Playing Priya, (the director, Arif Ali, made an offer after watching her perform on stage in Bengaluru). She played a housewife in the short film and though she didn’t have many dialogues and it was just six minutes in duration, the urban thriller showed she didn’t lack acting chops.

“Acting is an extension of my singing. I have acted on the mike while recording so many songs. I know I am decent looking and a lot of people, for many years, believed I should get into acting. But I was not ready then. Now, when I know I can give my 100 percent to both [acting and singing], that’s when I decided to act,” she says, adding that she is even reading a few scripts. She may have caught the acting bug but that doesn’t mean she’ll stop wielding the mike. “I am not going to leave singing. It’s not possible,” she says.

There’s plenty in the offing in 2017 as far as film songs are concerned. Besides, there are also concerts and live performances where her high-voltage energy perfectly complements the madness of a crowd. It is something she enjoys and it shows. “You are like a bird, you can fly,” she says. But she is also aware that there are limits. “In that freedom [during live shows], you need to control. You can’t just go berserk,” says Chauhan. “For me, singing has always been moody [mood-related]. It depends on how the atmosphere is around me,” she adds.

How does she prepare, we ask. Is she constantly working? “It’s okay if I don’t sing or hum a line for a day or two. It could be a week of no singing, and then performing directly on stage. I don’t do proper riyaaz (practice)… that kaam chalau riyaaz (informal training) is still on, playing a CD and singing along,” she says.

The interview comes to an end and we make our way out. As we wait for the elevator, the faint sound reaches us again. The music is playing once again. Clearly, the self-learning and grooming don’t stop.

Tweets by @forbes_india
'There are many culinary treasures hidden in old texts'
Celebrity scorecard: The numbers that make them stars