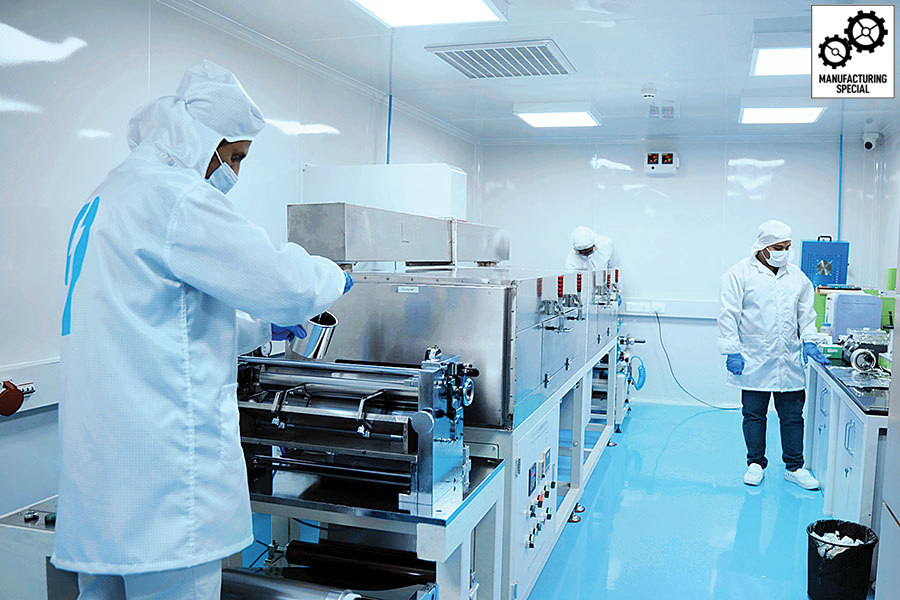 With its new cell manufacturing factory, Log9 is aiming to achieve 50-100MWh of cell production capacity—roughly enough for making battery packs for 1,500 to 2,000 two-wheelers every month

One of the biggest challenges in the way of India becoming self-reliant in electric vehicles (EV) is the import of lithium-ion cells that are used to make up the batteries that go into EVs as well as static energy storage solutions.

Currently, 100 percent of cells that go into modern EV batteries in India are imported. China dominates the production and supply of these cells and batteries, while Japan and South Korea are also large producers. India has no cell manufacturing capacity and even imports a large proportion of the batteries for its growing EV industry.

Log9 Materials, a Bengaluru startup, has emerged as the first venture in the country to attempt commercialisation of the cells. The company is developing cell and battery technologies specific to tropical conditions. And it has established a pilot plant in Bengaluru.

“We are a deep-tech nanotechnology company, developing cell and battery technologies ground-up in India, specific to tropical world conditions,” says Akshay Singhal, co-founder and CEO. Singhal and co-founder Kartik Hajela started the company in 2015 out of IIT-Roorkee. “Our cell fabrication facility is being commissioned as we speak, and it is going to be the largest in India and Southeast Asia,” he says.

Backed by investors including Amara Raja Batteries, Exfinity Ventures and Sequoia Capital, Log9 has already commercialised fast-charging and longer-lasting battery packs for commercial vehicle applications. The next step is to make the cell itself in-house.

“When we started, we could have borrowed technology, but we chose to work on a blank canvas and we have finally made our mark,” says Kartik Hajela, co-founder and COO. Hajela points out that India needs bespoke products made to suit its own conditions. For example, Log9 claims its battery packs charge nine times faster and last as many times longer in comparison with competitors.

With its new cell manufacturing factory, Log9 is aiming to achieve 50-100MWh of cell production capacity—roughly enough for making battery packs for 1,500 to 2,000 two-wheelers every month—and then scale it up to 5GWh in the next three to five years. Log9 is investing about $20 million in the plant, and Singhal expects to “keep augmenting” the infrastructure. 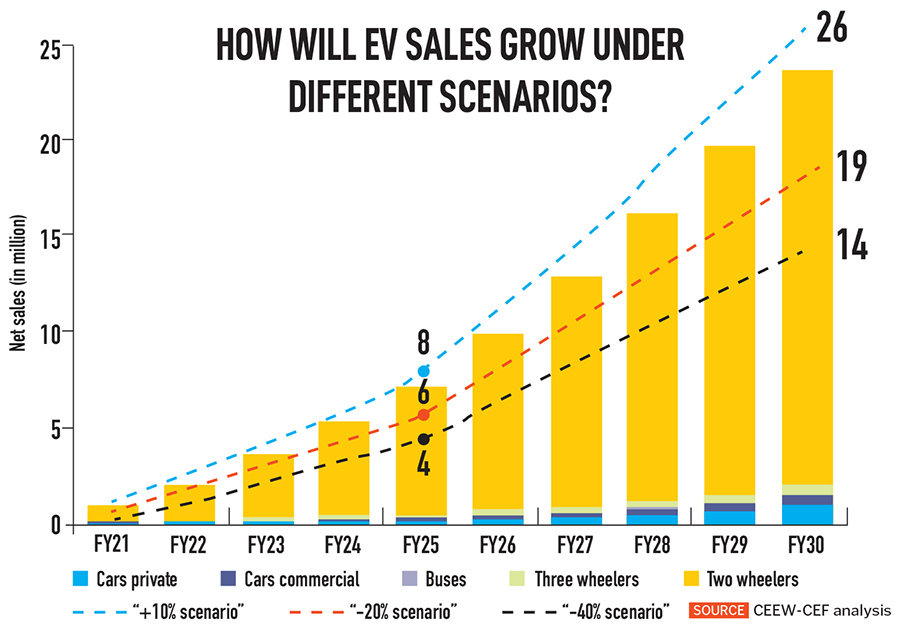 While this is an important start, consider in comparison that China currently has about 250 GWh (gigawatt hours) of annual capacity, which is about three quarters of the global capacity. And China has plans to raise its capacity to nearly 2TWh (terawatt hours) by 2025-26.

Around the world, there is surge in government initiatives aimed at local cell manufacturing in order to break the Chinese dominance and become more self-reliant. From Europe and the US to India, governments have announced policies offering incentives for local manufacturing.

The metals that go into cells, such as lithium, are geo-strategic commodities and India’s known reserves, including a new find near the town of Mandya in South India, are very small.

India imported about $1.2 billion of lithium ion batteries in the fiscal year that ended March 31, 2019—tripling from the previous fiscal—and an additional $929 million in the subsequent eight months, The Economic Times reported in February 2021, citing Harsh Vardhan, union minister for science and technology.

According to an independent study by the Centre for Energy Finance, the EV market in India will be a $206 billion opportunity by 2030 if India maintains steady progress to meet its ambitious 2030 target. This would require a cumulative investment of over $180 billion in vehicle production and charging infrastructure.

By 2030, demand for batteries in India will be 158GWh as commercial electric cars and two wheelers become common. Today it’s around 2GWh. And that 150GWh or so will be the “bare minimum just on the mobility front”, Singhal says. And overall demand could be much more if one includes the static energy storage market.

India Energy Storage Alliance projects that the Indian EV market will have a compound annual growth rate (CAGR) of 36 percent till 2026. The EV battery market is also projected to have a CAGR of 30 percent during the same period.

In this backdrop, an ecosystem that relies entirely on imports of cells will be costlier to build and sustain in the long run, compared with one that can meet at least a good proportion of the demand on its own. And as the world moves to EVs, without its own cells, India would merely go from being dependent on imports of fossil fuels to imports of lithium ion cells.

In addition to manufacturing, Log9 has also invested in, and partnered a cell-recycling startup, which Singhal didn’t name. Battery and battery cell recycling will also be a critical component of the overall push towards self-reliance in EV technologies in India. Other ventures such as Lohum Cleantech in Delhi, for example, are also establishing the recycling ecosystem in India. Log9 is also working on developing aluminium fuel cells, which could eventually be used for long-haul applications.