Moonlight: Just a fad or here to stay?

The IT sector is a divided house when it comes to allowing their employees to take up multiple gigs. Will the coming year provide more clarity? 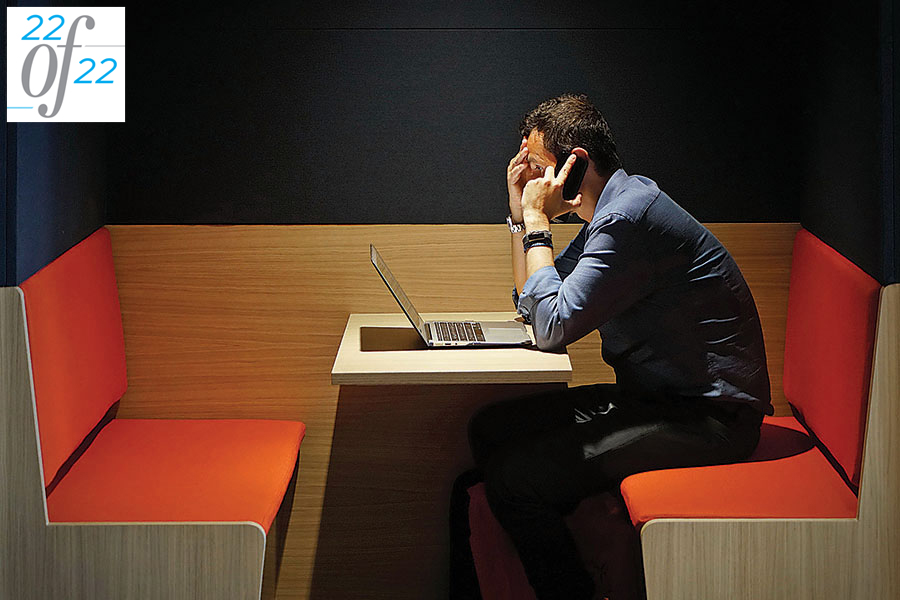 Employees might moonlight for various reasons, depending on their situation and interests. It could be to follow their passion, learn a new skill, teach in a community, or earn an additional income Image: Shutterstock

It caught the nation’s attention when IT services major Wipro suddenly decided to fire 300 employees for what Chairman Rishad Premji called cheating—plain and simple.
But a few months before that, murmurs had already begun surfacing in the startup and IT ecosystem about the need for alternate gigs in employees’ free time to bring in more money, and a policy on ‘moonlighting’. [The word simply means taking up a second job or multiple other work assignments apart from one’s full-time job to make money.]

In August, Swiggy had introduced a moonlighting policy for its employees, allowing them to take up side projects to earn more money while mentioning that such work shouldn’t impact productivity or have a conflict of interest.

But, when Wipro announced action against its employees, many other IT companies followed, calling it an ethical issue, while some found themselves to be a divided house.

IBM India MD Sandip Patel called moonlighting unethical, and on September 13, media reports stated that Infosys had sent an email to its employees, with lines like ‘no two-timing’ and ‘no double lives’, warning them of strict action, including termination, if they are found to be moonlighting. Bengaluru-based Happiest Minds sacked a few employees as it was a violation of the contracts.

But there were also those who came in support of moonlighting. Tech Mahindra, the country’s fifth-largest IT company, made it clear it did not see moonlighting as serious trouble. “We are working on a policy, but we operate in 90 countries and must adhere to all the labour laws in these geographies. I am happy, if somebody is productive, is complying with all brand guidance, values, customer relationship guidance, and wants to do another job, we are fine. Just take permission and tell us what you are working on,” said CP Gurnani, the CEO and MD of the IT major.

The growing debate around moonlighting meant that weeks after it sacked employees, Infosys backtracked, allowing employees to take up alternate jobs, with the prior approval of managers.  “Any employee, who wishes to take up gig work, may do so, with the prior consent of their manager and BP-HR, and in their personal time, for establishments that do not compete with Infosys or Infosys’ clients,” the company said in an email to its employees.

The growing dilemma also comes at a time when the IT industry has been struggling with ‘quiet quitting’, a situation where employees do just about enough work for them to be not sacked. According to a recent survey by hiring platform Indeed, 33 percent of the employers surveyed believe that low general job satisfaction (boredom, lack of challenges, etc) is the main reason for the growing trend of quiet quitting, while 21 percent believe it is a lack of commitment to jobs.

But even then, employees remain conflicted about moonlighting in India, with many still seeing ethical concerns. “Our study shows that less than one out of five employees (19 percent) surveyed want to moonlight in India with a large majority of employees (81 percent) saying they do not wish to take up another job alongside the one they currently work in,citing it as unethical,” Indeed says in its report.

“The human mind is always ambitious and on the lookout to explore new things, it would be impossible for organisations to fulfill the aspirations of all employees,” says Aditya Narayan Mishra, managing director and CEO of CIEL HR Services. “Employees might moonlight for various reasons depending on their situation and interests. It could be to follow their passion, learn a new skill, teach in a community or earn an additional income.”

Monetary considerations continue to be the key factor when it comes to moonlighting, with repaying loans and career progression being the key reasons for the hustle culture in the country. India’s gig economy is expected to nearly triple, from 7.7 million people in 2021 to 23.5 million by 2029-30, according to a report by the NITI Aayog.

Is moonlighting here to stay? “What could possibly change is that people will be more cautious now,” says Mishra. “With a lot of discussions happening around this topic, more people are now aware of the ethics around moonlighting and the consequences,” he explains. “Employees will be more loyal to the company and dedicate the required amount of hours to the primary work, before taking up any additional projects.”

Tweets by @forbesindia
Covid-19: Is the worst behind us? Maybe not
Photo of the day: Aftermath of blizzard of the century