How Ather Energy is revolutionising the lifeblood of private transportation 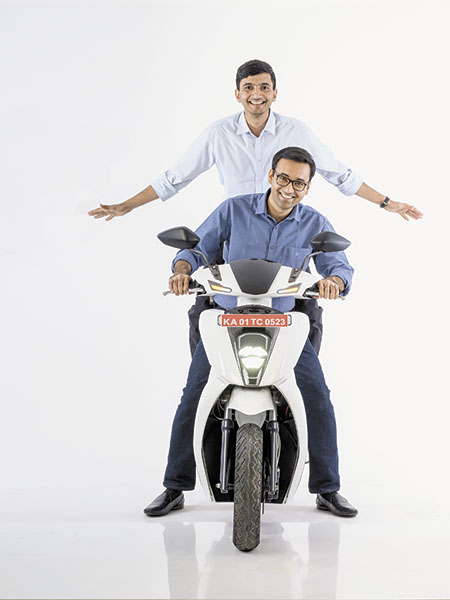 It will take an hour to charge on a 15 ampere point, do a top speed of about 70 kmph and have a range of 70-80 km on a single charge. It will likely be priced between a Honda Activa and a 125cc Vespa.

A working prototype—and a sleek looking one at that—was ready as early as two years ago, but the decision to design and engineer one from scratch means progress has  been slower than CEO Mehta and CTO Jain anticipated. For instance, finding people with “enough exposure to new product development or exposure to electric vehicles has been a challenge,” says Jain.
Click here to view the full Forbes India 30 Under 30 list
They have made significant strides though, including putting together a critical mass of 250 engineers, and finding a deep-pocketed backer in Hero Motors. They have a factory ready, which will initially make a few thousand scooters, but has the capacity for a much larger run—eventually about 30,000 scooters a year. A showroom is also being put together in Bengaluru. And to date they’ve raised about $43 million in funding.

“Two-wheelers are the lifeblood of private transportation in the country,” says Amit Somani, managing partner at Prime Venture Partners. “To build a smart, electric, green two-wheeler is audacious in thought and action for anyone, let alone a young under-30 team. It could be transformative for the landscape in India and eventually emerging markets around the world.”
Click here to view the full Forbes India 30 Under 30 list