Adidas sacked its India CEO Subhinder Singh Prem for disobeying orders. But was Prem really out of line? 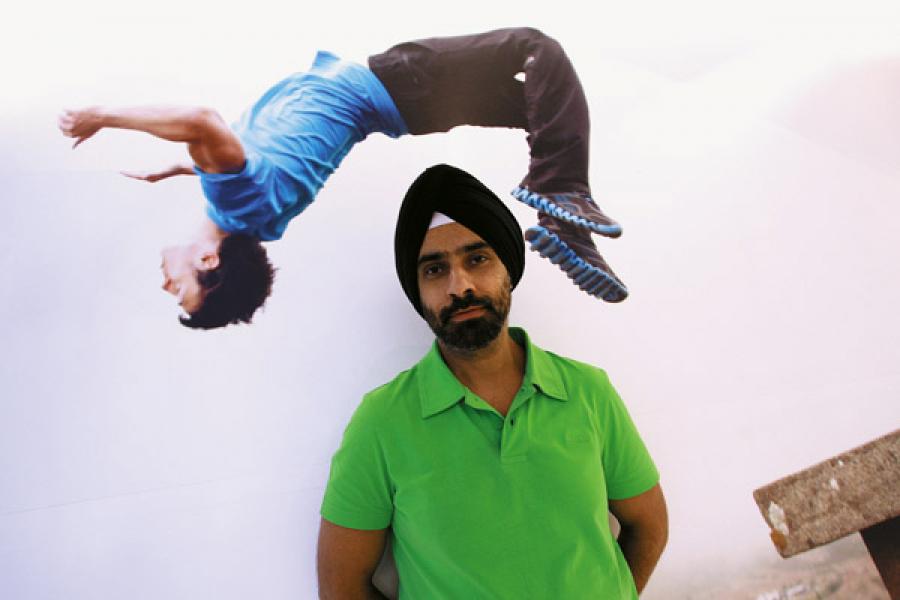 Image: India Today Images
“We’re not getting along and it’s better you leave amicably.” With those words Subhinder Singh Prem’s 17-year career at Reebok came to a hard stop.
It was late March and Prem, 44, the former managing director of Reebok’s Indian entity was in Phoenix, Arizona, for a bi-annual meeting to present the company’s business plan for the fast-growing Indian market. Reebok’s India businesses were to be downsized in 2012 and, though there were differences between Prem and his boss Ronald Auschel on how swift the downsizing should be, Prem believed he’d managed to do the balancing act needed to stay at the helm. Instead, he was asked to summarily step aside.
A month later, on April 30, in an earnings release, Adidas would announce exceptional  sales and profits in its global operations. Those results were overshadowed by what the company termed as ‘commercial irregularities’ in its Indian operations. It said the company would be taking a euro 125 million write-off and restating its results for the year 2010. It asked investors to brace for a further euro 70 million write-off. A week later, the company filed a criminal complaint against Prem. Prem hit back with two cases—one for defamation and another for recovery of his past dues amounting to Rs 12.7 crore in the Delhi High Court.
The Delhi High Court is expected to hear the cases in July. Unless both parties eventually arrive at an out-of-court settlement, there’s every chance that the last has not been heard on this rather unexpected high-voltage drama inside the world’s second largest sports shoemaker.
So what really led to a sudden escalation of hostilities between the swashbuckling go-getting Indian executive and a highly conservative German multinational? Was it merely a clash of corporate cultures, given that Prem belonged to the erstwhile Reebok set-up which Adidas bought out in 2005? Or was he penalised for repeatedly questioning the Adidas system which prided itself on conformity and discipline?
Before we delve into the answers, let’s first start at the beginning.
Quick Off The Blocks
Reebok’s rise in India reads like a fairytale success story. Globally, the brand ranks a distant fourth after Nike, Adidas and Puma, but in India it had built up an impressive network of over a 1,000 stores by 2012 and is the market leader. As Prem explains in an interview with Forbes India, “The reason why we grew was that yes we were looking at distribution. We believed in the spirit of the Indian market. We were in 325 cities. We had over a 1,000 stores.”  In pursuing this aggressive expansion, he says he had the support of global headquarters and Reebok had innovated with products, price points and distribution all of which resulted in making it the largest sportswear brand in India with sales of about Rs 700 crore. 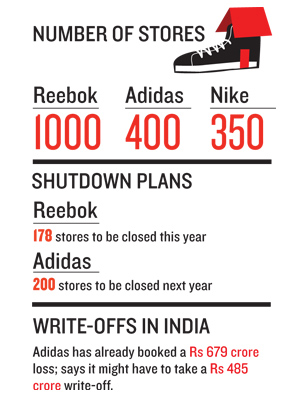 When Reebok opened its first store in Delhi in 1996, under the leadership of Mukhtesh Pant, it took a leaf out of a concept pioneered by Benetton in India: It promised a minimum guarantee to its franchisee. “The whole idea of a minimum guarantee is that the company is convinced that the retailer will make money, but the retailer is not convinced,” says Harminder Sahni, managing director, Wazir Advisors. Since then, the concept of a minimum guarantee has become an industry practice. So the moot question: Why did Prem face so much flak for it from Adidas’ global HQ in Germany?
It may have had to do with the fact that sports goods companies around the world follow an entirely different model: They rely on the wholesaler. The company sells its goods on a 44-45 percent margin to a wholesaler, who is then responsible for selling them. He could set up stores or could sell them to smaller franchisees, but the key point is that the wholesaler is responsible for anything that doesn’t sell. The rewards are his, but the risk is also his once the goods are off the company balance sheet. Globally, these wholesalers would decide when to plan stock clearances, how long to have the sale for, how much to discount goods and so on—all decisions that are typically taken by companies in India.
Now in India, the situation was very different. With an underdeveloped retail market, Reebok realised that there were few wholesalers of repute that they could deal with. Remember Reebok was the first international sports goods company looking to set shop in India at a time when few Indians could afford to pay Rs 2,000 for a pair of shoes. Understandably, individual shop owners were also wary of buying expensive merchandise that may or may not sell. Their risk had to be balanced out.
One way of doing this was to compensate them for their costs. In exchange, the company would balance their upside. So Reebok entered into deals with individual shop owners that took care of their rental and staff expenses. There were also instances when companies were forced to enter into minimum guarantee agreements at prime retail locations where the shop owners had the upper hand and could demand their pound of flesh. In return, the maximum profit these shops could make was capped at 30 percent. Reebok guided them on how to buy and sell, trained the staff and also planned the store fit-outs. It also supported them with strong promotional budgets.
Industry watchers say that where Reebok slipped up was in selecting the right partners. Some shop owners had no interest in selling shoes and treated it purely as a financial investment that fetched a good return. In its aggression to expand in the marketplace, Reebok ended up opening too many outlets in areas that could only support one or at most two.
Adidas too, relied partly on the minimum guarantee model to drive its distribution reach. And even after Adidas bought Reebok for $3.8 billion in 2005, both brands learned to live with this Indian reality. But things start to unravel by 2010. 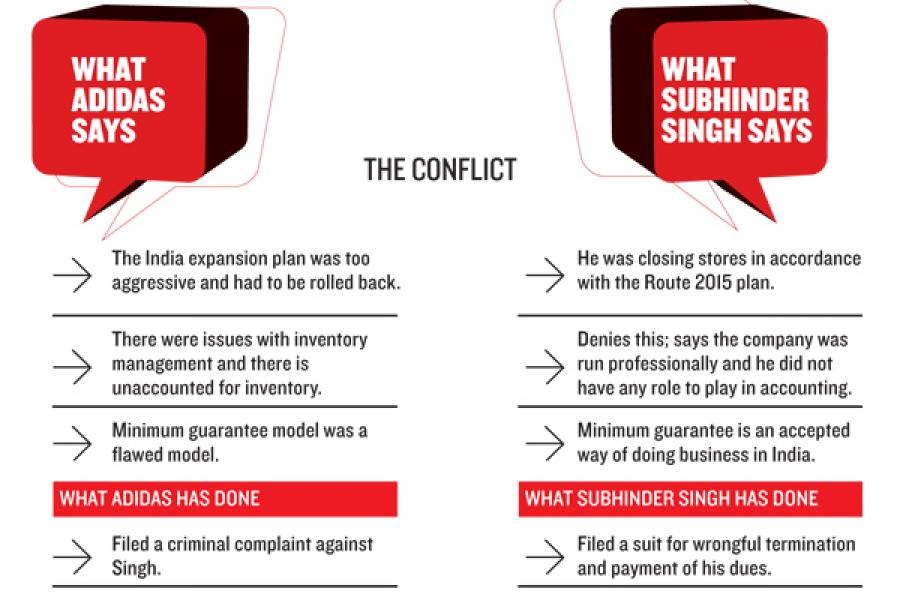 Correction: Devangshu Dutta of Third Eyesight clarifies that he was not referring to Reebok in particular in his comment on channel stuffing. His comment was in reference to the industry in general.