Union Budget 2020: This could be the growth pill the Indian economy needs

Structural reforms will help in the long term. But experts want Finance Minister Nirmala Sitharaman to announce immediate measures to improve liquidity in key sectors, as well as ease taxes 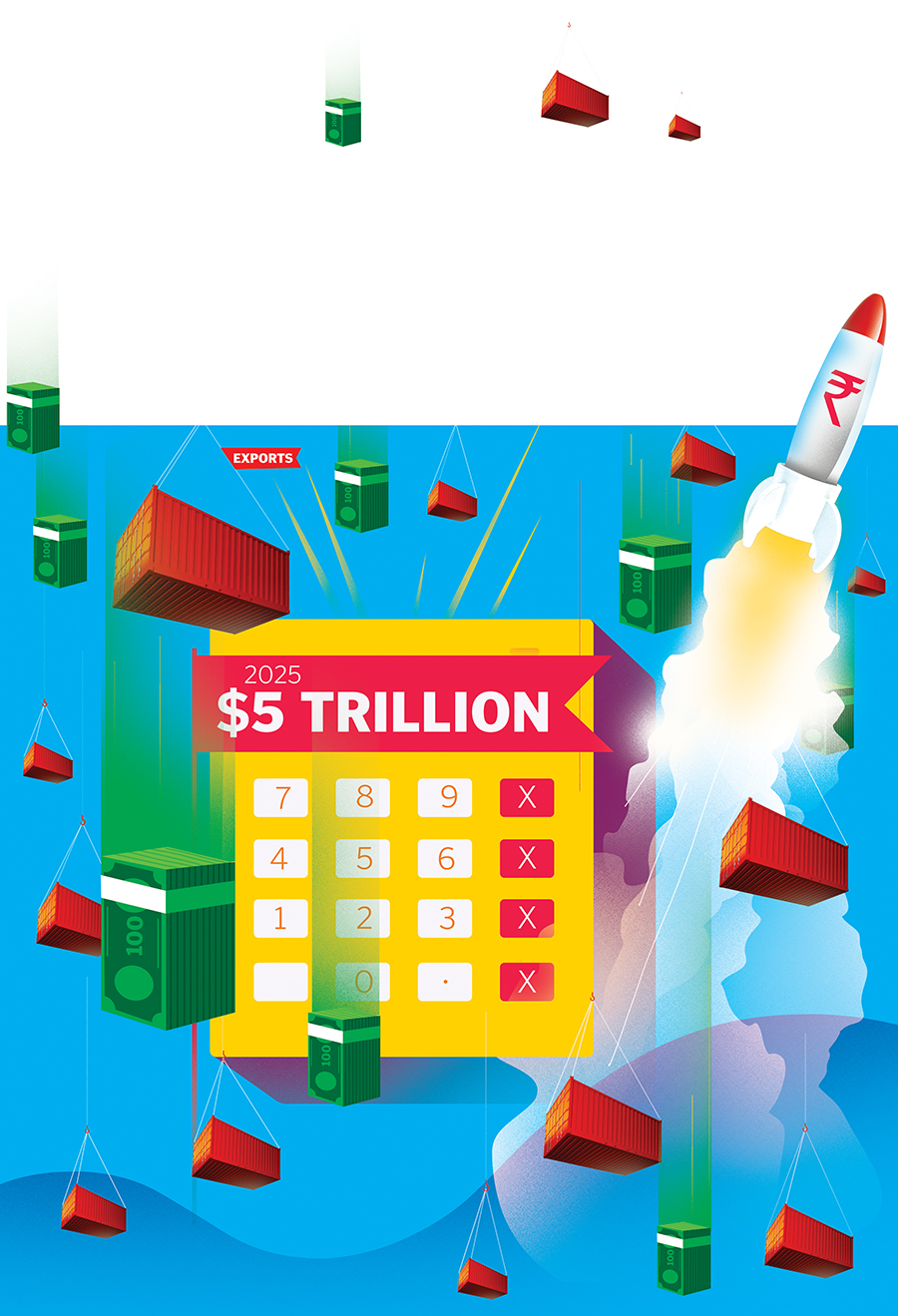 Finance Minister Nirmala Sitharaman faces the most challenging period of her tenure as she prepares to present the Union Budget on February 1. The economy is in the doldrums with the pace of growth slowing at a worrisome pace. According to data released by the Ministry of Statistics and Programme Implementation in January, the economy is forecast to grow at 5 percent for the current financial year, the slowest in 11 years. Labour participation rate is at an all-time low of 42.4 percent as of November 2019 and credit growth from banks has more than halved in 2019 compared to a year earlier.

The government is focusing on structural reforms to stem the rot, but those, at best, will boost economic competitiveness in the coming years. There appears to be no immediate remedy.

Sitharaman thought she had found her mojo to kick-start economic activity last September when she slashed corporate tax rate from 30 percent to 22 percent for local companies. Corporate India and investors lauded the move, resulting in a 5 percent surge in the Sensex index that day. Four months down the line, the cut appears to have failed to move the needle although it was a positive structural move.

The finance minister also announced that there would be no surcharge on capital gains and no tax on buybacks. But this meant a blow of ₹1.45 lakh crore to the government’s tax collections annually, thereby putting more pressure on fiscal deficit. There is also a strong possibility that India could miss its disinvestment target of ₹1.05 lakh crore, having clocked just ₹17,364 crore since April 2019. Missing the target will mean the fiscal deficit will widen further.

Economists say the government’s reforms, by their very nature, are anti-growth, at least in the short term. Most of them have come at a time when non-banking financial companies (NBFC) are getting choked with inadequate access to market liquidity in the backdrop of infrastructure lending giant IL&FS’s collapse. This lowered the ability of NBFCs to provide loans to customers in the auto and real estate sectors—both critical to economic activity—and impacted sales for both. The task ahead is huge, but not unmanageable, according to experts.

Revving the credit cycle
“One of the challenges that the finance minister has is to revive the credit cycle. The IL&FS default and issues at DHFL have led to a situation where confidence of market participants has significantly been impacted. The short-term credit markets and commercial papers remain frozen leading to most NBFCs having to contract their balance sheets,” says insurance giant Allianz’s Asia CEO and CIO Ritu Arora, who is based in Singapore.

As credit creation gets impacted, so does growth. “The government needs to introduce sentiment-boosting measures to reinstate confidence within NBFCs. Quick reviews of the capital position of NBFCs by the Reserve Bank of India (RBI) could be one important measure,” adds Arora.

Though Sitharaman and the government have been proactive in announcing reforms, including the Real Estate (Regulation and Development) Act, Insolvency and Bankruptcy Code and the Goods & Services Tax (GST), the timing has been wrong. “Reforms carry a friction cost and businesses need to deal with them, particularly GST,” says Nitin Jain, CEO of Edelweiss Global Investment Advisory. These reforms were rolled out when monetary policy and market liquidity were relatively tight. “This had increased friction. Growth has been badly impacted,” adds Jain.

Monetary policy has now eased, interest rates are low, but the transmission rates continue to be weak. This means while the RBI lowered its benchmark repo rates—by 135 basis points between February and October—the lending rate for fresh loans has fallen by only 44 percent, according to RBI’s latest data.

The hope was that consumer demand and spending would pick up in the five-month-long festive season which ended in December. Sales of cars picked up by about 5-7 percent during this time, but tapered off soon. Passenger car sales fell by 17.9 percent year-on-year between April and November.

The need for a fiscal stimulus for the real estate and auto sectors is real, which Sitharaman is likely to endorse in the Budget.

Banking on real estate
The illness plaguing NBFCs has spread to the real estate sector, which contributes around 8 percent to the GDP. Unless volumes and pricing for these lenders improve, a lot more NBFCs could be in deeper trouble. “The government needs to create positive sentiment in the real estate, farming and MSME lending segments. While some steps have been taken, more is possible,” says Edelweiss’s Jain. 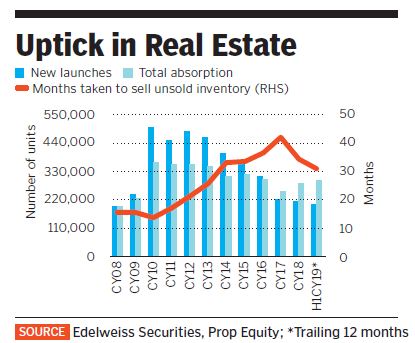 Experts anticipate more sops to revive the sector. The hope is that there is an increase in the deduction of interest of housing loan for self-occupied property. “Currently there is a deduction of only ₹2 lakh on interest paid on a housing loan under Section 24. A hike in this limit will spur housing demand,” says Sharad Mittal, CEO of Motilal Oswal Real Estate Funds. [The deduction limit is ₹3.5 lakh on an affordable housing loan for a first-time home buyer.]

To ease liquidity in the sector, Mittal says there needs to be a more direct approach to resolve the crisis. “The government should look at a one-time restricting of loans by the NBFCs. This will allow them to surpass the current slump in real estate and focus on acquiring assets rather than focusing on generating liquidity,” explains Mittal.

More tax relief
In each budget, every incumbent finance minister is judged depending on the relief provided to personal taxes. For a government that has unabashedly declared itself as pro-poor, there could be more relief for individual taxpayers. Economists and corporate heads Forbes India spoke to are confident that Sitharaman might provide relief for the lowest bracket (starting ₹2.5 lakh income) of the individual taxpayer.

“It will be interesting to see if these recommendations are implemented,” says Hitesh Gajaria, partner and co-head (tax) at KPMG in India. “The 2019 surcharge rate placed taxes for the super-high incomes earned at over 42 percent, but if the basic threshold level and large portion of middle class are given relief in the form of enlarged slabs, it might help by putting more cash in their hands. This might boost individual savings or spending, both of which, in appropriate doses, are salutary to our economy.”

A couple of other areas experts believe Sitharaman should look at are the dividend distribution tax (DDT) and long-term capital gains tax.

Dividends below a total of ₹10 lakh in a financial year are exempted from income tax for all shareholders. But they are taxed for shareholders who reside overseas. The committee to frame the new DTC is believed to have suggested a change in the way dividends are treated for tax purposes and a comprehensive package of measures has been recommended. “If corporate tax reforms in the form of abolishing DDT and reverting to the classical system of dividends taxation are introduced, they will give a hugely positive signal to overseas investors,” says Gajaria.

Fiscal deficit woes
Last year, Sitharaman had set a fiscal deficit target of 3.3 percent for the current financial year. HDFC Bank’s chief economist Abheek Barua says it is likely India will miss the deficit target and it would, in fact, widen. The finance minister met economists from most top banks and financial services firms in December to understand and discuss the pain points in India’s economy.

The economists had told her that it was inevitable that a fiscal slippage would take place and the government would need to consider increasing spending to revive growth. Barua, who was part of the meeting, forecasts India’s fiscal deficit target to touch around 3.8 percent this fiscal. “We might have some kind of explanation for the slippage and then we will attempt to go back to the consolidation path,” says Barua. “If we have to look at things cynically, it will be a Budget which will tend to rankle and we will have to wait for the year to pan out. What might get traction this year is the asset monetisation programme, which had been on the back burner.”

Tweets by @forbesindia
Apple's share price has doubled, but there is a crunch coming – investors should watch out
TopStarTour, your destination management company in Uzbekistan