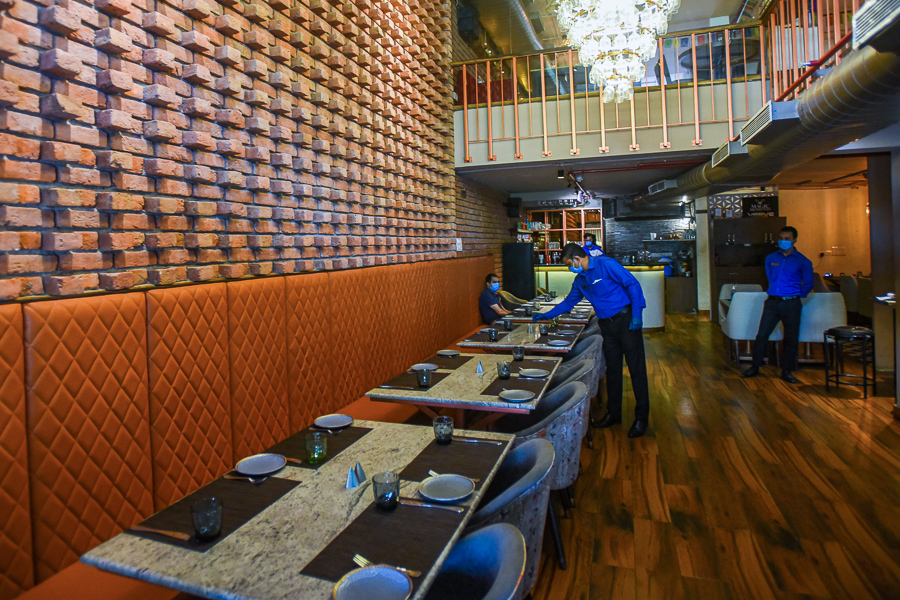 There is low footfall at restaurants like the one here in Greater Kailash, New Delhi with customers keeping away over coronavirus concerns despite relaxations
Photo by Amal KS/Hindustan Times via Getty Images

Finance Minister Nirmala Sitharaman announced a slew of measures for sectors such as infrastructure, healthcare, education, agriculture and a few others, but failed to address three industries—hospitality, entertainment, and travel and tourism—that were perhaps hit the hardest by the pandemic.

“It was disappointing to see that no specific announcements were made for the restaurants industry as well as the overall hospitality and the tourism sector,” says Anurag Katriar, president of the National Restaurant Association of India. As an industry that employs over 7 million people, according to data by the NRAI, Katriar says they were expecting some, if not a lot, support from the government, especially due to the widespread damage caused by Covid-19. Liquidity support, rationalisation of the GST structure for the sector and a policy roadmap on the ensuing ecommerce policy for the food service sector were some of the measures they were looking forward to. “Liquidity support at this stage would have been like an oxygen to us and would have helped us save many businesses, many jobs and helped the economy grow,” Katriar adds. Gurbaxish Singh Kohli, vice president of the Federation of Hotel and Restaurant Association of India, says: “We stand by and come through for the government in its every need, as we did during this pandemic, but we are surprised that the sector could not find even a mention in the budget. Budget 2021 has yet again completely and fully chosen to ignore us.” Not only have restaurateurs felt neglected, even professionals from the travel and tourism industry said they were in for a surprise with no mention of their sector. “The travel, tourism and hospitality industry were among the first hit due to the Covid-19 pandemic and will probably be among the last to realise full recovery. Given that the industry is one of the largest revenue- and employment-generators, contributing to nearly 10 percent of the country’s GDP, we expected budgetary allocations to increase at least by 50 percent,” says Gaurav Aggarwal, founder and CEO, Savaari Car Rentals, an online cab booking aggregator. In addition, they wanted an industry status, support from the government in terms of a tax holiday or reduction of GST to give it a much-needed stimulus, says Chhavi Chadha, founder of Bespoke Tailormade Experiences, a curator of personalised travel experiences. “Another area of focus could have been on lowering the income tax rate on travel companies as it’s difficult to survive with a 30 percent corporate tax rate due to the damage the aviation industry has gone through because of the pandemic,” says Kanika Tekriwal, CEO and Founder of JetSetGo Aviation, a Delhi- based private jet operator and manager. Like the hospitality, travel and tourism industry, the entertainment sector, too, bore the brunt of the months-long lockdown, and had pinned their hopes on sops in the Budget. “We were hoping to see significant relief measures for the film industry but that did not happen,” says Kailash Gupta, chief financial officer, INOX Leisure Ltd. “We hope the robust budget and the reforms aimed at pushing manufacturing and modernisation increase personal incomes and subsequently induce spending on cinema and entertainment.”. Many entertainment SMEs were at least expecting tax relaxations for this fiscal after near-bankruptcy last year, “but that too unfortunately remained unchanged”, says Abhik Choudhury, chief strategist and founder, Salt and Paper Consulting, a consulting firm. “One of the biggest hits was taken by the events industry where many were defaulting in their huge commercial rents. Like the millions of dollars relief their counterparts got in countries like Scotland and Australia, it would have really been a happy thing for them. Only it didn’t. The year you quote Tagore in the budget shouldn’t be the year art and culture is completely overlooked right after an unforgiving year."​ With inputs from Rucha Sharma