Are You Ready For an Earthquake?

Japan is a country that has learnt, the hard way, to be prepared for disaster. And on March 11, this preparedness was crucial in saving many lives 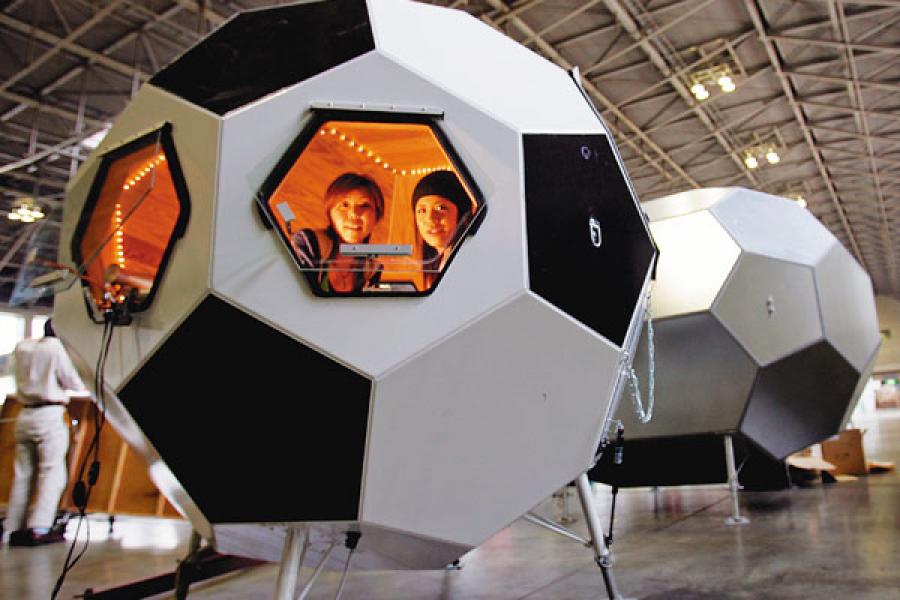 High Awareness: The country marks September 1 as Disaster Prevention Day. That's the anniversary of the 1923 Tokyo earthquake that left 100,000 people dead. The scale of the devastation had made Japan consider moving its capital.

Training, Training, Training: Preparing for an earthquake is a lesson that begins early in school. Children learn how to slip a padded cover on to their heads and duck beneath the nearest desk. Those who are at home have been trained over the years to keep the
front door open in case they have to quickly move outdoors.

Building Norms: The seismic standards of constructions in Japan are among the strictest in the world. People who live or work in the upper floors of buildings know that the structures are quake resistant: They will sway violently, but probably stay upright. This is the case with buildings in cities such as Tokyo.

Buildings constructed in recent times — and Japan has many of these — are built with deep foundations. The most advanced buildings are supported by shock absorbers that allow the structure to move with the earth, rather than against it. Japan changed its building norms in 1981 and further upgraded them in 2000.

High Level of Individual Preparedness: Many households have a basic survival kit of bottled water, dry food, a first-aid kit and torches, along with radios for regular updates that are broadcast.

Instant Information to the People: Television channels immediately switch from their usual list of programmes to live coverage of an earthquake. Names of affected areas are flashed, along with details of the affected areas. A map of the coastal areas that might be hit by a tsunami is constantly shown in a corner of the screen. This method of functioning was prompted by the poor response to the Kobe earthquake in 1995.

Early Warning Systems: Japan has an early warning system, set up in 1952, for tsunamis. It comprises 300 sensors, including 80 aquatic ones, which constantly monitor seismic activity. The system can predict the height, speed, location and arrival time of any tsunami heading for the coast.

Smart City Planning: On the east coast, which is frequently hit by tsunamis, hundreds of earthquake- and tsunami-proof shelters have been built by the local communities through
the 1980s and 1990s. Some cities have tsunami walls and floodgates to prevent the waves from moving inland through rivers.