Lufthansa catches up, hopes to cash in with premium economy segment

Although late to the premium economy segment, it aims to earn €1 billion a year from it 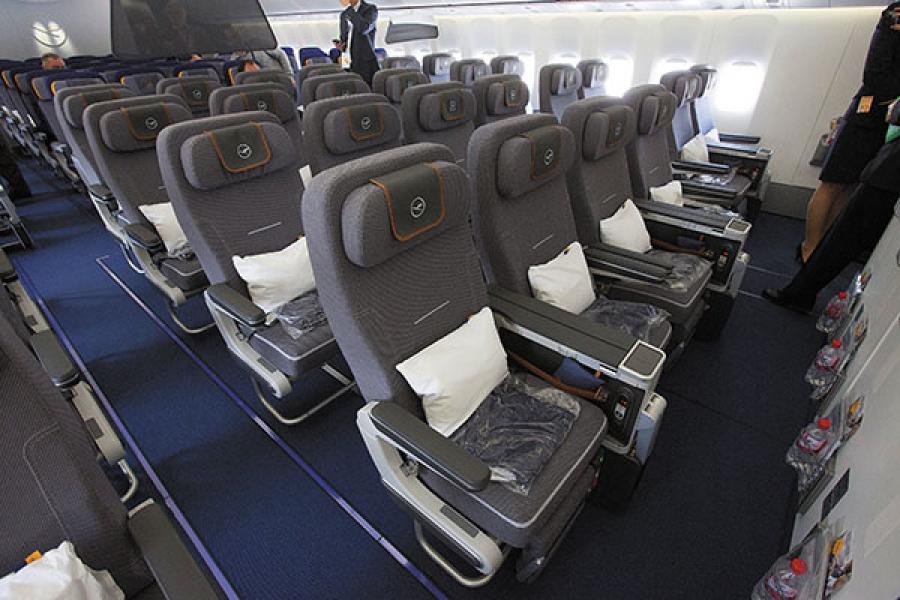 Image: Getty Images
The reclining angle of a premium economy seat in a Lufthansa flight is 17 degrees more than the one in the economy class

Lufthansa, the largest carrier in Europe in terms of passengers, launched its premium economy services last October and a month later for Indian routes. It aims to overhaul its entire long-haul fleet by September or October 2015 at a cost of €100 million.

Now, travellers in a near 10-hour Bengaluru-Frankfurt flight will get food portions served on China tableware.

Seat features and comfort—factors which influence travellers to opt for premium economy —have been improved. The reclining angle of a premium economy seat is 17 degrees more than the one in the economy class.

Talking about being a latecomer to this segment, Annette Mann, Lufthansa’s director (launch management premium economy), says, “The market was just not there [earlier]. Ten years ago, there was little demand for such a segment.”

Experts, too, aren’t reading too much into the late launch. “The premium economy segment emerged from an economic slowdown, changing consumer preferences and improvement in corporate travel policies,” says Amber Dubey, India head of aerospace and defence at global consultancy KPMG.

Lufthansa’s premium economy has a load factor—a statistic used to measure the right number of flights and seating compared to passenger demand—of about 75 percent, and the airline hopes to garner €1 billion each year through its introduction.

Lufthansa saw flattish growth in 2014 revenues of €30 billion and an 82 percent slump in net profit as it battled growing competition from rivals in Europe and from Middle East carriers who operate long routes to North America. Pilots going on strike last year also impacted earnings.

By 2030, however, Lufthansa expects a third of its air traffic demand to flow from the Asia-Pacific region.

The priorities of corporate houses that fly their employees have changed since the economic slowdown of 2008, and premium economy is a viable option between flying business class and economy class. On the other hand, individual travellers who can afford it are willing to spend a bit more for exclusivity.

“The premium economy segment is here to stay. It is a middle-of-the-road product that offers the benefits of both exclusivity and affordability,” says Dubey.

(Travel to Germany for the story was sponsored by Lufthansa)

Tweets by @forbesindia
Volvo pushes growth accelerator
Beyond beanbags: A guide to what makes Google a great workplace