As the pandemic gripped the world, nascent direct-to-consumer (D2C), or digital-first brands, hit the fast lane. The business case was made pre-pandemic for such labels that bypass traditional marketing and rely instead on online influencers to build a customer connect. It has worked, now can they sustain the growth momentum? 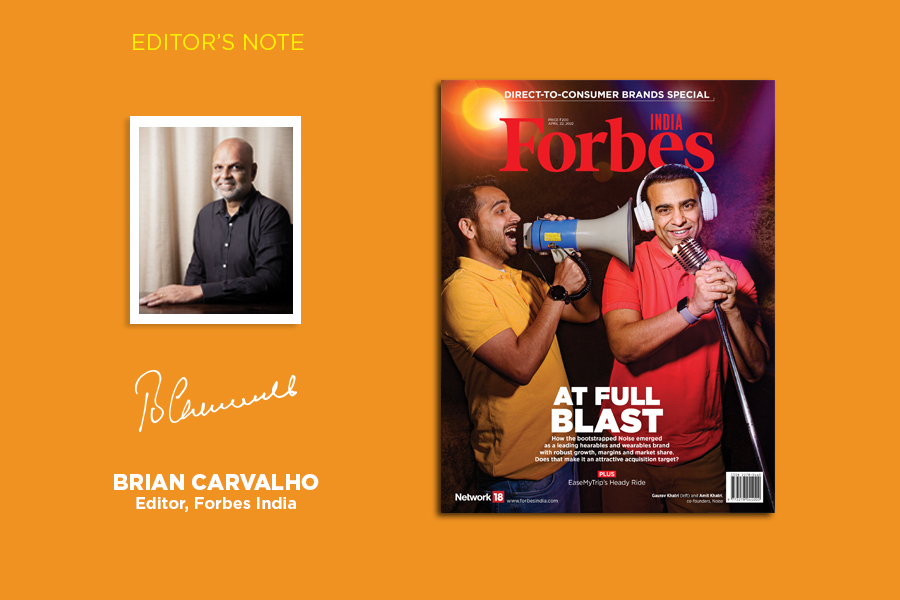 Two years ago, by around this time (mid-April), over a million people globally had got infected by the coronavirus and at least half of the world had ushered in an era of lockdowns, curfews, quarantines. Flights, travel and industrial activity began to grind to a halt. Work-from-home took off, but that was no panacea for deserted factories and broken supply chains.

In the months that followed, digital transformation would shoot out of the well-worn book of buzzwords and play out in spectacular fashion. Commerce, education, health, finance and almost everything else prefixed by an ‘e’ or suffixed by ‘tech’ found their mojo as work, play, tutoring, pathology, punting and purchases went online.

It was also a time when nascent direct-to-consumer (D2C), or digital-first brands, hit the fast lane. The business case was made pre-pandemic for such labels that bypass traditional marketing and rely instead on online influencers to build a customer connect. After all, as of 2020, over 400 million Indians were using the internet, courtesy of affordable smartphones and data plans. The Economic Survey of India 2021-22 says India crossed 800 million internet subscribers in 2021-21.

Yet, when the virus struck, many of these brands had just begun their journey. Consider Mamaearth, a then little-known but highly-differentiated (toxin-free) baby and mother care label. When Forbes India’s Rajiv Singh—anchor of the current D2C package—unearthed the September 2016-founded startup months into the lockdown, the growth and funding were just beginning to show. From ₹5 crore in financial year 2018, sales had shot up to ₹110 crore in FY20. It had raised some $22 million, including an $18.14 million round in January 2020, then considered the biggest for an internet-first digital company.

Now consider the fillip Mamaearth received during the pandemic. In FY21, sales surged over four-fold to ₹461 crore, and the startup entered the black in style with a post-tax profit of ₹24.6 crore. The funding subsequently poured in—$52 million of it in a Series F round, catapulting Mamaearth into the billion-dollar valuation club.

That’s the power and potential of D2C brands, which traditional consumer companies are recognising and eyeing—particularly those with a definite path to profitability. The Forbes India cover story this fortnight is on Noise, an eight-year-old startup that’s a rare gem in a cluttered and competitive space; it is comfortably profitable with robust annual sales growth, margins and market share in the categories it operates in: Wearables and hearables. And all this when it is bootstrapped.

The options for the founders are many: Continue growing with the help of internal accruals, raise venture capital for even more aggressive growth, take the company public or become part of a larger conglomerate. In early March, Mint had reported that Tata watch and jewellery maker Titan was in talks with Noise, a development the founders denied and the former did not wish to comment about to Forbes India. But as Singh, who wrote the cover story, says, Noise may have to make a move soon to bankroll its next phase of growth.

Noise is just one of the 10 D2C startups we have covered this fortnight. The others include a beauty and personal care marketplace that is addressing the needs of consumers in smaller cities and towns; a clean beauty (100 percent vegan, cruelty-free and toxin-free) label that has Unilever among its backers; and an ultra-thin premium baby diaper label from the founders who introduced the Paree brand of feminine hygiene a decade ago. The opportunities in an increasingly digital marketplace are crystal clear, but there’s also a challenge: To maintain the lockdowns-induced momentum in a post-pandemic world.