India has a rich tradition of corporate philanthropy, with family foundations of the Tatas, Godrejs, Birlas and Bajajs, among others, doing their bit for nation-building and social welfare. Yet, almost a century later, those efforts aren't proving enough, inadequacies exposed by Covid-19 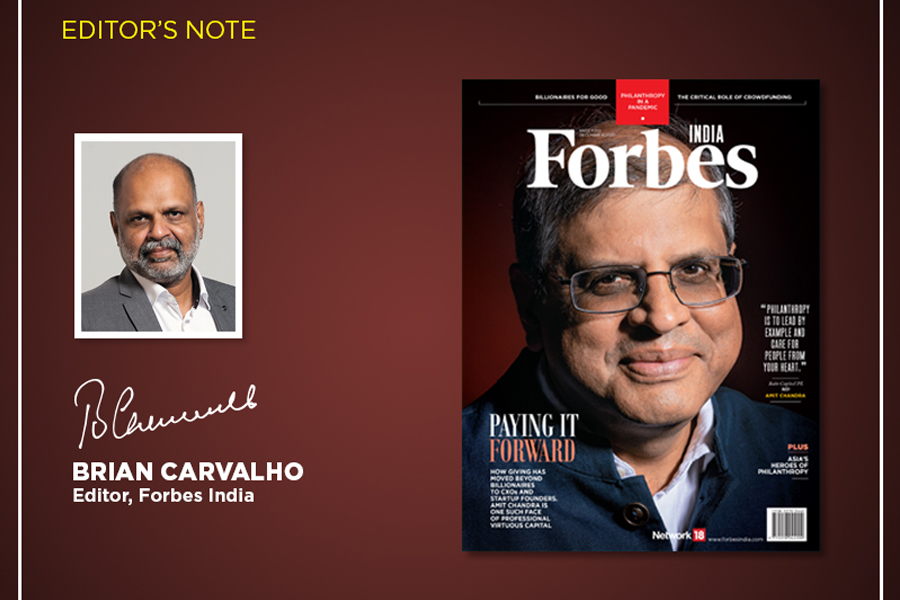 In The Great Influenza: The Epic Story of the Deadliest Plague in History (2004), author John Barry writes about the influenza virus that may have originated in the United States (US) in 1918 and spread world over in the next two years. By the time it faded, it would kill perhaps up to 100 million worldwide, more than any other outbreak in human history. Barry’s tale is about how the US responded to the influenza: By revolutionising medicine. And it was a few good men and women of medical science, in step with a handful of charitable funds, who drove this transformation. Decades before World War I and the influenza pandemic, in 1873, entrepreneur Johns Hopkins—one of the wealthiest Americans in his time—left behind a trust of $3.5 million to build a university and hospital. The Johns Hopkins University was founded in 1876, and the medical school in 1893. Hopkins’s physicians would in the decades that followed pioneer research on epidemics that would save millions of lives. The US in the 20th century became a force in medical and scientific research, thanks to the philanthropic efforts of the likes of industrialists Andrew Carnegie and John D Rockefeller; the duo has their names on two of America’s most respected philanthropic organisations, the Carnegie Institution of Washington and The Rockefeller University. One lesson from the Great Influenza is that, along with governments, you need billionaires to step up to improve, among other things, health and educational infrastructure. India, for its part, has a rich tradition of corporate philanthropy, from pre-Independence days, with family foundations of the Tatas, Godrejs, Birlas and Bajajs, among others, doing their bit for nation-building and social welfare. Yet, almost a century later, those efforts aren’t proving enough—not at least on the public health front, where the Covid-19 pandemic has exposed the inadequacies. The short point: Charity has to involve more of the super-rich—even as it trickles down beyond corporate foundations to high net-worth individuals. And the latter may have well begun to happen, as Divya Shekhar observes in this fortnight’s cover story, ‘Virtuous Capital’. From professional CEOs and bankers, to venture capitalists and startup founders, the giving movement is finding more followers. On the cover is Amit Chandra, managing director of Bain Capital Private Equity India, perhaps the only professional in the top league of Indian philanthropy. As Divya writes: “The banker-turned-PE investor led many diverse Covid-related health programmes, including building a 219-bed ICU facility operated by the Mumbai municipal corporation, and donating close to one lakh PPE kits, 29,350 N95 masks, eight ventilators and five oxygenator machines across Maharashtra and Rajasthan.” If you’re not a corporate honcho, is there a role you could play in saving lives and livelihoods? Indeed there is, thanks to a handful of crowdfunding platforms which, as Manu Balachandran writes, have helped raised millions of rupees, with individual donations starting from ₹1 and going up into tens of thousands. Yet, the heavy lifting will have to done by those at the top of the wealth pyramid. Can India find its Hopkins? Pankti Mehta-Kadakia reckons it’s not only about putting names on institutions but providing the funds and commitment to go deep into communities to create grassroots change. Don’t miss ‘Billionaire for Good’. Best,
Brian Carvalho
Editor, Forbes India
Email:Brian.Carvalho@nw18.com
Twitter id:@Brianc_Ed

Tweets by @forbesindia
Sashakt India: A growth roadmap for Indian MSMEs
Cover story: How philanthropy has moved beyond billionaires