From vanity to sanity: India's unicorns need a path to profits

The nature of venture capital is such that bets are made largely based on future success. That explains why the bulk of VC money can be tracked to startups sailing in a sea of red 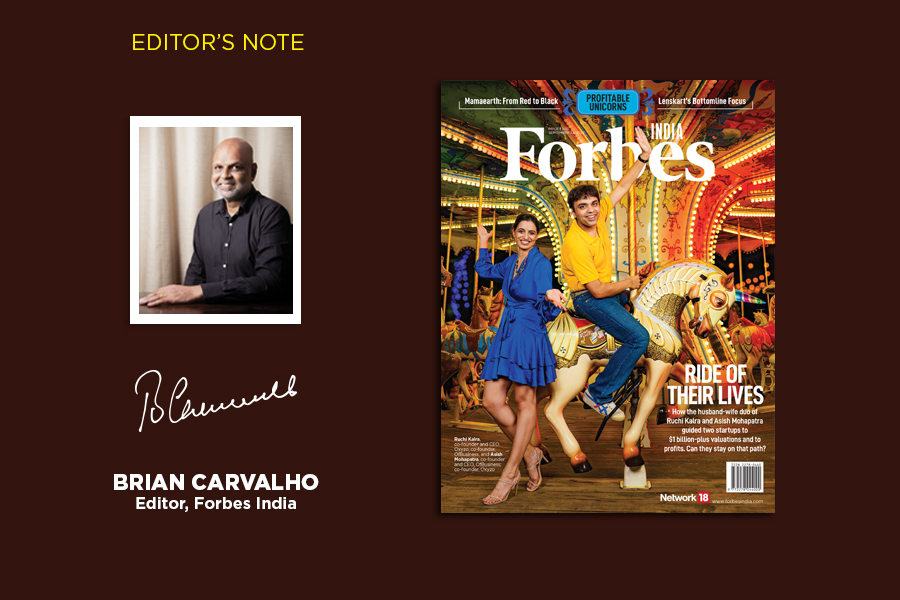 One of the more popular adages that has been part of investing folklore from Wall Street to Dalal Street goes this way: “Revenue is vanity, profit is sanity and cash is king.” In tandem ran the truism that, along with prospects, current earnings are an imperative to determine a business’ intrinsic value. This contrasts with market value, which is often sentiment-driven.

Then came venture capital (VC), and the need to value businesses—essentially startups—differently. For the simple reason that these business models are at an early stage, without profit and often without even revenue. VCs, for their part, have an exit in mind—in typically three to seven years—and accordingly work backward to arrive at a post-money valuation. What is more, VCs are aware that just one or at best two investments will deliver outsized returns, and another two or three will fail spectacularly.

So, in essence, the nature of venture capital is such that bets are made largely based on future success and the inevitability of duds resting in the portfolio. That explains why the bulk of VC money can be tracked to startups sailing in a sea of red. Consider the 100-plus member boat of unicorns (ventures valued at $1 billion and over), where four of five ventures are steeped in losses. This has resulted in the old street wisdom being rewritten to: Valuation is vanity, with sanity and the king going out of the window.

Not across the board, however. In this current issue, Forbes India shines a light on the 20 percent unicorn club: Those that seem to have it all going their way (at least for now): Valuation, growth and a bottom line to boast. A couple of caveats at this point would be prudent: One, current profitability is no guarantee that these businesses will continue to tread the black line. And the flip side holds true, as well; that many of those ventures that are in the red today may well be willing to sacrifice the bottom line in the short term at the altar of growth. Their path to profitability may be well chalked out, with the goal expected in three to five years—Amazon, famously, notched up its first annual profit nine years after it was founded. Even after turning profitable in 2003, the etailer pumped much of the cash it generated into new businesses like Prime and AWS.

Not all startups, however, will be as lucky to have that opportunity. What’s clear, though, is that India needs many more unicorns to find the road to profits and viability. As Ashish Sharma, managing director venture debt fund InnoVen Capital, writes: “With 100+ unicorns and a few public companies, where millions of retail investors have reposed their faith, it’s important that we see the emergence of more enduring and sustainable business models coming out of India.”

A Forbes India team led by Rajiv Singh picked a handful of unicorns basking in the profit zone and analysed their capability to stay in it. Our cover story is on a unique husband-wife who have nurtured two unicorns, both profitable. As Ruchi Kalra, co-founder of Oxyzo Financial Services, a digital lending startup, tells Singh: “Profit has to coexist with growth.” Husband Asish Mohapatra, who guided OfBusiness into the unicorn club, would agree.

Cryptocurrency and online gaming are two white-hot sectors that have attracted dollops of funding. Their millions of users have also ensured profitability for the unicorns. But will the going be as good as it has been so far? Salil Panchal and Naini Thaker identify a few of the potential roadblocks and how these businesses plan to navigate them.