While they may bring several benefits, many issues need to be sorted out before they can become a reality 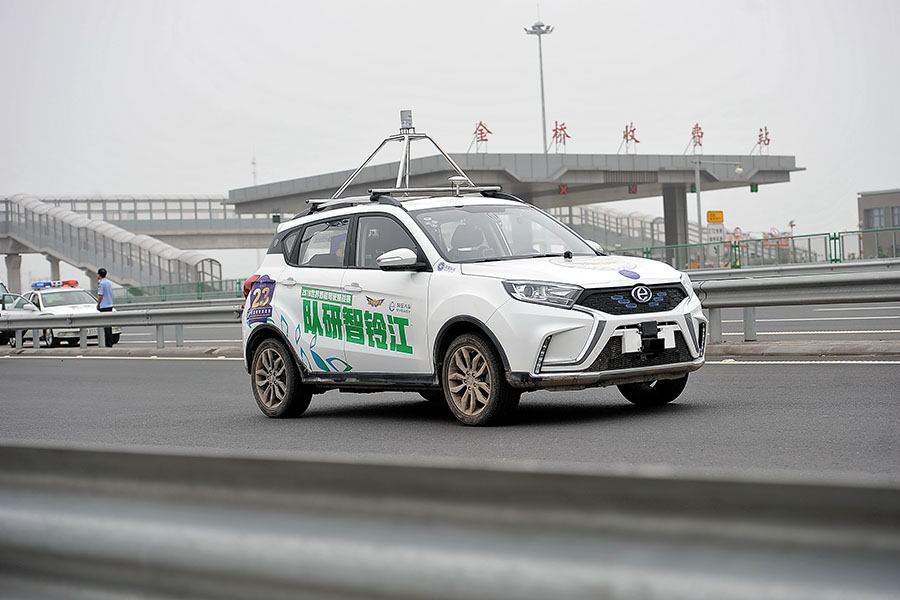 An unmanned car in Tianjin, China, before the World Intelligent Driving Challenge this May
Image: VCG / VCG via Getty Images

In early September, California’s road driving authority confirmed that a self-driving car owned by Apple was involved in an accident on August 24. A BBC report on the accident said: “Humans were unhurt, but the machines suffered moderate damage.” It also pointed out that Apple has 66 such cars on the roads.

What is it about self-driving cars that companies like Apple, Toyota and Uber are interested in them? Yuval Noah Harari, author of bestselling books like Sapiens: A Brief History of Humankind and Homo Deus: A Brief History of Tomorrow, explains the phenomenon in his new book, 21 Lessons for the 21st Century.

Close to 12.5 lakh people are killed in traffic accidents globally every year. This is twice the number of people killed because of war, crime and terrorism, added up. As Harari writes: “More than 90 percent of these accidents are caused by very human errors: Somebody drinking alcohol and driving, somebody texting a message while driving, somebody falling asleep at the wheel, somebody day dreaming instead of paying attention to the road.”

Harari says the number of deaths and injuries due to road accidents can be reduced by 90 percent if cars driven by human beings are replaced by driverless cars. In the process, 10 lakh lives a year can be saved. And that is a big number.

The question is what advantages do driverless cars have over cars driven by human beings? Writes Harari: “Every vehicle is an autonomous entity; when two vehicles approach the same junction at the same time, the drivers might miscommunicate their intentions and collide.” On the other hand, all self-driving cars can be connected to one another, as part of a single algorithm. “When two such vehicles approach the same junction, they are really not two separate entities—they are a part of a single algorithm. The chances that they might miscommunicate and collide are therefore far smaller.”

Over and above this, if the transport authority changes any regulation, all self-driving cars can be updated for that, at the same time. The same cannot be said about human beings driving cars.

Self-driving cars will bring down the cost of taxis over a period of time. This will lead to fewer people buying cars. Eventually, it will be better for the global environment. Also, if fewer cars are bought, fewer parking slots will be needed.

As Hector MacDonald writes in Truth: How the Many Sides to Every Story Shape Our Reality: “[Driverless cars] don’t need to be parked in the city centre, so we can turn acres of premium city land currently devoted to parking spaces into profitable developments or amenities such as parks and playgrounds.”

While all this sounds terrific, it might take many years before the idea of self-driving cars becomes a reality. There are several reasons for this:

In fact, in their research, the authors found that in a hypothetical scenario, people said that a driverless car that is about to run over pedestrians and kill them, should try and protect the pedestrians even if it comes at the cost of killing the owner of the car.

The people were also asked if they would want to buy a car that is so programmed. The answer, not surprisingly, was no. To conclude, many issues need to be sorted before a driverless car can become a reality across the world.

The writer is the author of the Easy Money trilogy

Tweets by @forbesindia
Bilibili: Show me the money
Healthcare for all: Accelerating to a healthy future