The mobility of the rich 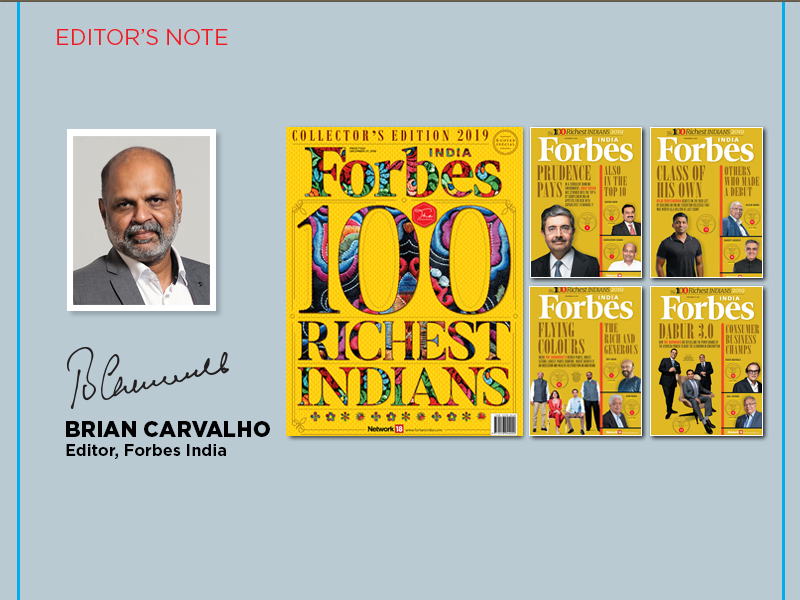 Dragging Economics Nobel laureates who won for their work on finding new ways to tackle poverty into an edition that celebrates India’s richest may have you wondering where this is headed. That one half of the duo was born in Kolkata and educated in Delhi’s Jawaharlal Nehru University may have you pondering the relevance of Esther Duflo and Abhijit Banerjee in an issue in which self-worth and net worth mostly go hand in hand. Duflo and Banerjee also have their most recent book out, Good Economics for Hard Times (Juggernaut Books). Their analysis of the misplaced fears around migration—what “may be the single most influential political issue in the world’s richest countries”—set me thinking about the origins of the entrepreneurs on the Forbes India Rich List.

When the authors talk about migration, they include people who move from villages to big cities in a vast country like India. Like the migrants of Bihar and Uttar Pradesh (UP) who gravitate towards Delhi; or Ramesh Juneja (No 58 on the Rich List) who moved from Meerut in UP to the national capital.

Duflo and Banerjee conclude that “migration seems to make most people, migrants and locals, better off… A lot of them bring exceptional talents—skills, ambition, patience and stamina—that helps them become job creators, or raise children who will be job creators.” The book refers to a report by the Center for American Entrepreneurship of 2017 that suggests of the largest 500 US companies by revenue, 43 percent were founded by immigrants or the children of immigrants. “Steve Jobs’s biological father was from Syria, Sergey Brin was born in Russia...”

The father of Forbes India Rich List topper Mukesh Ambani was born in Chorwad, Gujarat, and migrated to Aden in Yemen when in his teens. Dhirubhai Ambani returned to India to start a small yarn trading outfit that has grown over decades and generations into a petrochem, refining, retailing and digital solutions empire worth over ₹9 lakh crore, or roughly $127 billion.

Shiv Nadar, who was born in a village in Tamil Nadu’s Thoothukudi district, is now worth $14.4 billion, thanks to HCL Tech, the IT services giant he built. Azim Premji’s family has its origins in Kutch, Gujarat; his father built a cooking oil and soap company in Amalner, a small town in Maharashtra and, like Nadar, is an IT services czar and philanthropist par excellence, now based in Bengaluru.

Then there are those of Indian origin who earned much of their billions, and respect, overseas. SP Hinduja was born in Karachi in an undivided India before, along with his brothers, building a conglomerate headquartered in London. Steel baron LN Mittal, who was born in a small town in Rajasthan, is also based there. And there is a clutch of southern billionaires, from MA Yusuff Ali and Ravi Pillai to BR Shetty and Sunny Varkey, who have built their empires in West Asia. While globalisation in itself encourages and eases migration, the reverse is also true: Entrepreneurs who have seen life in different geographies are more likely to think of the world as their market.

Click here for more fascinating insights on the 2019 Forbes India Rich List, helmed by Asia Wealth Editor and India Editor Naazneen Karmali, turn to page 144. You will also find engaging features on some of the more enterprising on the list by the Forbes India team. Look out for two themes: One, of misfortune changing one’s mindset and life plans and, two, the role of chance (along with choice) in a billionaire’s journey. Best,
Brian Carvalho
Editor, Forbes India
Email:Brian.Carvalho@nw18.com
Twitter id:@Brianc_Ed