Floyd Cardoz: The chef who made Indian food sexy

The 59-year-old, who succumbed to Covid-19 on Wednesday, not only reimagined the cuisine with The Bombay Canteen and O Pedro, but also served the US, among the toughest markets in the world, food that was far removed from the worn-out paradigms of greasy biryanis and North Indian gravies 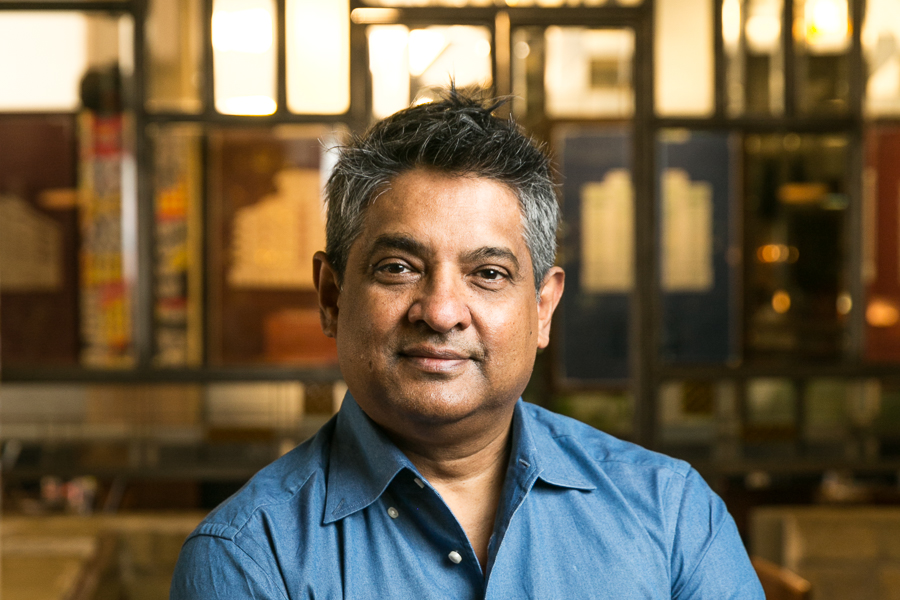 The Indian restaurant industry is in shock on hearing of the demise of chef-restaurateur Floyd Cardoz, who succumbed to the coronavirus in the US on Wednesday. Many had never met him or even eaten at any of his restaurants, but everyone knew his reputation. I didn’t know Cardoz very well either. We met several times at events and parties organised by The Bombay Canteen but our conversations were short and courteous. There was no trace of stardom or arrogance in him. He was always polite, engaging and curious; in one of our conversations I mentioned a small restaurant I had discovered serving Gomantak-style vajri (stomach). His ears perked up and he immediately took down the name of the restaurant and its location. I don’t know if he actually went, but what stood out was that he was as interested in small, local eateries as the trending new restaurant. Cardoz first came to my attention sometime in the early noughties when I heard of an Indian restaurant in New York making waves. Restaurateur Danny Meyer, of Union Square Café and Gramercy Tavern, was already famous, but his Indian chef-partner, Floyd Cardoz, was a relatively unknown entity. (I didn’t even know he was a Bombay boy, or that his brother was the much-adored singer Kim Cardoz.) I never ate at Tabla, or any of the other restaurants he would go on to open in New York, so I don’t know what he put on the menu. But I do know this; he made Indian food sexy in one of the toughest markets in the world. Indian food in America consisted mostly of stodgy North Indian cream, nut and tomato-based gravies and the usual complement of greasy biryanis and pulaos. No one could, or wanted to, think outside of this worn-out paradigm. It was precisely why Cardoz and a generation of chefs like Vineet Bhatia and Atul Kochhar had fled India. They realised that Indian restaurants in India, too, were not willing to reimagine Indian cuisine. While most chefs headed to the UK, Cardoz moved to America, where the challenge was even greater. While the British were familiar with Indian food and there were plenty of Indian restaurants, this was (and still is) unfamiliar territory to America. Tabla’s success was, therefore, more impressive; not only did Cardoz show New Yorkers a new facet of Indian food, but his success made things easier for the next generation of Indian chefs. The Bombay Canteen (TBC) has had the same effect on Indian restaurants in India. As the co-founder and culinary director of Hunger Inc, which runs The Bombay Canteen (TBC), O Pedro, and most recently, the Bombay Sweet Shop, Cardoz was responsible for the culinary philosophy of the restaurants. However, I would be remiss to lay all the credit or the criticism at his feet; I have no doubt that co-partners Sameer Seth and Yash Bhanage and executive chef Thomas Zacharias have made some vital contributions to the food and menu.

Until TBC opened, both Indian Accent and Gaggan followed the same model for modern Indian food—an intelligent menu in a fine-dining setting. TBC made modern Indian food fun; it made it witty and casual. Even when it was intelligent, it was not cerebral, it was new and unexpected. It was homely, warm, friendly, but always slightly unfamiliar. Cardoz didn’t want to just create memories, he wanted to celebrate the food of the city, the food which everyone ate but no one wanted to put on the menu—​the mandeli fry which every seven-figure earning CEO ate when he was just a sales executive and could only afford a dive bar; the Kejriwal that once could only be found on the snooty Club circuit; or the pork vindaloo unexpectedly paired with methi theplas. Instead of blindly playing by the rules, Cardoz offered a different vision of Indian food; one that could be grounded in tradition and history but still novel and fun.​ And for that, we will always be grateful to him.

Tweets by @forbesindia
Comic: Life in a lockdown
The psychology behind Coronavirus panic buying