IBM: A walk in the cloud 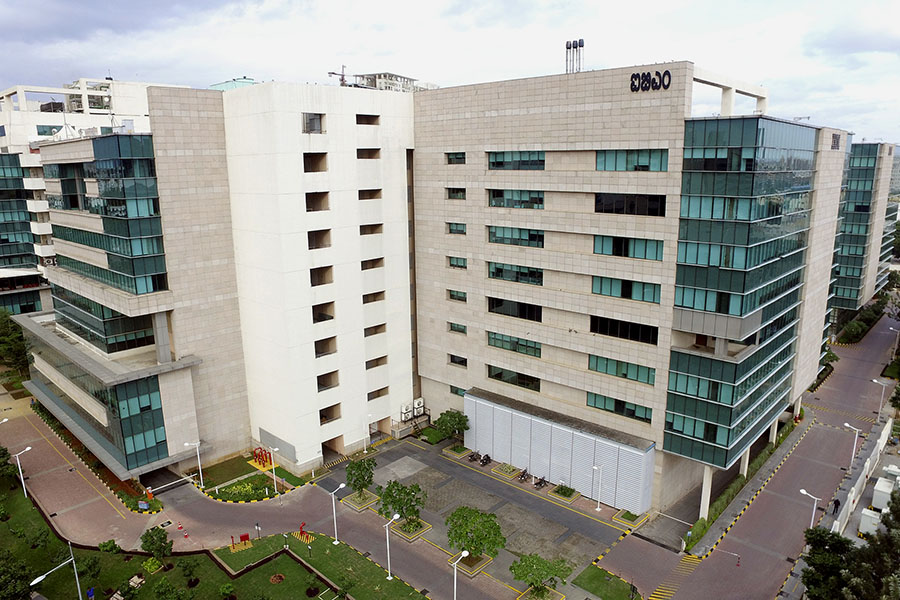 To help governments across the world get credible information on Covid-19 and answer people’s queries related to the coronavirus, IBM in April launched its ‘Watson Assistant for Citizens’. It sits on the company’s public cloud and brings together multiple technologies, including natural language processing and artificial intelligence (AI) search capabilities, to understand and respond to questions about Covid-19. “The coronavirus pandemic has altered nearly every aspect of our personal and professional lives. IBM developed the Watson Assistant for Citizens to provide an AI-powered virtual agent that helps governments deliver accurate information to citizens, without overwhelming contact centres where human agents are needed to help those who need them,” says Gargi Dasgupta, director of IBM Research India and CTO of IBM India, South Asia. “To introduce this offering in India, IBM Research trained Watson Assistant to answer queries in English and Hindi.”

Watson Assistant for Citizens taps available data from external sources, including the Ministry of Health and Family Welfare and other government sources, for prevention and treatment-related guidance, citizen welfare schemes in India, as well as global resources such as the World Health Organization and US Centers for Disease Control and Prevention. IBM is delivering this service across the US as well as engaging with organisations in countries such as the Czech Republic, Finland, Greece, Italy, Poland and Spain, among others. It’s an indication of how the company is changing. “Over the last few years, the IBM business model has evolved. It has shifted to being more of a cloud and cognitive enterprise,” says Sandip Patel, managing director of IBM India and South Asia. “What used to be a hardware-software mix of services is today starting to become a cloud, software and services enterprise. The organisation is moving towards as-a-service software and related services.”

IBM Watson is the company’s suite of enterprise-ready AI services, applications and tools. The company is also focusing on building industry-specific solutions and platforms. Among this is a public cloud—compliant with the regulations of the banking industry in the US—where IBM has collaborated with Bank of America. It is also working with clients in co-creation mode for platform development. The Armonk, a New York-based company, is co-investing in platforms that it is building with clients and even selectively partnering with competitors. For example, some cloud technologies it has developed have been with companies such as Wipro and Infosys. In the insurance sector, IBM and Italian insurer Groupama collaborated to build an internet of things (IoT)-based platform for insurers. With Metlife, it has built a digital platform that sits as a virtual system on the IBM cloud, which is operated by IBM for Metlife on a pay-as-you-go model. The platform will eventually be offered to other insurers as well. “The Watson Assistant was developed and launched out of India,” says Patel. “Think of IBM India as a microcosm of IBM Corp.” It has all the brands and areas of focus that IBM has worldwide, including its research and systems labs. Three Pillars IBM’s strategy is based on three pillars, explains Patel. “We have a firm belief that data is fast becoming the next natural resource and industries and organisations will be transformed based on data,” he says. However, the nature of data is changing and a lot of data tends to lose relevance within nanoseconds after it’s created. The ability to access that data and make sense of it for appropriate decision-making and business relevance in real-time becomes critical. The second pillar is about application of data. It is about ensuring that the data at hand can be trusted, and deriving value from it. This is about using data to augment human intelligence, making it available at the right points in the decision-making process and making it relevant in a way that it can help businesses modernise. Also, ‘digital ecosystems’ are arising with the proliferation of digital technologies. IBM is helping its clients become relevant in those digital ecosystems by building modern business models and reshaping some of their standard business models. “With every dollar that is invested in IBM, the focus is on these [three] priorities,” says Patel. Going Cognitive  Central to IBM’s investments is its cloud computing and cognitive offerings. “These have multiple sub-businesses,” says Vikas Arora, vice president for cloud and cognitive software and services for IBM India and South Asia. “There has been a huge amount of focus on containerising [packaging software applications so that they run glitch-free in multiple environments] all our portfolio, especially since the acquisition of Red Hat.” Last year, IBM acquired Red Hat—one of the largest open source technology providers—for $34 billion. The deal paved the way for IBM making available a large number of its software products on any cloud that its customers wanted from any cloud vendor and on its own cloud as well. With Red Hat technologies called OpenShift and Kubernetes, IBM became a leader in providing highly flexible hybrid clouds—a combination of customers’ own IT and third-party cloud environments. 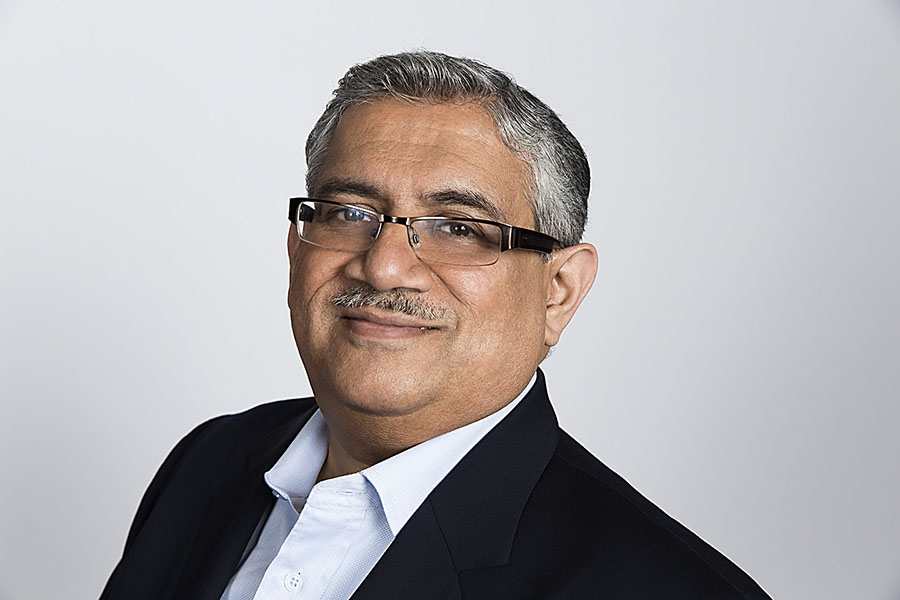 IBM’s investments also reflect a shift in the industry. “A fundamental shift that has happened in the last couple of years is a clear move from classic IT to business IT,” says Lingaraju Sawkar, general manager for global tech services at IBM India and South Asia. Classic IT was about companies spending on their own large hardware requirements and business management software such as SAP. Business IT is about investing in technologies that help companies get an improved sense of their end-user consumers and better engage with them. In banking, for example, business IT translates to digital services aimed at getting more customers, retaining existing ones and offering them personalised services. IBM has worked with the State Bank of India in the area by designing, building and managing the bank’s Yono platform. It comprises a mobile app and website that account holders can use to access the bank’s services. In the automotive sector, IBM worked with one of the largest car makers in the country in the area of connected cars. It built a cloud-based solution that used IoT technologies to help consumers with safety and security features, while also collecting valuable telematics data about how the car was being used. This became another revenue stream for the auto maker because insurers, for instance, were interested in the data to tailor-make car insurance offers. IBM is also helping the car maker find ways to entice the customer back to its own service centres instead of third-party service providers. “IBM India has successfully led digital transformations in large, complex environments. It has demonstrated its cross-industry sector impact in digital transformation journeys for a diverse set of enterprises, including the State Bank of India, Vodafone Idea, Airtel, and beyond,” says Dekate. Customer Implementations The combination of AI and investments in cloud computing and related technologies translates to helping customers modernise their businesses, says Patel, citing various examples. For example, IBM is working on a digitalisation makeover with one of the largest banks in India, helping it create a customer retail platform. The company is revamping an over 800 TB data warehouse, which it had built for the bank several years ago. It is now building a next-generation data warehouse and a big-data solution that will be built and managed for the bank. “This is an example of digital transformation where we are helping a customer reshape its data organisation and data structure to bring it to the next generation of data applications for business,” says Patel. Another example is iQuippo, a digital marketplace for infrastructure equipment that is part of Srei Infrastructure Finance. Through late last year and early 2020, IBM developed with it a digital marketplace that brought together all participants in equipment finance under one roof. The result was a digital co-lending process for infrastructure finance in the country. iQuippo has become the first such company in the country to digitalise co-lending across banks and NBFCs, and this now offers their customers the option to choose from different financial institutions. The solution negotiates with potential borrowers on behalf of the lenders and customises offers according to their financial needs. “This is something that we built for India and the intent is take it overseas to other markets where they are operating as well,” Patel says. Bestseller, an apparel fashion group, aims to become an AI-driven enterprise, and uses IBM Watson to predict fashion trends. It is leveraging AI in collaboration with IBM to determine the right assortment for every store and predict the next products to incorporate into their mix, apart from improving the efficiency of its supply chain. IBM is using Watson to mine Bestseller’s data and forecast items that should be available in its stores. Today it has about 85 percent retail and 15 percent online sales. Challenges of customers

Before the Covid-19 pandemic, these customer implementations reflected the challenges businesses faced—mostly, a gradual shift from physical stores or branches to online transactions. Today, that shift is even more urgent and necessary. Businesses are rushing to get their fair share of the digital consumer base that is beginning to play a dominant role in any market. This is particularly true of financial services. The focus on digital transformation is to both retain existing customers and get access to new ones. “A lot of the work we’re doing with clients has focussed on how they get the customer engagement models right,” says Patel. The second challenge—and it is tied to the first—is about making the core IT capital-light. Many organisations have large investments locked up in legacy systems and on-premises infrastructure. The focus is on not just digitalising operations but also freeing up capital from the core IT by moving to the cloud or managed operations. Companies are beginning to move from business management software such as SAP or Oracle to cloud-based solutions. This frees up money and gives them more flexibility and agility to sense and respond to changes in the markets. “The first question that every single CXO I spoke to was ‘how do we free up capital from our legacy systems and become a lot more agile and cost efficient?’,” says Patel. Now, having gone through lockdowns, enabling compliance, resilience and having flexible work--from-home models are important for clients. “Over 97 percent of our workforce is working from home,” says Patel. However, there are clients who have not invested in these capabilities and are therefore unable to allow either their own employees or IBM staff working on-site to work from home. Determining how to virtualise work through the cloud will also play a key role. Many companies are yet to move their mission-critical IT to the cloud. This will evolve into hybrid clouds. The ability to have enterprise-grade cloud will become important around the world, including in India.

Tweets by @forbes_india
OPPO's Find X2 Series catapults the brand to the top of the premium smartphone market
Zain and Farhaz Kheraj started their business, TrustMySystem, with a leap of faith and became massively successful